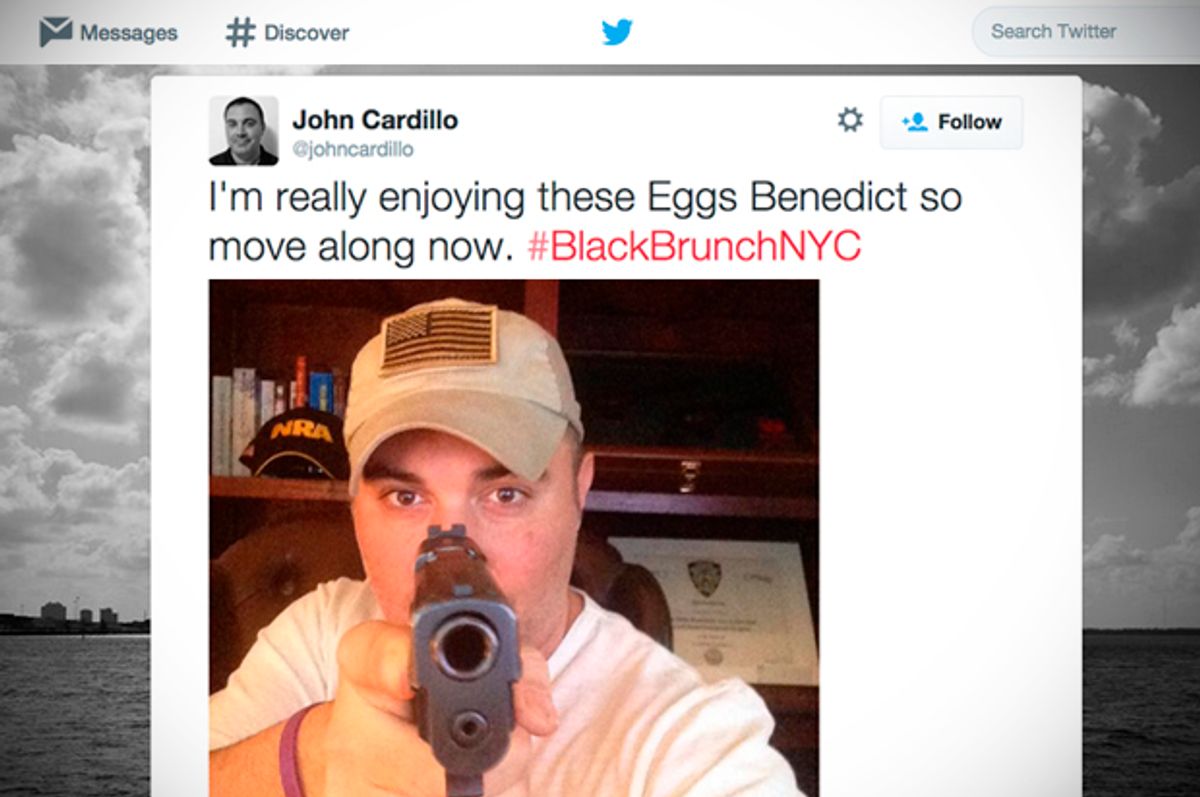 On Sunday, protesters in New York City and Oakland, California, organized a series of demonstrations under the moniker "Black Brunch" in an effort to disrupt predominantly white spaces -- namely, places that serve brunch. In New York, more than 30 people gathered in upscale restaurants like Lallisse, Maialino and Pershing Square, reading names at each stop of black Americans who had been killed by the police. Others tweeted support with the hashtag #BlackBrunch.

"Every 28 hours, a black person in America is killed by the police," said the protesters, according to Yahoo News. "These are our brothers and sisters. Today and every day, we honor their lives."

A former NYPD officer and contributor at the Blaze John Cardillo won the day for the most alarming response to the demonstrations, with the below tweet:

Some called the message a threat, Cardillo called the post an "experiment," I personally think it seems more like an intentionally inflammatory attempt at macho bravado.