Celebrity cameo season: TV guest spots to get excited about in the new year

From Seth Rogen on "Broad City" to Ana Gasteyer on "Girls," there's a lot to look forward to 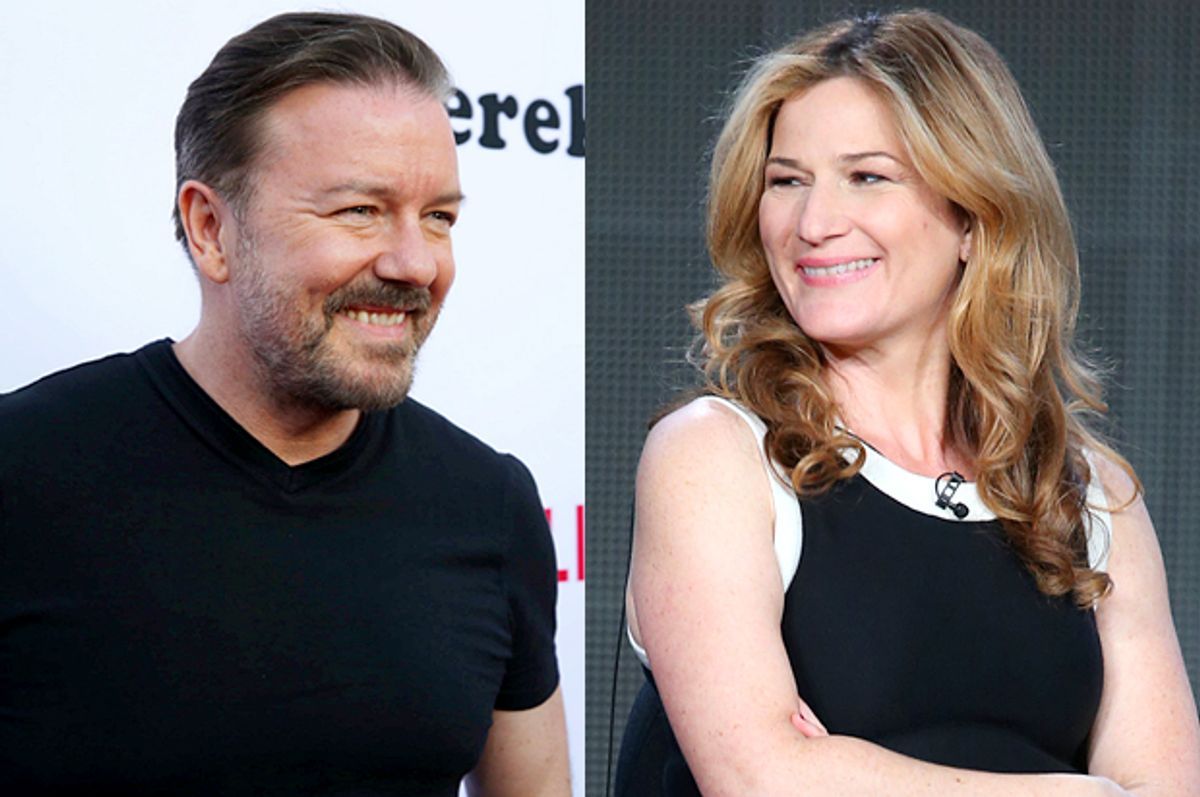 The new year is upon us, which means a whole bunch of shows will be premiering new seasons and returning from their midseason hiatuses. Suffice to say, there’s much to look forward to in TV-land, both in terms of plot development (will the gang actually Get Away With Murder?!) as well as for the bevy of celebrity guest spots and cameos our favorite shows have lined up. Here are the 10 that we’re most looking forward to:

1. Seth Rogen on "Broad City"
Abbi hasn’t had the best romantic track record, from lusting unrequitedly after her neighbor to the condom, erm, incident in last season’s finale. But hopefully that will change once her new love interest, played by Seth Rogen, steps into the picture. Not only are we sensing some pretty good romantic chemistry between these two, Rogen might be one of the few people who can keep up with Abbi and Ilana's manic comedic energy. This should be good.

2. Ana Gasteyer on “Girls"
"Girls" has a whole lot of guest spots lined up — including Natasha Lyonne, Gillian Jacobs, Marc Maron, Zachary Quinto, Jason Ritter, Maude Apatow and Spike Jonze, to name a few — but we are perhaps most excited about the appearance of "SNL" alum Ana Gasteyer, who is going to play Shoshana’s mom, and presumably shine a light on both the origins of Shoshana's various psychological issues and her affinity for decorative throw pillows. This really is perfect casting, if you ask us -- Bobbi Mohan-Culp is such a Shoshana.

3. Cheech Marin on “Jane the Virgin"
"Jane the Virgin" has a pretty awesome track record of casting Latin celebrities thus far, so who better to play grandma Alba’s love interest than the one and only Latin King of Comedy, Cheech Marin? That said, we hope he’s cut down on his herb intake, because Abuelita does not suffer fools gladly.

5. Cicely Tyson on “How to Get Away With Murder"
In ShondaLand news, Academy Award nominee Cicely Tyson is scheduled to reunite with her "The Help” costar Viola Davis for a one-episode guest spot on "HTGAWM." No word yet on who she’ll play, but some are speculating she could be Annalise Keating’s mother, which is a dynamic we’d simply *kill* to see.

7. Kim Dickens on “House of Cards"
"Gone Girl’s" detective Rhonda Boney (Kim Dickens) was one of the film’s breakout stars (along with Amy’s cat, obviously), so we’re super-excited to see her sleuthing skills transplanted to Frank Underwood's White House.

8. Old favorites on "Parks & Recreation"
So many old favorites will be returning for "Parks & Rec's" last hurrah that it’s hard to decide whom we’re most excited for. Paul Rudd's naive candy heir Bobby Newport? Megan Mullally as Ron's terror of an ex-wife, Tammy 2? The reincarnation of Little Sebastian?! (We can dream).

9. Lee Pace on "The Mindy Project"
Jack-of-all-genres Lee Pace ("Guardians of the Galaxy," "Lincoln," "Pushing Daisies," "The Hobbit," etc.) will guest star on "The Mindy Project" as Alex, the man Mindy lost her virginity to back in college, and will appear both flashbacks and present day. While we are a little worried about anyone who threatens to come between Danny and Mindy, we’re pretty excited for those college flashback scenes (and for all of Mindy’s '90s pop culture references).

10. Richard E. Grant on "Downton Abbey"
"Downton Abbey" is a veritable magnet for dapper scoundrels, and who fits the bill better than Maggie Smith's "The Importance of Being Earnest" costar Richard E. Grant? Grant will play an art historian named Simon Bricker who stops by Downton to check out a painting and proceeds to "cause ructions" in the household, natch.