Keisha Knight Pulliam defends Bill Cosby: "All I can speak to is the man that I know and I love" 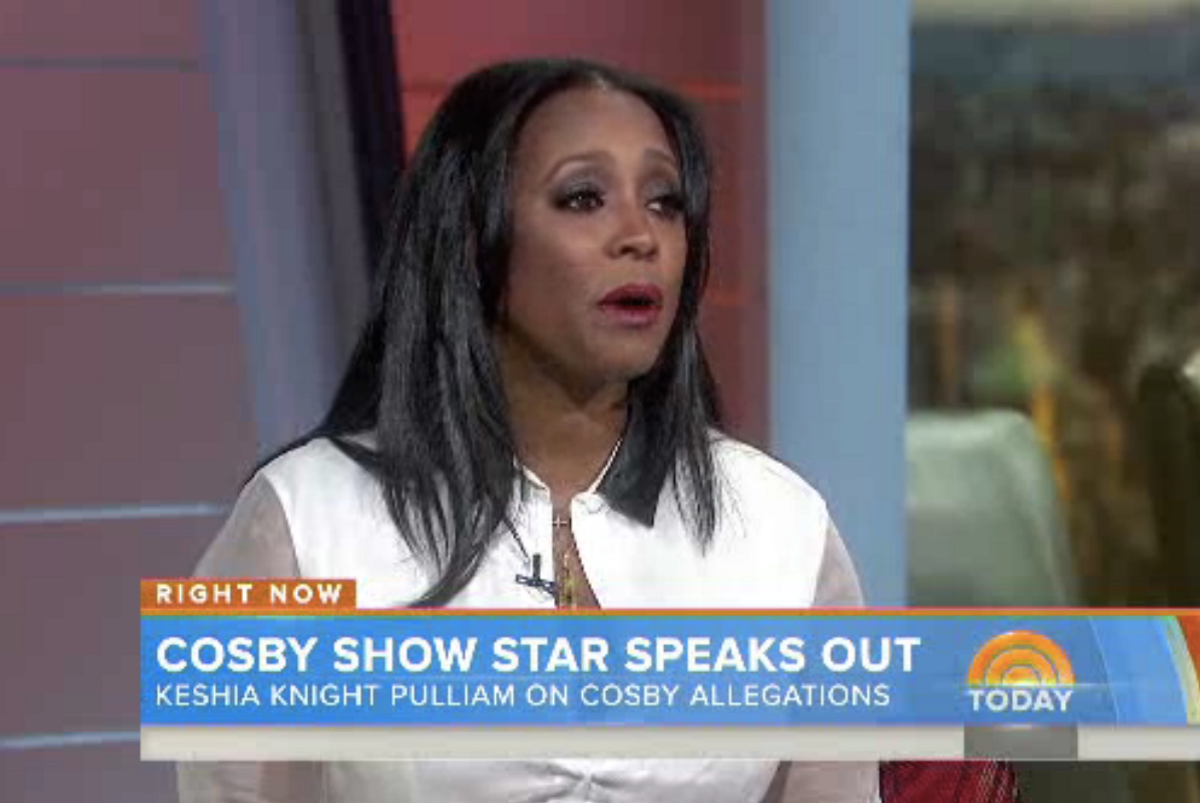 Keisha Knight Pulliam, who played Rudy Huxtable on "The Cosby Show," might have lost whatever goodwill the Internet bestowed upon her after she was fired in the season premiere of "Celebrity Apprentice" on Sunday.

In the episode, which was taped before sexual assault allegations old and new began to circulate publicly around Bill Cosby, judges Donald Trump, Ivanka Trump and Piers Morgan decided to remove Pulliam after she refused to reach out to the embattled comedian during a fundraising challenge. On Monday, Pulliam sat down with "Today" to defend her decision not to call Cosby, but said it had nothing to do with the rape allegations -- in fact, she seemed to defend her TV dad from the attacks on his character.

“I know 'The Cosby Show' is in reruns, and everyone thinks that we’re this family that has dinner every Friday night,” Pulliam said. “But the reality was I hadn’t spoken to Mr. Cosby. I felt that it would be tactless -- very rude to call someone and be like, ‘Hey, so, let me have some money right now.’”

Pulliam went on to discuss the claims made by nearly two dozen women that Cosby drugged and sexually assaulted them, refraining from offering a final judgement about the allegations while defending her longtime friend. Her stance effectively discarded Judd Apatow's suggestion that Pulliam "probably hates" Cosby and "has known for years that he is an awful person."

"What I can say is this: I wasn’t there," Pulliam said. "All I can speak to is the man that I know and I love."

"Ultimately, they’re just that -- allegations,” she went on. "It's very much been played out in the court of public opinion. But we’re still in America, where ultimately you’re innocent until proven guilty. I wasn’t there. That’s just not the man I know. So I can’t speak to it."