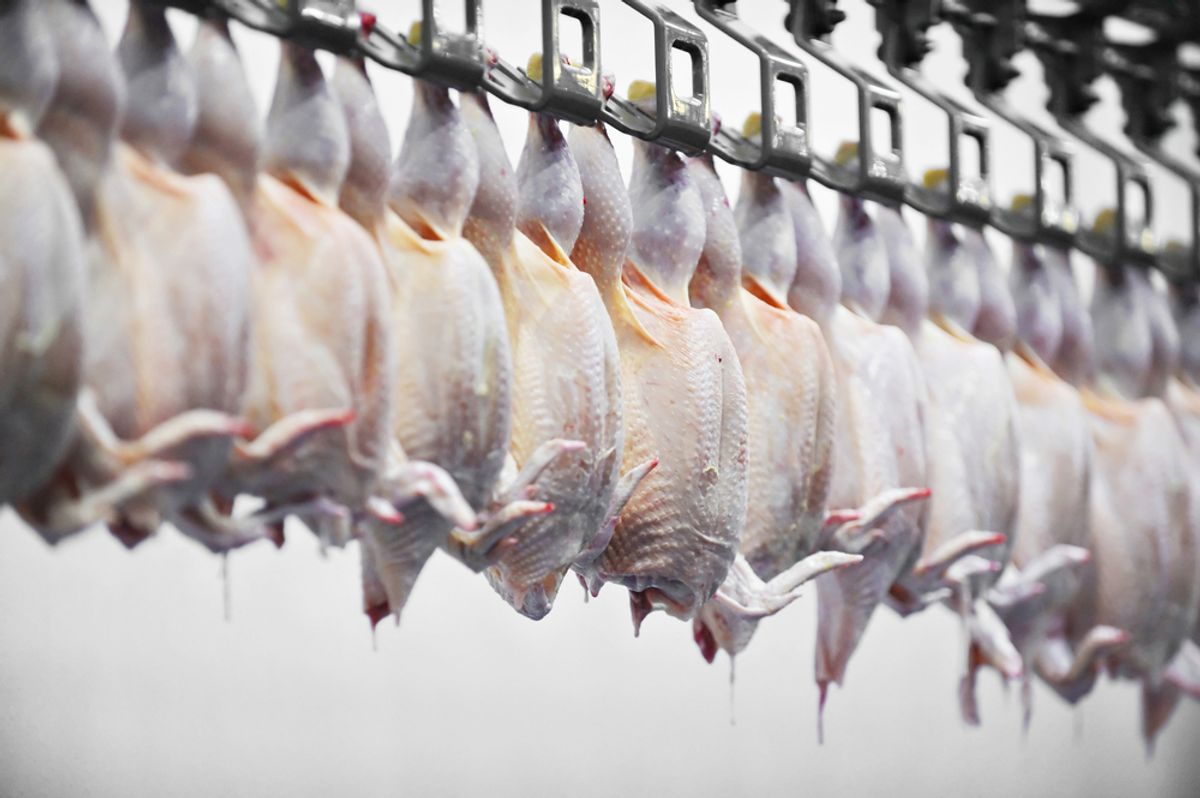 Life is brutal for factory farm hens, and, once their egg-laying days are over, their deaths are just as gruesome -- if not worse.

The Humane Society of the United States (HSUS) just released a report on its undercover investigation of a Minnesota plant that makes a business of slaughtering "spent" hens -- birds that, at around 18 to 24 months of age, have worn out their egg-laying ability. Their fate, according to HSUS, is marked by an inhumane method of slaughter that ends in many being scalded alive.

Wayne Pacelle, the group's president and CEO, highlighted a few of the most disturbing allegations in a blog post that accompanies the undercover footage:

-Each day many birds were scalded alive and forced upside down into tanks of scorching hot water in which they drown. In just one 30-minute period, the HSUS investigator witnessed approximately 45 such animals. This possible violation of Minnesota’s anti-cruelty code has been reported to local authorities.

-Hens were removed from crates and shackled upside down while alive and fully conscious. Their removal began with workers jabbing metal hooks into the densely packed transport cages to rip hens out of the cages by their legs.

-Birds were ineffectively stunned and inhumanely killed. After being shackled, the line of upside-down birds moved through an electrified trough of water designed to stun them—although that was not always the outcome.

The footage implicates the company in question, Butterfields Food Corp., as engaging in practices that, aside from being potentially illegel, definitely belie its motto: "We Love Old Hens.”

Butterfields denies any illegal activity at the plant. “There are industry guidelines, and we are in compliance with all of them,” Terry Fruth, an attorney representing Butterfields,said in the company's defense. “There are government rules, and we follow them.” If that does turn out to be the case, it's all the more reason to be outraged.