Seabirds are massively dying off -- and scientists can't figure out why

"To be this lengthy and geographically widespread, I think is kind of unprecedented" 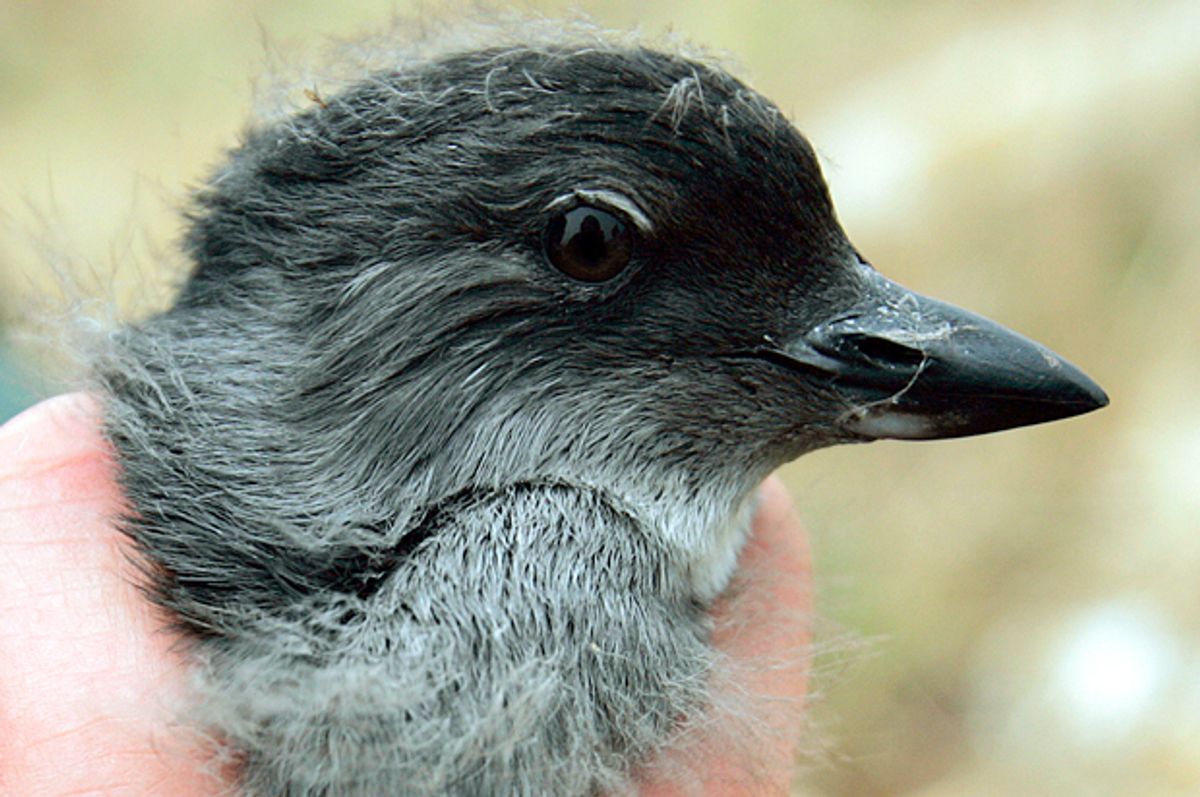 Cassin's aucklets, seabirds found along the Pacific Coast, often experience minor die-offs in winter months, especially when the cold weather is particularly unforgiving. But the die-off scientists are currently observing -- from San Luis Obispo, Calif. all the way to British Columbia -- isn't the result of typical winter hardship.

A group at the University of Washington's Coastal Observation and Seabird Survey Team (COASST) have found over 1,200 dead birds since fall, but the real number of deaths could be much, much higher.

The eeriest part? Nobody can figure out why.

It's clear that the birds have starved, which rules out a number of causes of death, including poisonous food sources or an oil spill. Beyond that, there isn't much to go on.

One explanation is that the birds are starving as a consequence of an unusually successful breeding session last year in British Columbia.

Almost every breeding pair laid an egg, and as the young birds fly south for the winter they may not all be finding the small fish and shrimp they normally feed on, [Executive Director of COASST Julia] Parrish said.

The Pacific has also been a few degrees warmer this winter, which could touch off subtle changes in the food chain that make it harder for the small birds to find sustenance...

"If the bottom had fallen out of the ecosystem, you would be seeing everybody dying, but we are not," said Lindsay Adrean, a wildlife biologist at the Oregan Department of Fish and Wildlife. "There is a little bit of a mystery to it."

"To be this lengthy and geographically widespread, I think is kind of unprecedented," said Phillip Johnson, executive director of the Oregon Shores Conservation Coalition, in an interview with the Salem Statesman Journal. "It's an interesting and somewhat mysterious event."