Four years ago, Jacky St. James had never written or directed an adult film. Now she's the toast of the industry 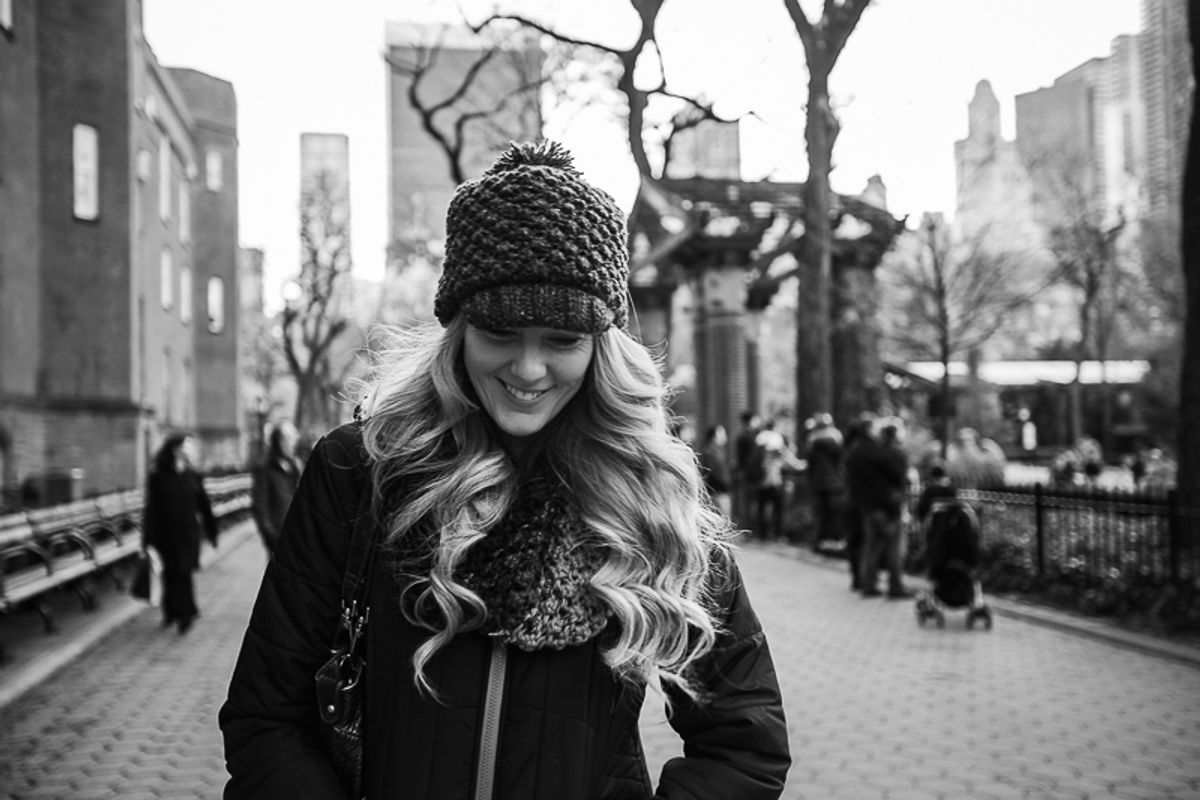 You were inspired to write "Emma Marx" because you hated "50 Shades of Grey" so much. What did you hate about it?

Honestly, sometimes I can almost forgive writing on certain things if the story is compelling to me. I’m not one of those elitist snobs when I read. But for me, it was more so the fact that the female protagonist was so incredibly weak and pathetic. I couldn’t root for her because I thought she was pathetic. It felt kind of like an homage to those 1800s romance novels, where these women are very weak, and then the woman is attacked by a man and suddenly falls in love with him.

And also [in "50 Shades"], she had no self-esteem, so there would be instances where he would basically be coming onto her, and it was so clearly obvious, and she would be like, “I’m not good enough for him, he doesn’t want me.” And it just drove me crazy because I can’t believe that that many women in society would feel like Anastasia Steele somehow resonated with them as a character. I hated her. I absolutely hated her.

So how is your character different? Aside from strength, what were the characteristics you were looking to portray in response to “50 Shades”?

There’s definitely similarities in the story, in that this man is super successful. But for me, I wanted a woman who was independent already. I thought the more fascinating and compelling storyline was a woman who was grappling with her sexuality. My character, Emma, doesn’t really understand why she’s not “normal,” in that she’s not really into the roses and the flowers and the poems and the --

And the missionary sex…

Exactly. She’s more into something a little bit more deviant, so for her it’s the struggle of, “How do I lead a life and be okay with the fact that that life isn’t ‘normal?’” She has a very conventional family, and so it’s a matter of straddling this line. For me, it was more about her struggle with that versus her struggle with wanting to be loved by someone. Obviously, she wants him to love her, but that’s not her end goal.

I know that when we’re shooting a scene, the woman is fully empowered to make the decision to do that scene. It’s kind of taking away the power of being degraded by saying, “Yeah, I’m game for doing a fantasy where I’m thrown down on the bed and tied up and spanked,” or whatever. If a woman is saying, “I want to do that, that sounds like a blast,” then how is she really being degraded?

Do you ever worry that that message gets missed? Do you worry about the implications of not stating outright that everyone consented? Or do you think it’s something that should be unspoken? Is this something that can be addressed?

Sadly, I don’t know if there’s ever going to be a solution, because everything is always in the eye of the beholder -- so what one person might perceive as degrading and horrible, another person might perceive as, “Wow, this is awesome that this woman is living out this fantasy and is really getting to enjoy it within the safety of a production.” When you have a director and a cameraman and all of these contracts that are being signed, and people are consenting, it’s a lot safer than maybe going out and doing it with a stranger, or somebody who could really harm you. I think that it’s unfortunate that there is content out there that is degrading to women, or can appear to be degrading to women, without that understanding of the fact that a woman has a right to choose what kind of profession she’s in, and she has a right to choose what sex acts she’s involved in. At least on our sets, nobody’s being coerced, everybody is fully consenting. It’s a very gray area, and I understand the question, it’s just hard to say because I think the onus of responsibility lies more with the person watching it than the people producing it. The onus of responsibility of that perception, I guess.

It’s hard to say. I mean, there are things that I’ve learned with regard to sexuality. What surprised me most about working in adult is how accepted all different body types are. There’s so much lack of judgement happening and there’s so much confidence among the women in the industry. They're stripping down their clothes, they’re walking around naked, not everyone has the most perfect body. There’s people with stretch marks and cellulite and scars, and everyone is beautiful. There’s something so inspiring about that. It’s so different to be working in an industry where everyone is celebrated, in different types of film.

I think the industry itself is tending to make shifts, in that you’re seeing an influx of women now that are all-natural. For me, it’s really casting who deserves the part, not just somebody because they fit this “stereotypical ideal” of what a man wants to see -- and I don’t even know if that’s the stereotypical ideal of what a man wants to see. I think society has told us, “Oh, men like the blonde hair and the big fake tits” -- do they? Because we’re selling tons of porn with girls known for having “tiny titties.” Clearly, if that’s selling, there’s a broad variety of what people are looking for. I think society wants to tell us what we’re supposed to be seeing, but it’s not necessarily what people want to see.

Do you think these trends are indicative of other social changes, or shifts toward more general acceptance of difference?

I do, and I think it’s also showing a shift of women being more empowered, too. I think women who get enhancements for personal reasons are absolutely fine, but I think when it’s done to be objectified and to be looked at as a sex object, because something’s lacking or because you want to be perceived a certain way, that’s not necessarily positive. But I think the more empowered women you’re seeing, you’re also seeing fewer and fewer plastic models coming out of the woodwork. And it’s in Hollywood as well. It’s moving much more toward that girl-next-door natural look, and women that are more captivating for who they are as people versus who they are as a body.

I’m finishing “The Submission of Emma Marx II,” and then I’m working on a series about hot-wifing, which is basically husbands that enjoy having their wives have sex with other men. It’s people with very liberated views of sexuality who are very open. It’s not like a cuckold, it’s more like, “I love you so much that I don’t want to limit your sexual experiences.” It’s really fascinating to me. It’s not something that my brain can comprehend in my own personal life, but I think it’s so cool for people who have that ability to do that. There’s really no jealousy, it’s just two people saying, “We love each other, and let’s make the most out of this one life we have.”