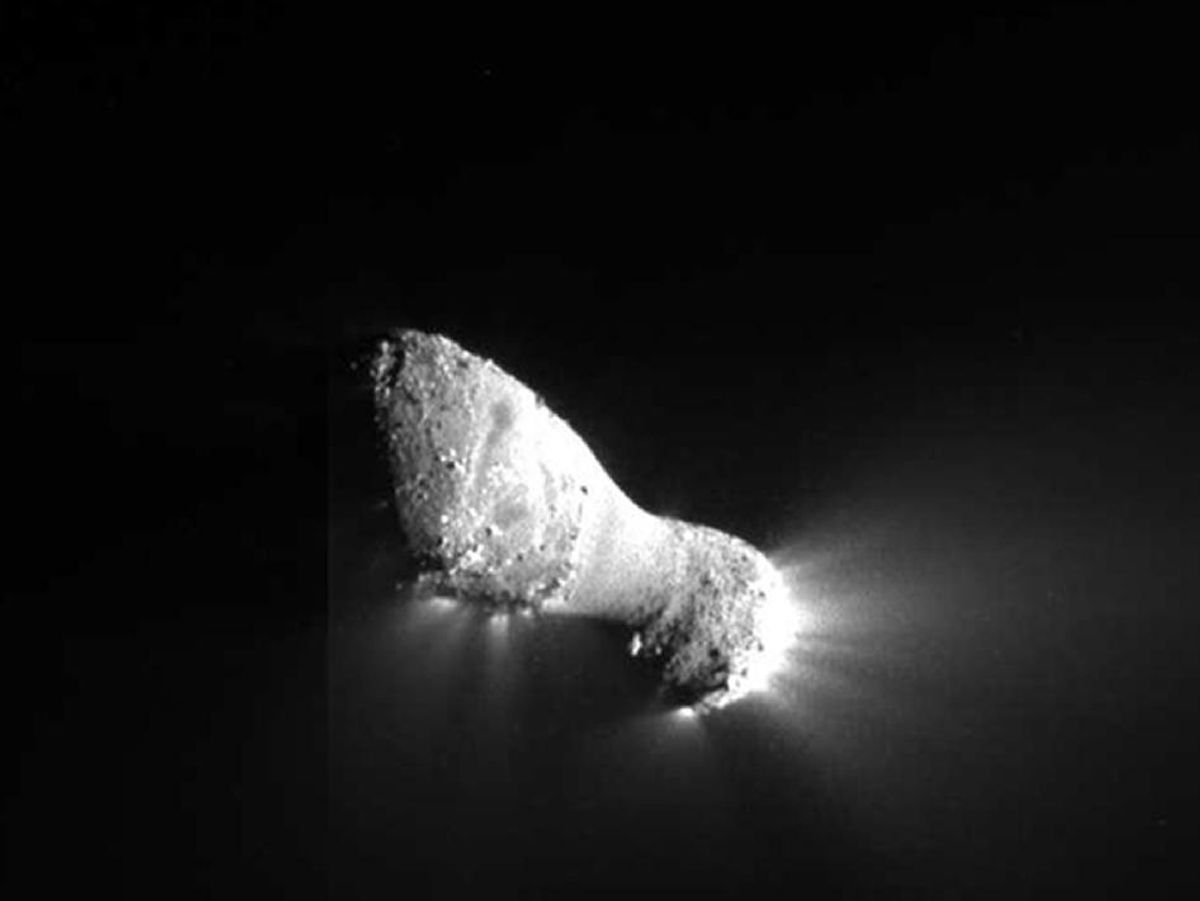 Two dwarf stars could send a shower of comets onto Earth in the far off future, according to a new study.

Astrophysicist Coryn Bailer-Jones decided to study and evaluate potential threats posed to Earth. The Max Planck Institute for Astronomy scientist studied computer simulations of past and future star movements. He found that in a few million years stars flying through space could potentially harm Earth. The study is set to be published in the upcoming issue of the journal Astronomy & Astrophysics.

Bailer-Jones looked at the movements of 50,000 stars that were mapped in the 1990s by the European Space Agency's Hipparcos spacecraft. He found that 14 of them could potentially come nearly three light-years from the sun in the next quarter to half a million years. Of those 14, GL 710 and Hip 86505 are the most problematic. From New Scientist:

"The star that is set to come closest is called Hip 85605, and has a 90 per cent chance of reaching between 0.13 and 0.65 light years away from us in the next quarter to half a million years – although its current position data isn't entirely clear so the estimate may be wrong. The next closest is GL 710, which has a 90 per cent chance of reaching 0.32 to 1.44 light years in the next 1.3 million years.

"Either one would be close enough to influence the Oort cloud, which extends from 0.0065 to around 1.63 light years from the sun. 'I think we can safely predict that comet orbits would indeed be disrupted by the closest encounters,' says Bailer-Jones. He is now working on a follow-up study to determine the probability of Earth being hit by a comet as the result of a star passing by."

Bailer-Jones' next study will be of the probability of one of those comets hitting Earth, as a result of the flying stars.

Beyond the threat of a comet colliding with Earth, the stars could cause other issues, according to the International Business Times, including ultraviolet radiation and potential supernovas that could bring about global cooling.