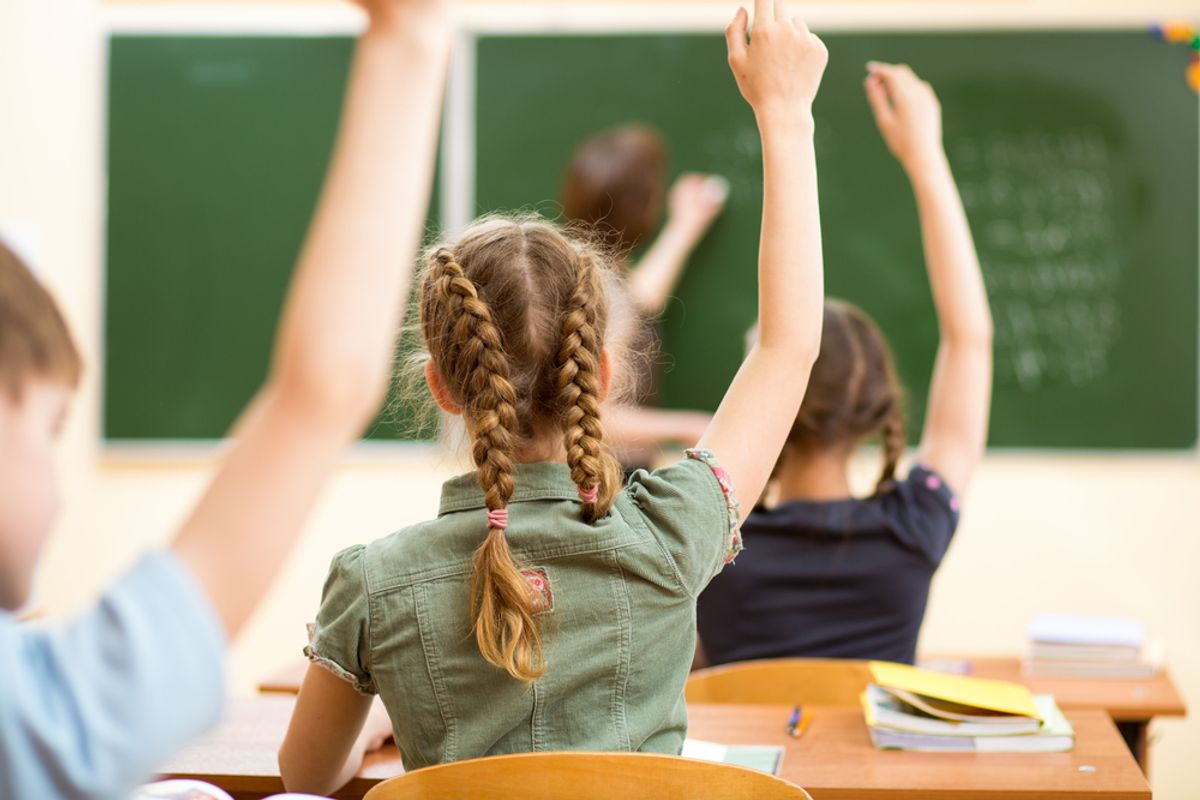 Public school students in West Virginia are about to get a dose of climate denial mixed in with their science education, and all because one Board of Education member doesn't believe in man-made climate change.

Ryan Quinn at the Charleston Gazette published an in-depth report last week on the state's adoption of the national Next Generation Science Standards, which school officials altered, at the last minute, to less accurately represent the scientific consensus on climate change.

In order to have the question more accurately reflect his own skewed version of reality, Linger recommended that the language be altered so that the question addressed "the rise and fall of global temperatures."

According to data just released by the Japan Meteorological Agency, 2014 smashed global heat records. Temperatures, on average, have been rising precipitously over the past century.

- Adopted version: “Analyze geoscience data and the predictions made by computer climate models to assess their creditability [sic] for predicting future impacts on the Earth System.”

- Adopted version: “Debate climate changes as it relates to natural forces such as Milankovitch cycles, greenhouse gases, human changes in atmospheric concentrations of greenhouse gases, and relevant laws and treaties.”

All, in other words, are subtle ways of introducing doubt and climate denier arguments into the curriculum. “We’re on this global warming binge going on here,” Linger told the Charleston Gazette. “... We need to look at all the theories about it rather than just the human changes in greenhouse gases.”

Climate and education groups are outraged about the changes. “When it comes to the accuracy of peer-reviewed science, it is important to teach actual science and not theories that are based on the politics of the coal industry,” Lisa Hoyos, director and co-founder of the national non-profit Climate Parents, said in a follow-up article, adding that board members either don't understand the science or else are being “actively deceptive.” Linger's hilariously on-point retort to her accusation? "“People can make up whatever they want to make up."

“They’ve instituted inaccuracies into the standards, and that, just on face value, seems wrong,” said Jim Probst, the state coordinator for Citizens Climate Lobby, which is considering launching a formal response. “And it’s a disservice to our kids, it just really is. Reality is one thing, and hoping that it isn’t is something else entirely.”