Tearing into the former KKK Grand Wizard, O'Reilly got to play the sensible conservative 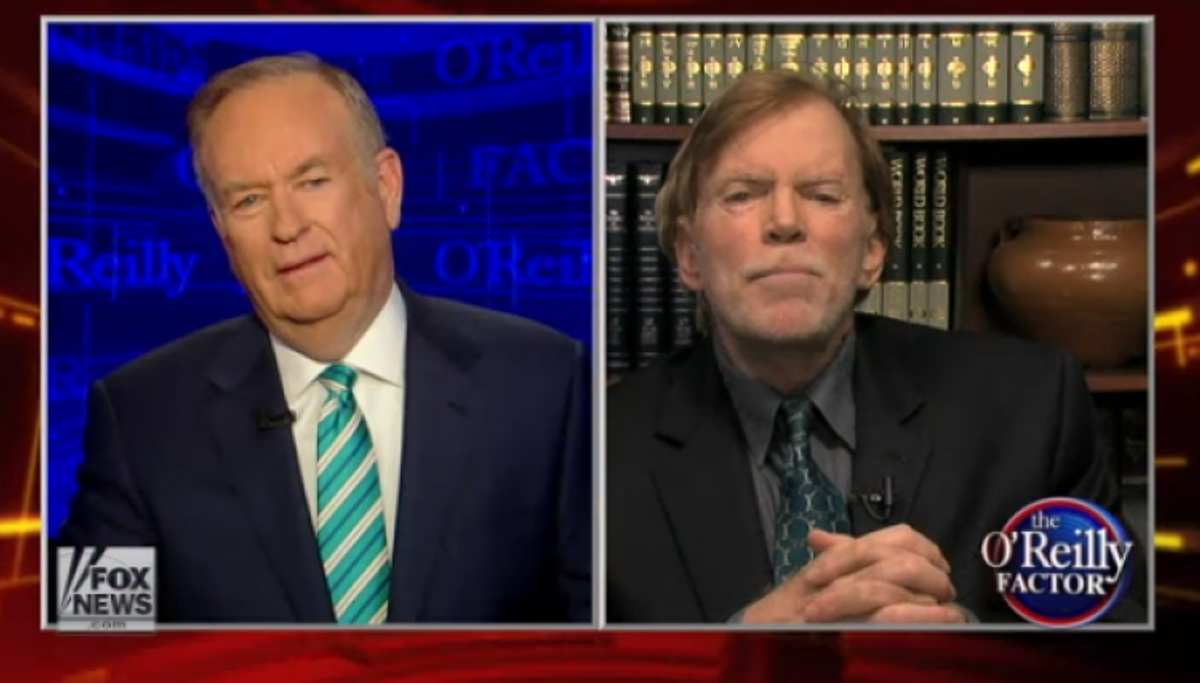 "I'm not a white supremacist at all," Duke told O'Reilly. "In fact, the European-American Unity and Rights Organization was a charted civil rights organization," he added, asserting that his work against affirmative action as a Louisiana legislator was part of his battle against "racial discrimination."

"Don't sit there and tell me you're not a white — that your organization isn't looking out for the white, European race," O'Reilly protested later in the segment. Duke then asked why media figures were assailing Scalise over his EURO appearance but downplayed former South African President and anti-apartheid activist Nelson Mandela's ties to communist figures. O'Reilly responded that most members of the media are "sympathetic for the left."

"You don't care about the mass media, you know they despise you, and you're not gonna get a fair shake from them," O'Reilly said.

Bringing the segment back to Duke's racism, O'Reilly later said, "Mr. Duke, don't sit here and tell me you're not trying to promote the cause of white people, 'cause you are. The problem with this garbage — on both sides — is that we're all in it together and skin color doesn't matter."

For O'Reilly, Duke was an ideal foil; the presence of the racist demagogue allowed the Fox News host to present himself as the reasonable conservative, while casting Duke as a fringe figure who did not belong in the conservative movement. Never mind that O'Reilly, who assails the idea that such a thing as white privilege exists, denies the very existence of institutional racism -- hence his fantastical notion that in the age of Michael Brown, Eric Garner, and Tamir Rice, "skin color doesn't matter" in America. To the conservative mind, it's far easier to cast overt bigots like David Duke -- not, say, America's criminal justice system -- as the real faces of American racism.