Men's free time is "me time": Even when unemployed, men do less housework than women

A visual breakdown of time use data reveals how, even if they're not working, men still do less at home than women 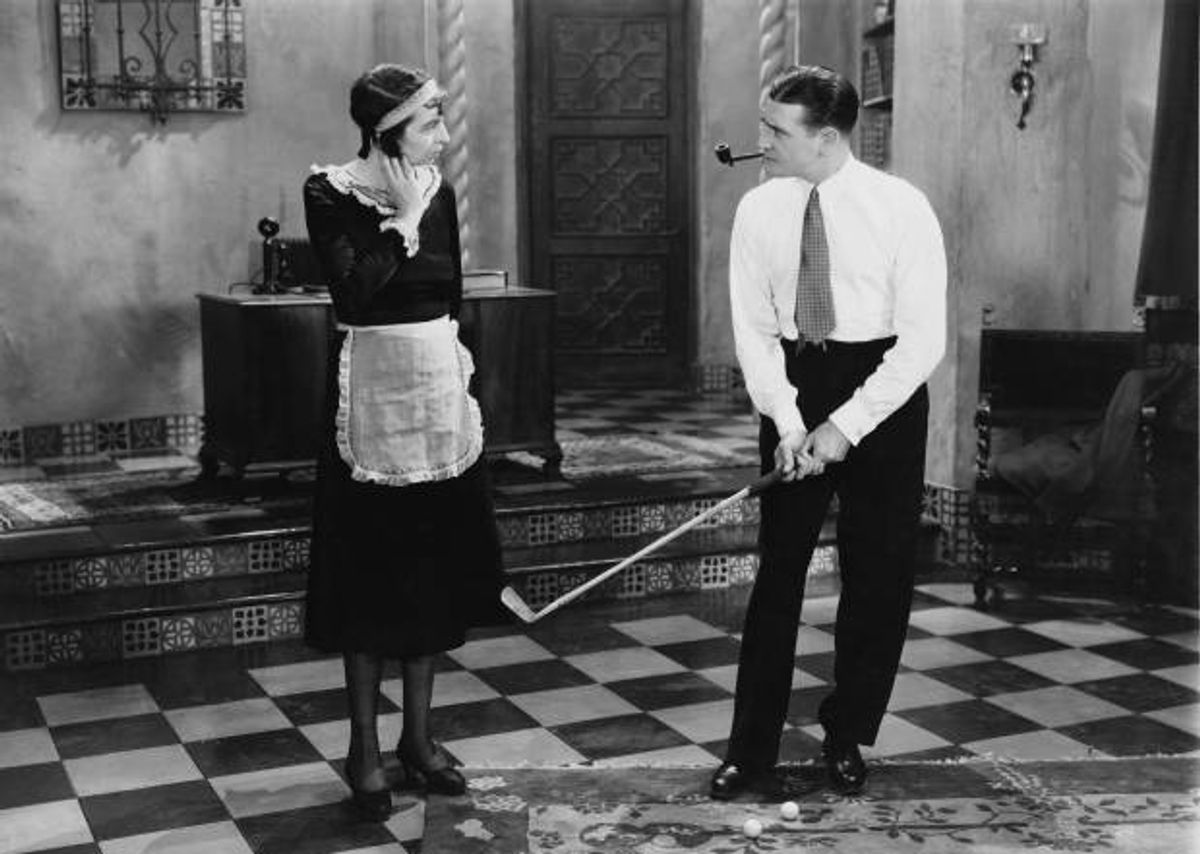 William Giraldi, whom maybe you remember as the guy who thinks the Internet is too nice or feels mad when people compare him to famous authors, has a piece up over at the Baffler about how he used his paternity leave to not take care of his baby. He marvels at having “so much time” on his hands. Drinks a ton of beer. Watches “with awe” as his wife tends to their kid. Doesn’t work on his novel. (Good thing, too. Apparently no one reads novels by white guys anymore and their artistic voices are being stifled.) I read it, registered it as pretty ridiculous and moved on to more important things, like this video of a dog that appears to love and fear his food in equal measure.

But I thought of Giraldi again this morning after the New York Times published a data visualization telling effectively the same story about men who aren’t working outside the home and still aren't really working inside the home, either. Even while unemployed, men do much less housework and care-giving than women in the same situation. Surprise!

The Times put together a really neat visual breakdown of how non-employed men and women spend their time using data from the 2014 American Time Use survey. The charts look like two technicolor ice cream sundaes, with each layer revealing how men and women spend their days, hour by hour. There are some commonalities across the group, like how, on average, people who aren’t working spend more time sleeping and watching movies than their peers who are employed.

But the data splits along gender when it comes to certain time use categories. Namely, women who aren’t working spend more time doing housework and caring for family members than men in the same situation. According to the data, non-workers, overall, spend more time cleaning, cooking and doing other home-related tasks than people with jobs. But non-employed women still spend around twice as much time doing housework and taking care of other people than men. On average, women spent six hours of their days doing this kind of work, while men spent less than three hours on the same things.

This isn’t shocking. Which is, of course, depressing. Previous Time Use surveys have shown the same labor divide. And the fact that women shoulder most of the housework and care-giving responsibilities in America and elsewhere is well-documented and, at this point, feels like common knowledge.

And the discrepancy persists even when women are working full-time. Taking care of kids and making meals after work just becomes a second shift. According to the Time Use survey, 49 percent of women, overall, cleaned or did laundry on an average day, compared to only 19 percent of men. Women also spent more than twice the amount of time feeding, bathing and otherwise physically caring for young children compared to men.

All of that extra work for women means less time to do other stuff. Like, say, watch movies, exercise or be alone and do nothing. Which means that very few women are able to take a page from Giraldi’s book and spend their family leave time drinking tons of beer and avoiding work on their novels while watching "with awe" as their partners do everything else.