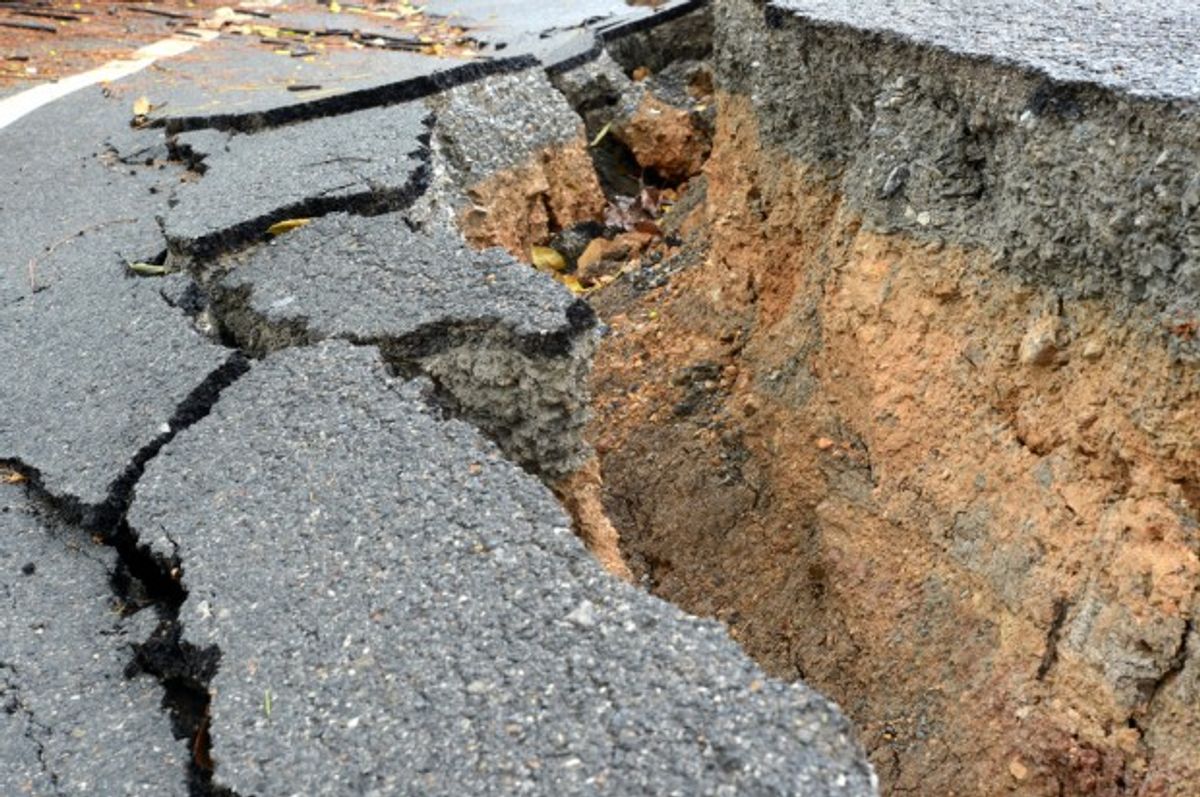 Poland Township, in northeastern Ohio, never used to experience any seismic activity. But that was before the fracking started. Last March, a series of small earthquakes -- including two that were larger enough to be felt in neighboring towns -- rocked the area, causing state officials to temporarily halt all drilling activity out of what they called "an abundance of caution."

A month later, research came out supporting that precautionary measure: geologists with the Ohio Department of Natural Resources confirmed that they'd uncovered a "probable" connection between fracking activity and 11 minor quakes experienced in the area.

And now researchers have confirmed that yes, it was definitely fracking. According to a new study published in the Bulletin of the Seismological Society of America, a fracking well triggered at least 77 quakes, ranging from 1.0 to 3.0 in magnitude, during the first two weeks of March 2014.

According to Robert Skoumal, a graduate student in seismology at Miami University in Ohio and the study's lead author, the trouble occured when the frackers -- who inject sand, water and chemicals into the ground at high pressures -- activity a previously unidentified fault in the earth. “These earthquakes near Poland Township occurred in the Precambrian basement, a very old layer of rock where there are likely to be many pre-existing faults,” Skoumal explained.

“This activity did not create a new fault, rather it activated one that we didn’t know about prior to the seismic activity.”

The relationship between fracking and seismic activity has, until recently, been highly controversial; in most cases where a link is established, it's involved wells used to dispose of fracking waste-water, and not the fracking process itself. According to the researchers, this is only the fifth case to connect fracking and quakes. They emphasize that it was an isolated case, and that the largest quakes, while detectable, didn't pose any risk to people living in the area.

Still, the study lends supports to arguments insisting that fracking is far less benign than advocates would like to suggest: the threat of earthquakes, however small, accompanies concerns about air and water pollution and, as RTCC points out, were cited by New York Gov. Andrew Cuomo in his decision to ban fracking in the state. And it is yet another argument for increased oversight and, at the very least, or slowing down the well-a-day pace of fracking activity. As Skoumal put it, “We just don’t know where all the faults are located," and so “it makes sense to have close cooperation among government, industry and the scientific community as hydraulic fracturing operations expand in areas where there’s the potential for unknown pre-existing faults.”