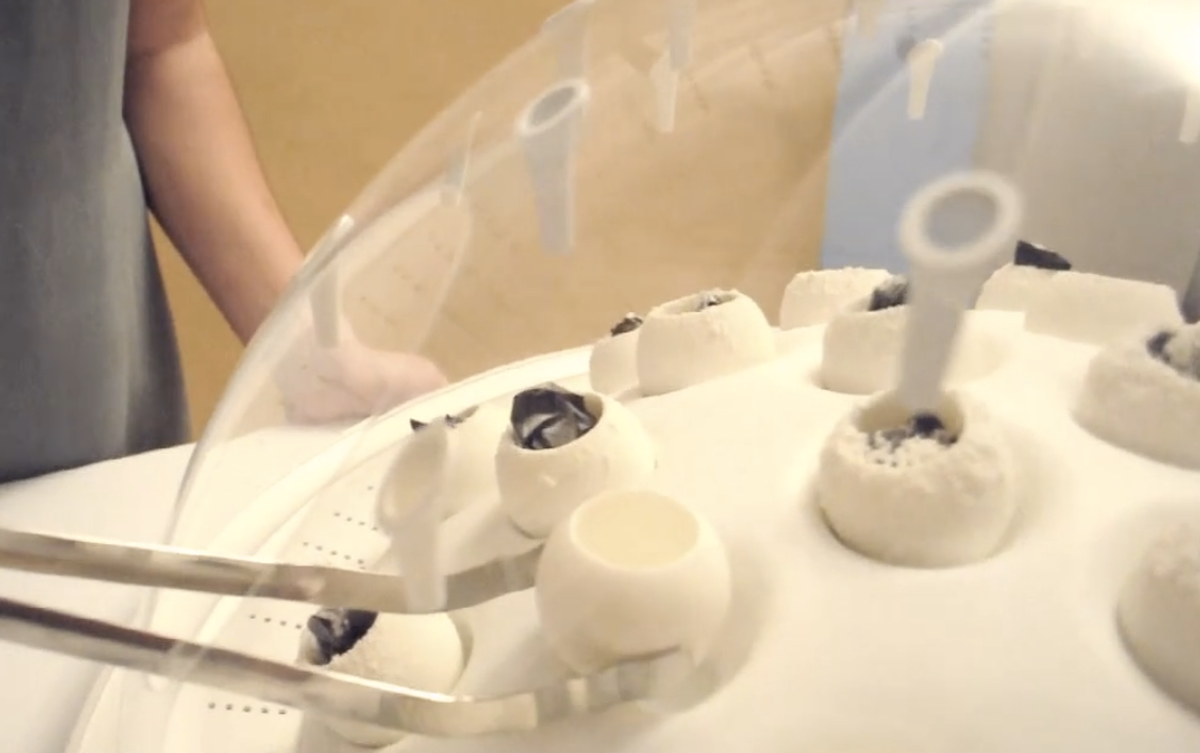 The world has a major plastic problem. In 2012 alone, the world produced 300 million tons of plastic, large amounts of which are now taking over the worlds' oceans. But while early attempts at cutting down on waste production, like zero-waste supermarkets and plastic bag bans, are beginning to catch on, one designer has come up with a creative solution for the tons of plastic we're already stuck with.

Austrian designer Katharina Unger uses the plastic-digesting properties of two types of fungi, the Schizophyllum Commune and Pleurotus Ostreatus, to turn that waste into food. What her prototype, which she calls the "Fungi Mutarium," basically does it break down plastic into an "edible fungal biomass" -- which can then be used to create a food container that can be eaten instead of thrown away: Unger presents her project as an attempt at revolutionizing food production, and while I'm not convinced that plastic-fueled fungi are necessarily the best solution to solving world hunger (cutting down on meat and reducing food waste seem like two things we can both achieve and scale more quickly), it's an intriguing answer to the fundamental problem posed by our mass production of a substance that, once here, never goes away. Check it out below: