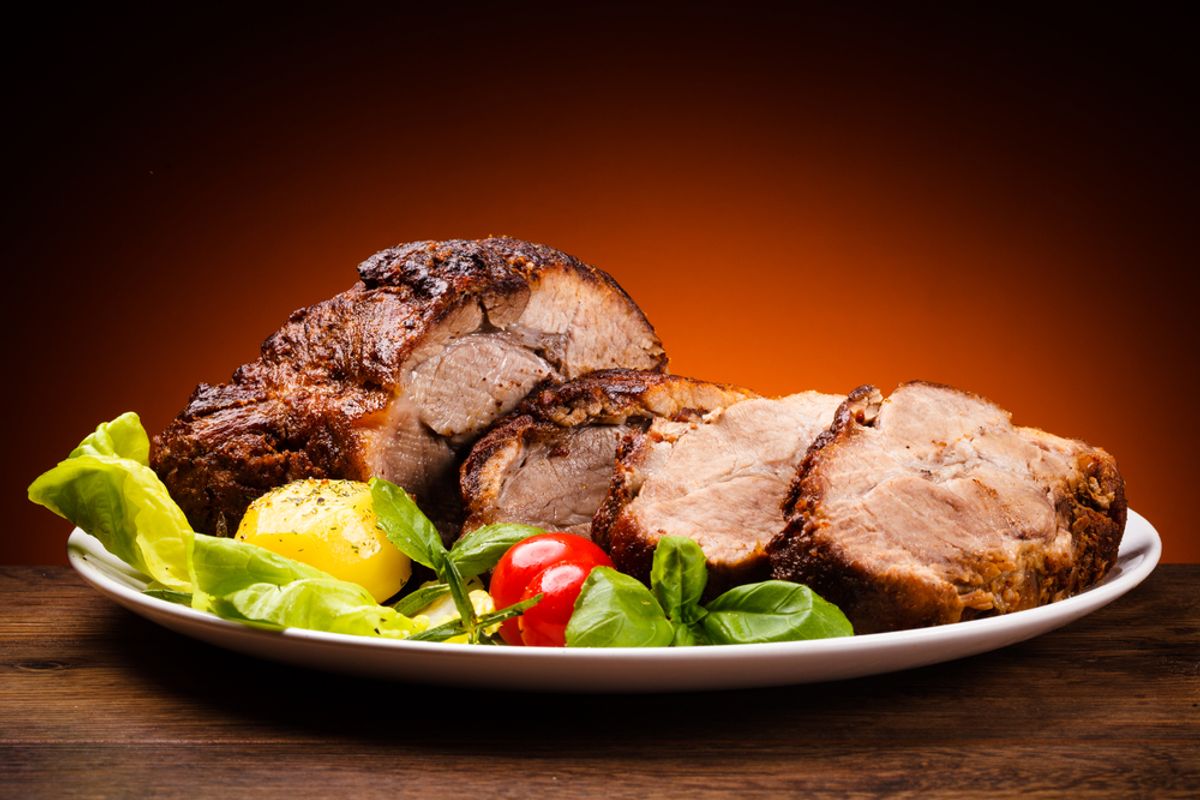 The U.S. government-recommended diet of the near future may consist of a lot less meat, the Associated Press recently reported. That's huge -- a potential game-changer in the fights to mitigate climate change, feed the hungry and promote dietary health. And thanks in part to vehement meat industry opposition, it might not come to pass, after all.

According to the AP, a draft recommendation from the Dietary Guidelines Advisory Committee (DGAC), which is due out this month and will form the basis of the USDA's updated dietary guidelines, stated that a diet high in plants and low on animal products is "more health promoting and is associated with lesser environmental impact than is the current average U.S. diet."

It's a move toward considering planetary health in dietary recommendations that reflects a growing understanding that you can't really have latter without the former -- and that heavy meat consumption is incompatible with both goals. Elizabeth Kolbert drew that point brilliantly in her New Yorker piece on the paleo diet, a meat-centric way of eating that proponents argue is far healthier than what mainstream nutritionists currently recommend. "With a global population of seven billion people, heading rapidly toward eight billion, there’s certainly no turning back now (even if paleo does, in fact, prevent zits)," Kolbert writes. She continues:

Pound for pound, beef production demands at least ten times as much water as wheat production, and, calorie for calorie, it demands almost twenty times as much energy. Livestock are major sources of greenhouse-gas emissions, not just because of the fuel it takes to raise them but also because they do things like belch out methane and produce lots of shit, which in turn produces lots of nitrous oxide. One analysis, published in the American Journal of Clinical Nutrition, concluded that, in terms of emissions, eating a pound of beef is the equivalent of driving forty-five miles. (Grass-fed beef—recommended by many primal enthusiasts—may produce lower emissions than corn-fed, but the evidence on this is shaky.) Eating a pound of whole wheat, by contrast, is like driving less than a mile. All of which is to say that, from an environmental standpoint, paleo’s “Let them eat steak” approach is a disaster.

Not only would trying to produce that much meat for all of us destroy the planet, it would leave increasing numbers of us without enough to eat, period: one study found that the crop calories currently used to fatten up the world's livestock could instead be used to feed an addition 4 billion people. And a growing body of research contends that even consuming what we consider as "normal" amounts of beef consumption is no longer advisable -- not for human health, and certainly not for the environment.

But the USDA is now backtracking. In an interview with Vice News Monday evening, Eve Essery Stoody, a nutritionist with the USDA's Center for Nutrition Policy and Promotion, said that while a discussion about diet sustainability will be included in the advisory committee's final report, it will not be reflected in its recommendations.

"The DGAC's food-based recommendations are based on literature examining the relationship between diet and health, as well as a consideration of what foods are needed to meet nutrient need," Stoody said. "The committee did look at sustainable diets, but this review and the topic of environmental impact has not informed their recommendations for the Dietary Guidelines."

If the agency does stick to is contention that less meat is "more health promoting," the move away from environmental consciousness may not end up having much of an impact. But the meat industry, unsurprisingly, has been extremely vocal in its opposition to the USDA taking any of these factors into consideration when it issues its new guidelines. And some environmental advocates are accusing the agency of bowing to industry pressure in denying that it's doing so -- which is reason enough to be outraged.

“If the Obama administration caves to pressure from the meat industry in its final recommendations, it’ll be doing a great disservice to the health of Americans and the planet," warned Stephanie Feldstein, director of the Center for Biological Diversity’s population and sustainability program, in a statement. “If we don’t pay attention to how food production is destroying the environment, it will ultimately pull the rug out from all of our other efforts to keep our growing human population nourished and healthy.”