Australia is burning: Why the country's devastating wildfires have everything to do with climate change 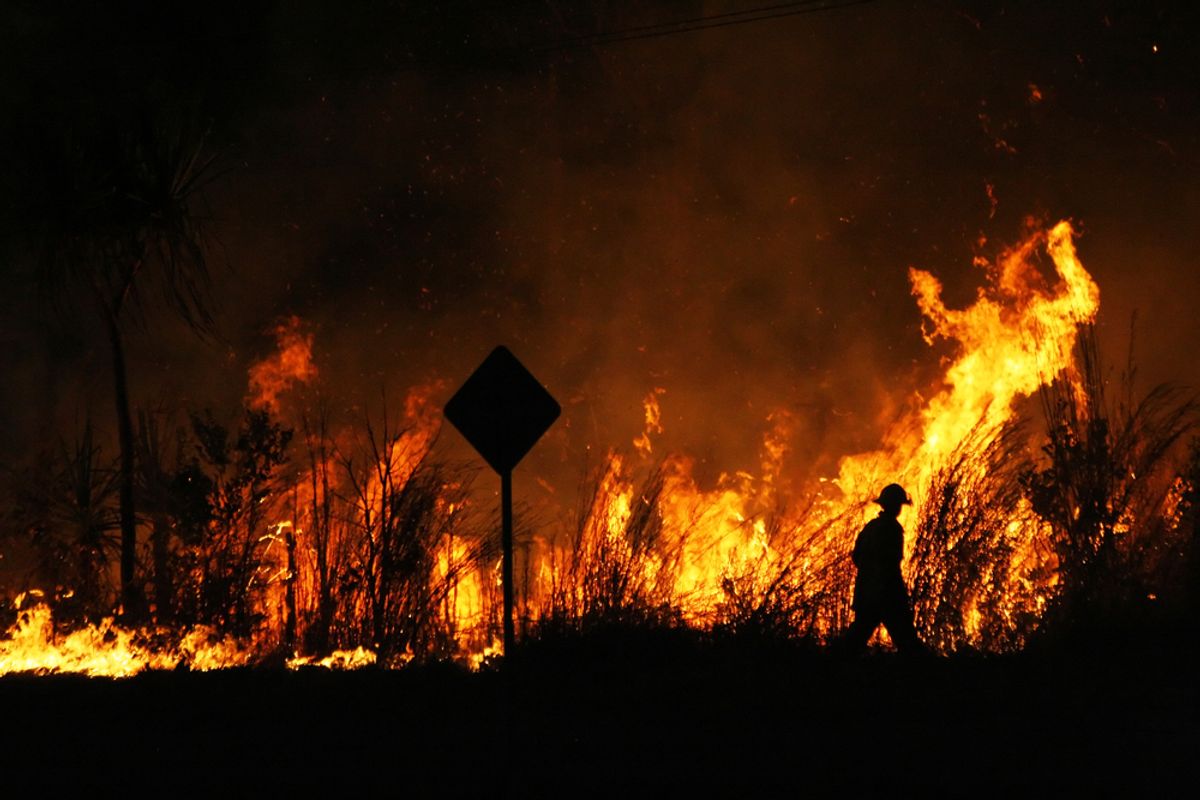 Australia is burning. In a series of devastating blazes being widely compared to the notoriously deadly "Ash Wednesday" bush fires of 1983, regions of South Australia are battling a state of catastrophe; over the weekend, 23 people were hospitalized while dozens of homes and 31,000 acres of countryside were destroyed.

While firefighters are beginning to bring the fires under control, their scary intensity serve as a flaming indictment of Australian Prime Minister Tony Abbott's continual climate denial -- as does the fact this past year was just officially declared the country's third-warmest on record.

Bush fires are common this time of year -- summertime in Australia. But Abbott was wrong when, back in 2013, he insisted that fires are "a function of life in Australia," with no link to climate change. The narrative of climate change is one of increased risk, and that's expressed clearly here: the country's fire season is growing longer; its flames fueled by hotter, drier weather.

"Bush fires are now behaving in ways bush fires haven't behaved before," Tim Flannery, an environmental scientist with the non-profit Climate Council of Australia, explained in an interview with Vice News. "They're hotter than ever, bigger than ever and across a larger portion of the country than ever. They threaten more property, and we're seeing simultaneous fire seasons across the whole southeast of Australia."

It's all, experts argue, a strong argument for dedicating time and money to increasing Australia's resiliency to future, worsening disasters -- something for which Abbott's opponents argue he's failing to account. What's more, the prime minister's unwillingness to come to the table on climate issues all but ensures that the risk from future conflagrations will grow. Even accounting for other factors, concluded a 2013 report from the Climate Council, a warmer world will almost certainly increase the risk of catastrophic fires. It reiterated the findings of the IPCC report: that right now is the critical decade to reduce emissions if we are to have a good chance of keeping warming below 2 degrees Celsius.

Abbott's opponents are putting pressure on him to acknowledge that the wildfires, devastating in their own right, are also a symptom of the changing climate:

"The Abbott Government has to stop climate denial and help to get the country prepared to adapt to the more extreme conditions," Sen. Christine Milne, the leader of the Greens party, told the media over the weekend. She added, "look at what is happening to people, communities, our environment, loss of infrastructure and for goodness sake abandon your nonsense about climate variability" -- another thing Abbott has erroneously claimed is just a fact of life in Australia.

From a climate perspective, the wildfires are a sign of what's to come; not just for Australia, but for other parts of the world that will become increasingly vulnerable to extreme conditions as well. And it's not just Australia, but the entire planet, that depends on Abbott's willingness to work to reduce emissions. The first step, of course, is acknowledging that there's a problem.