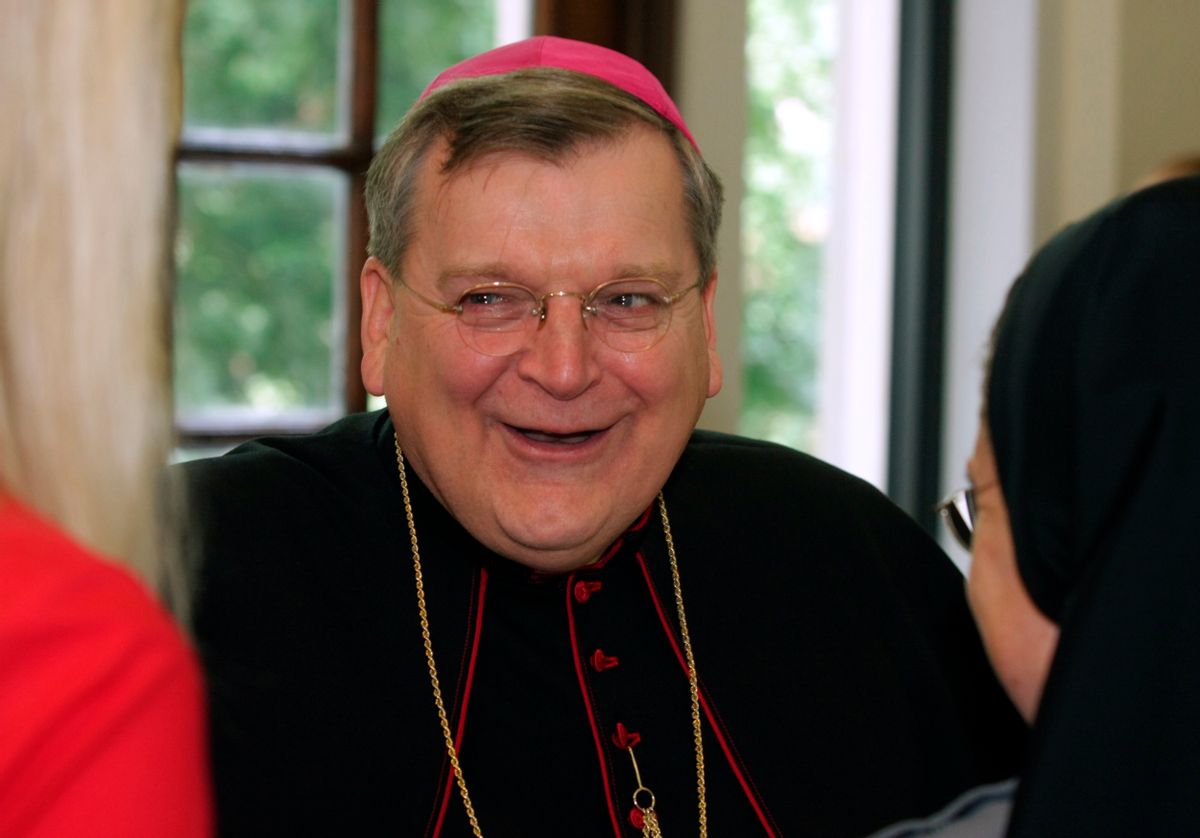 American cardinal Raymond Burke is not a progressive guy. The controversial religious leader was demoted from his powerful position as the head of the Vatican's highest court after criticizing Pope Francis last year, and has not been shy about spewing vitriol at the LGBT community, women's rights advocates or the Obama administration. In a recent interview with The New Emangelization Project, a website dedicated to attracting men to the church, Burke focused his attention on the "radical" feminists whom he believes have disrupted catholicism, blaming them for the prevalence of priests molesting children.

Burke charged the feminist movement with commandeering the church and forcing leaders to "constantly address women’s issues at the expense of addressing critical issues important to men," and said that it was "feminization" that led some priests to sexually abuse children:

The Church becomes very feminized. Women are wonderful, of course. They respond very naturally to the invitation to be active in the Church. Apart from the priest, the sanctuary has become full of women. The activities in the parish and even the liturgy have been influenced by women and have become so feminine in many places that men do not want to get involved. [...]

We can also see that our seminaries are beginning to attract many strong young men who desire to serve God as priests. The new crop of young men are manly and confident about their identity. This is a welcome development, for there was a period of time when men who were feminized and confused about their own sexual identity had entered the priesthood; sadly some of these disordered men sexually abused minors; a terrible tragedy for which the Church mourns.