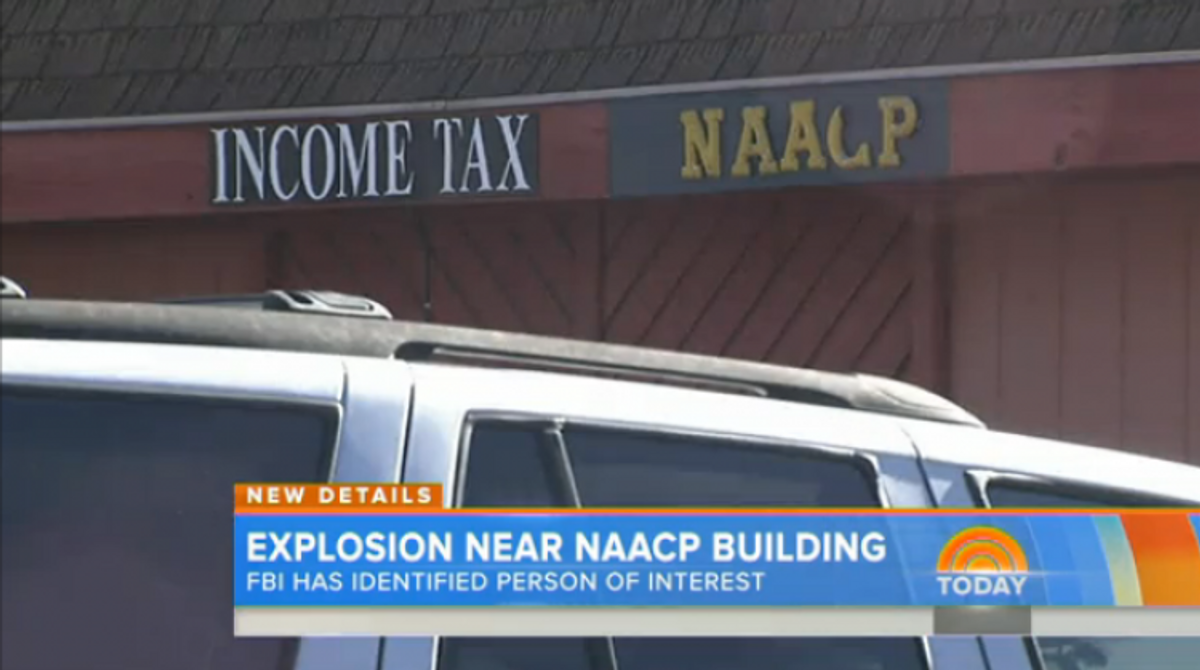 The FBI is searching for a possible person of interest following a Tuesday explosion that apparently targeted the Colorado Springs chapter of the NAACP.

NBC News reports that authorities are seeking the driver of a pickup truck spotted on the scene, where an improvised explosive device detonated near a gas can but failed to ignite. According to an FBI spokeswoman, the man driving the pickup is a balding white man who appears to be in his 40s.

Nobody was injured in Tuesday's blast.

Henry Allen, Jr., the president of the NAACP branch, told the local NBC affiliate that the terror attempt signaled "we are doing something correct."

"Apparently we have the attention of someone that knows we are working for civil rights for all," Allen said. "That is making some people uncomfortable, so therefore they feel the need to target."