GOP's new attack on Social Security: Yet another result of government for the 1 percent

Why is the GOP Congress immediately targeting Social Security? Because it's what their real constituents want 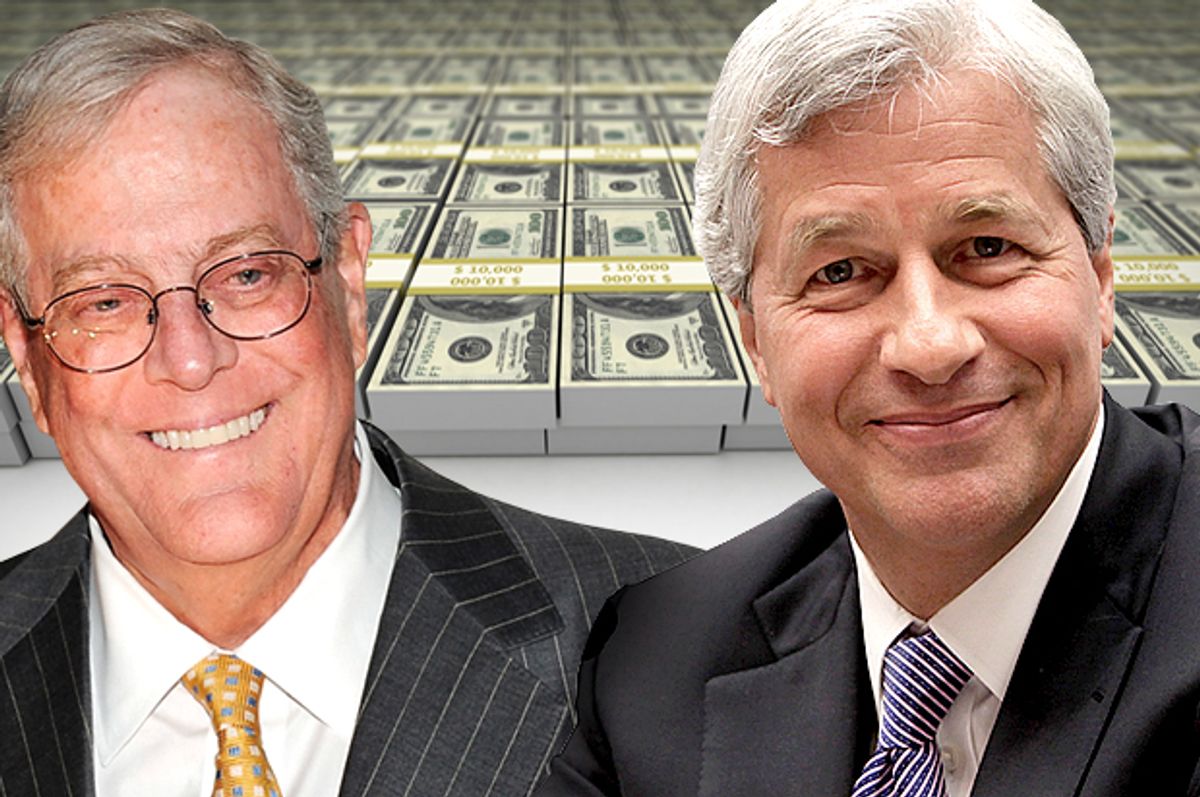 As I and many others wrote at the time, one of the few unifying characteristics of last year’s midterm elections was their paucity of greater meaning. Granted, that’s always the case with midterms, at least to some degree, when the literally hundreds of federal and state-level elections lack a presidential campaign around which to position themselves. But as I argued then and still believe today, the 2014 cycle was especially perfunctory, especially shambolic and especially tangential to the truly important issues facing the United States today. And voters seemed to agree — or at least that’s my explanation for why so few of them bothered to show up.

However, even if I still can’t quite tell you what 2014 was about, I can tell you one thing that it most certainly wasn’t about: a supposedly pressing need to make significant cuts to Social Security, which remains one of the precious few big government programs that still enjoys high levels of widespread, bipartisan support. That’s not to say Americans don’t support reforming Social Security, or that they’re not open to considering making some benefit cuts (primarily for the wealthy); they do and they are. But it is to say that no one could argue, at least not with a straight face, that cutting Social Security benefits was a major topic of the year’s many debates. And yet, according to two of the Senate’s most popular and influential liberals, that’s one of the very first things the new, GOP-controlled Congress is trying to do.

According to a Tuesday report from the Huffington Post’s Arthur Delaney, both Sen. Sherrod Brown and Sen. Elizabeth Warren have decried a new parliamentary rule just established by the GOP-controlled House of Representatives that will, they and other Social Security advocates say, make it nearly certain that millions of Americans will see their benefits slashed. The reasons for this are a bit arcane — Kathy Ruffing of the liberal Center on Budget and Policy Priorities think tank has a good rundown here — but the gist is that Republicans will now mandate that a routine shifting of funds from one part of Social Security to another can only be done if it’s accompanied by cuts (which most Democrats will oppose) and/or tax increases (which nearly all Republicans will oppose). And if these hurdles go predictably uncleared? An estimated 11 million Americans on Social Security Disability Insurance (SSDI) will see their benefits cut by 20 percent.

As the underrated Los Angeles Times columnist Michael Hiltzik correctly notes, the rule change is a result not only of conservatives’ traditional antipathy for Social Security but also of their newfound conviction that SSDI, in particular, is out of control. (A conviction that was strengthened by no less a liberal darling than Ira Glass.) They’re wrong on this score — the number of people on SSDI has indeed increased, but not because of any moocher chicanery — but because the SSDI-handout-machine narrative has become an article of faith among the conservative rank-and-file, it hardly matters. Brown, Warren and left-of-center activists and wonks can rail all they want — but they no doubt understand as well as House Republicans that launching a campaign against a parliamentary maneuver is, politically, a tough sell.

Of course, it’s not surprising to hear that liberals are incensed over this cloak-and-dagger attempt to bleed Social Security. What’s more noteworthy, I think, is the way in which the move by Republicans (which, keep in mind, they did on the new Congress’ very first day) is so dramatically removed from whatever motivated those few voters who showed up last November to hand the GOP its big win. Cutting SSDI has no serious effect on the issues that motivated most conservative voters — cutting taxes, dismantling Obamacare, approving the Keystone XL pipeline and increasing deportations for undocumented immigrants. It wasn’t even on their radar. Politicians are supposed to react to their constituents’ wishes; who was clamoring for this?

Well, you can probably guess who: the Republican-supporting members of the 1 percent. As Princeton’s Larry Bartels and Northwestern’s Benjamin Page and Larry Seawright found in a 2013 study that I consider essential reading for those who want to understand U.S. politics today, the only significant demographic group in America that wants to see cuts to Social Security ASAP is the 1 percent. Wealthy Americans, Bartels and Page wrote in an op-ed for the Los Angeles Times, not only care much more about the budget deficit than most Americans, but are “also much less likely to favor raising taxes on high-income people” as a solution, preferring instead “that entitlement programs like Social Security and healthcare be cut.” And as an equally important 2014 study from Page and Princeton’s Martin Gilens found, D.C. politicians care vastly more about the concerns of the wealthy than they do those of anyone else.

So if you’re scratching your head over why Republicans are so eager to attack a program as beloved by voters as Social Security, don’t. Just keep in mind that so long as American politics is dominated by the hyper-wealthy, the hopes and fears of regular voters only matter until the final ballot is cast. Once the latest election is over, once lawmakers begin their brief sabbatical between the last campaign and the next, Washington returns to its real primary concern: doing the bidding of their real constituents, the 1 percent.