Healthy obesity may not really exist

But that's still no excuse for fat shaming 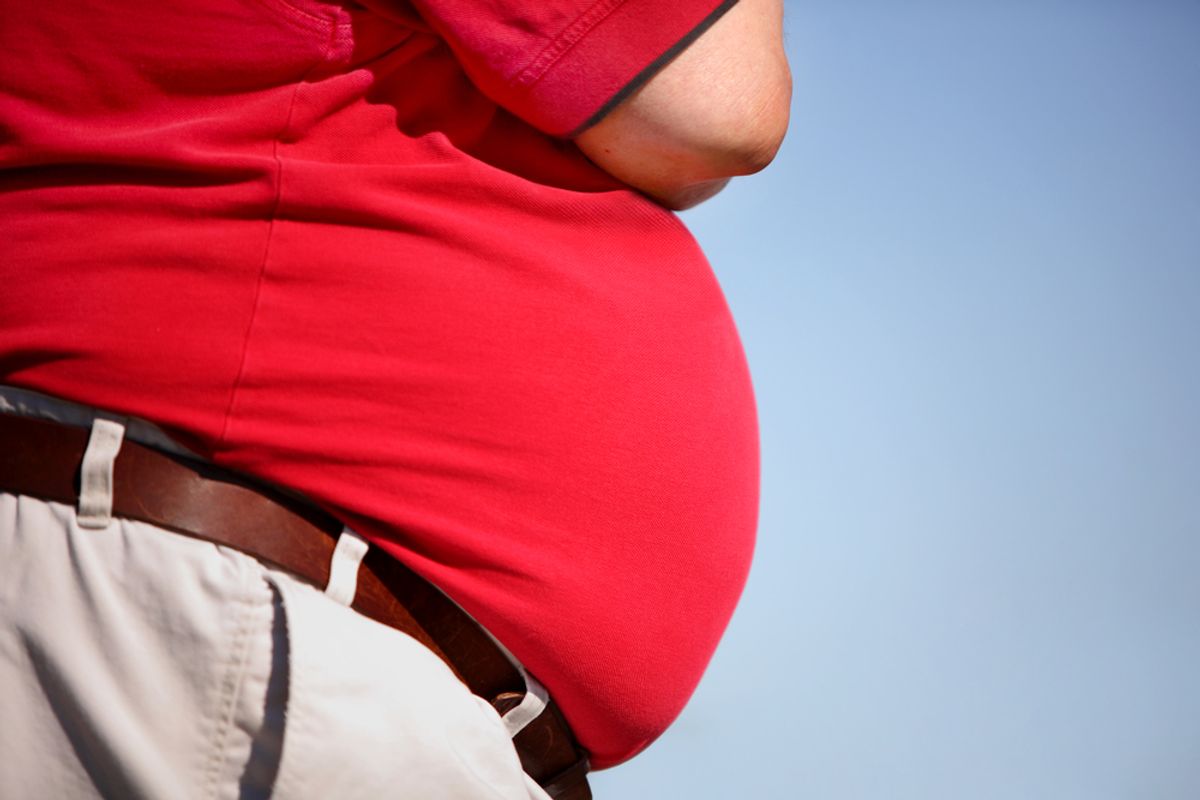 Obesity is one of the most difficult topics to write about from a health angle. Writing about the flu is easy -- the patient rarely feels blamed for contracting the virus; we aren't being constantly inundated with messages telling us that people without the flu are somehow better or more worthy than those who have become infected. Body weight is a completely different story. At the "Science of Us," Jesse Singal writes that the conversation about weight is "complicated:"

On the one hand, Americans -- and a lot of others -- really do eat way too much, really are overweight, and really do incur all sorts of devastating health difficulties as a result. On the other hand, everyone is constantly being peppered with unrealistic, damaging conceptions of what constitutes a "healthy" body... causing a lot of perfectly healthy people to feel insecure over the fact that they have a few more curves than the average model.

The thing is that being obese really does have adverse health effects, and our difficult relationship with food and our bodies make those effects tricky to discuss.

One talking point often invoked by advocates of body acceptance (which I am, and we should all be) is the idea of "healthy obesity"-- in other words, that it is possible to be overweight with healthy vitals like cholesterol and blood pressure. However, new research published in the Journal of the American College of Cardiology suggests that many who are considered to be obese but healthy may only be healthy for now, but destined for health problems in the future. The study examined the trajectory of 2,521 individuals including 66 who were, at one point, considered healthy obese and tracked their health for the following 20 years for cholesterol, triglycerides, fasting glucose levels, insulin resistance and blood pressure.

The researchers ultimately found that the state of healthy obesity was fairly tenuous:

In an interview with the New York Times, lead author Joshua A. Bell, a doctoral candidate at University College London said, "'Healthy obesity' is quite a misleading term. It sounds safe, but we know that it's only healthy in a relative sense. The healthy obese become unhealthy and progress into the highest risk group. This is a real challenge to the idea that the obese can be healthy in the long term."

Regardless, the study should not be used as ammunition for promoting unrealistic standards. There must be a difference between shaming and promoting good health.