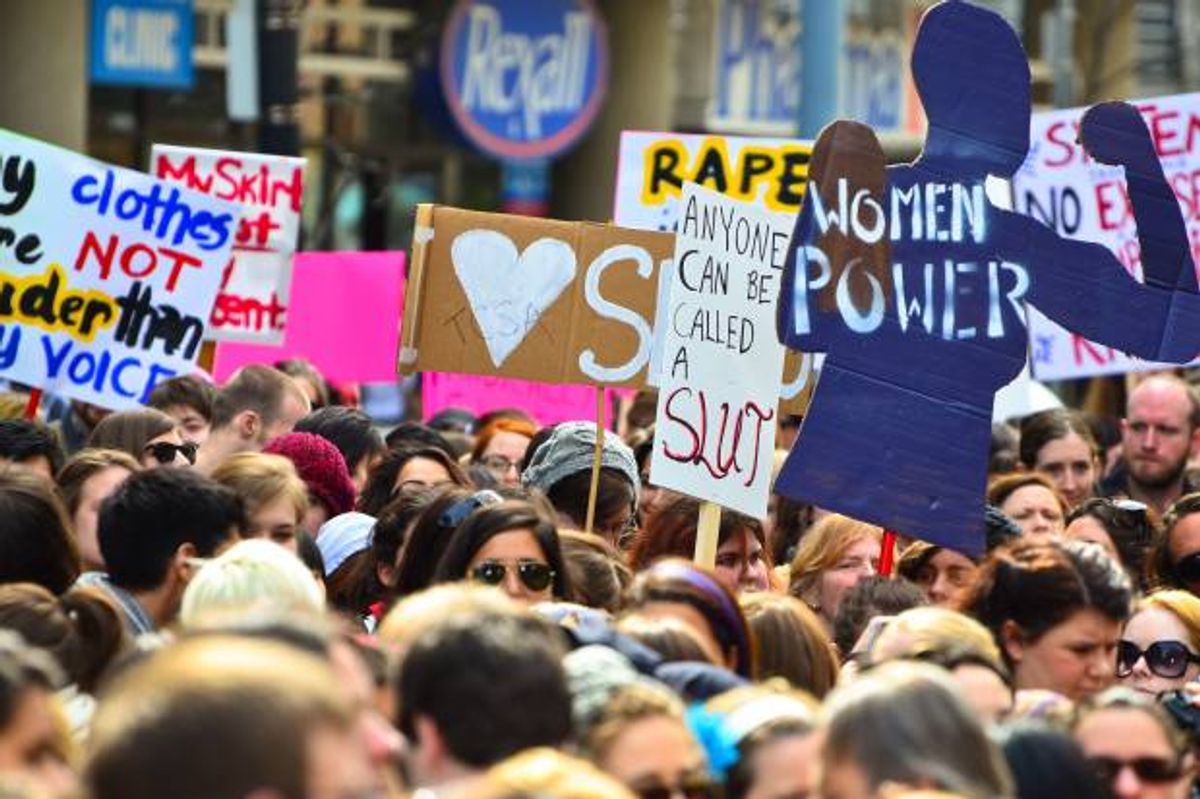 The Virginia General Assembly doesn’t officially reconvene until next week, but lawmakers have already made it clear that addressing sexual violence on college campuses will be a priority for the new session. Motivated by an explosive (though partially disputed) report from Rolling Stone on the University of Virginia’s decades-long pattern of ignoring rape on campus, a number of measures have been proposed to change how colleges and universities handle the reporting of sexual assault.

What each of these bills has in common, as Ed Pilkington noted on Wednesday over at the Guardian, is a mandatory reporting requirement. Senate bill 734, for example, requires “any administrator or professor employed by a public institution of higher education who through the course of his employment obtains information alleging that a criminal sexual assault has occurred to report within 24 hours such information to law enforcement.” Failing to do so would become a misdemeanor.

Minority Leader Richard Saslaw, one of the bill’s Democratic sponsors, told the Washington Post that he believed schools refuse to report assaults to law enforcement as a way to protect the institution’s reputation at the expense of student safety. “The reason they don’t come forward is because they know that the administration had but one goal and that’s to sweep that sucker under the rug,” he said.

And this is absolutely true. Administrators are covering their asses when they ignore sexual assault. But that doesn’t make mandatory reporting a solution to the problem. In fact, it could, and very likely will, make the culture of fear and silence surrounding rape and assault that much worse for victims. The reasons why, like everything related to sexual assault, are complicated.

Rape is the theft of control. An experience in which, to borrow from Ta-Nehisi Coates, a person can feel like they’ve lost their body. And while every victim should feel that they can report, the reality is that doing so is not always a safe option. That decision -- to report or not to report, to tell a friend but not tell the cops, to bring a teacher into your confidence but not your parents, total privacy or public statement -- is a reclamation of control.

Some victims choose to tell a trusted professor or advisor because it feels like a safe option. Forcing those same confidants to report, regardless of what the student expressed about their wish for anonymity or the desire not to go to the cops, puts a victim in a situation of losing control once again. It’s the opposite of safety. And, as anti-sexual violence advocates in the state have already pointed out, that can keep victims silent, even if they want to seek help or counsel.

“Even though these bills are meant to help and protect students, they could have the unintended effect of reducing reporting because it will dissuade survivors from coming forward,” Kate McCord, of the Virginia Sexual and Domestic Violence Action Alliance, told the Guardian. Sara Surface, a chairwoman of the Sexual Violence Prevention Coalition at UVA, echoed the sentiment in another comment to the Guardian.  “If survivors know that if they report to a professor or dean the staff in turn will be forced to tell the cops, that is totally going to dissuade people from making the approach,” she said.

Part of what motivates lawmakers behind mandatory reporting laws is a belief that the failures of accountability at institutions like UVA could be solved if only these cases were brought more swiftly to the attention of law enforcement. That kind of faith in the criminal justice system is woefully misplaced. The data more than bears this out, with only seven out of every 100 rapes leading to an arrest, three being referred to prosecutors and two resulting in a felony conviction. But another belief driving these laws, expressed by even well-intentioned lawmaker Saslaw, is that police departments are better equipped, more transparent and accountable, than universities at handling cases of sexual violence. It’s a dangerous assumption to make.

Last year, the New York Times found that the Tallahassee Police Department was just as unreliable in the handling of sexual assault claims, particularly when related to Florida State football players, as the university. An investigation into the New Orleans Police Department found that five detectives with the special victims unit regularly discarded evidence, arbitrarily closed cases and blamed victims for being sexually assaulted. The history of police failures is long. And victims have good reason not to trust a system that has failed and further victimized so many.

None of this is to say that there are not important policies to be taken up in order to address sexual assault, on campus and elsewhere. There is a growing consensus that our systems of accountability are broken. That rape is a problem of policy and of cultural norms around sexual entitlement, consent and violence. If the problem is spread across systems and our culture, then the solutions have to be, too. What that looks like, exactly, is a much more difficult conversation. But the question of supporting victims and holding perpetrators accountable won't be answered by a single bill or a single session of the General Assembly in a single state. And it certainly won't be achieved by further stripping victims of control over their own lives.