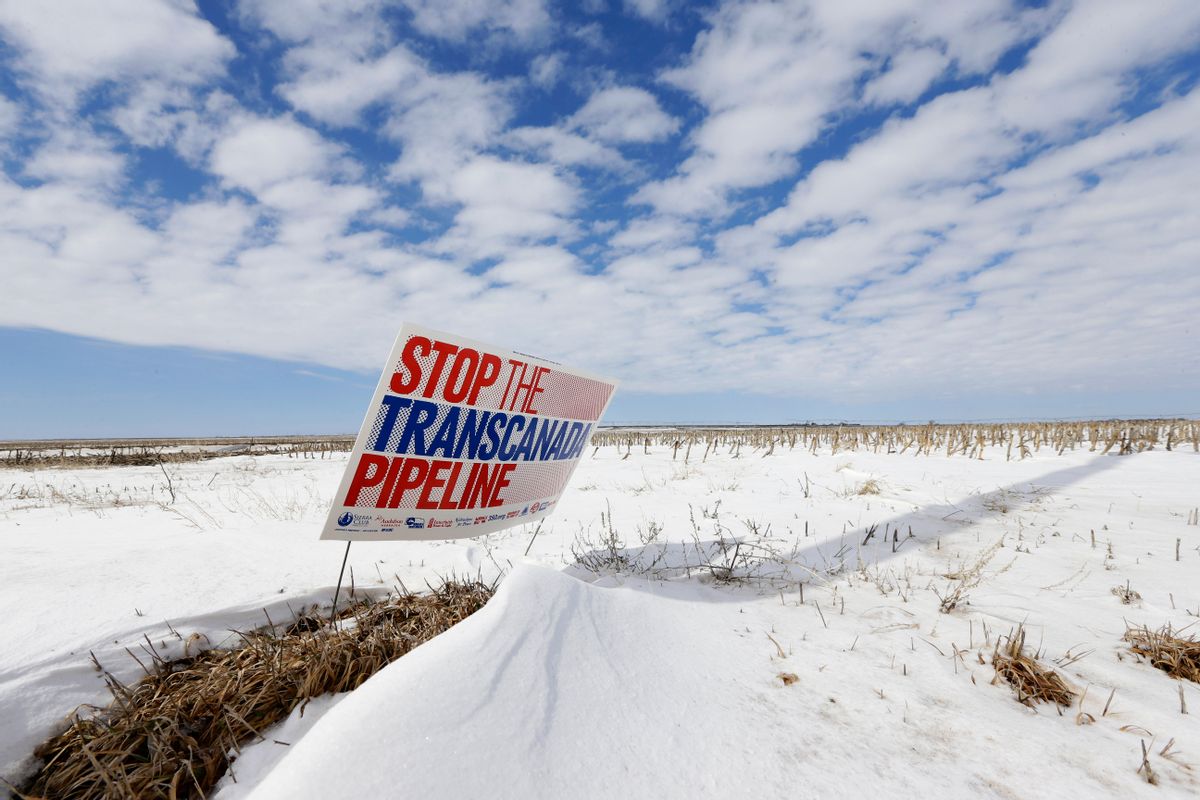 FILE - In this March 11, 2013 file photo is a sign reading "Stop the Transcanada Pipeline" placed in a field near Bradshaw, Neb. Even if the Republican-led Congress approves the Keystone XL pipeline, not a drop of oil will flow through the system until Nebraska signs off on its route. The routing process is still before the state Supreme Court, and depending on how justices rule, it could be months or longer before any construction in Nebraska begins. (AP Photo/Nati Harnik, File) (AP)
--

The three alleged attackers include a pair of brothers — one of whom was convicted in 2008 on terror charges and sentenced to 18 months in prison.

Thousands of people take to the streets to protest the attack at a French newspaper, while the slogan "Je Suis Charlie" goes viral on social media.

The Java Sea is dark and murky from monsoon rains, making conditions particularly dangerous for divers.

"America's resurgence is real," he declares after touring a Ford assembly plant in Michigan.

5. WHICH CASES PALESTINIANS PLAN TO BRING AGAINST ISRAEL

Now that they've joined the International Criminal Court, the Palestinians will lodge accusations related to last year's 50-day war in Gaza and to Israeli settlement construction on occupied lands.

Even if the Republican-led Congress approves the pipeline, no oil will flow through the system until Nebraska signs off on its route.

De Blasio is lifting a ban preventing students from having cellphones in the city's schools.

8. WHY AMERICAN KIDS ARE DIGGING THE DEEP-FREEZE

It's too cool for school in many parts of the country, where there's fear that bus brakes will freeze up.

Protesters shout at fans streaming in to attend the scandal-plagued comedian's first performance since November.

The 2013 Heisman Trophy winner says he'll give up his final two years of college eligibility and enter the 2015 NFL draft.