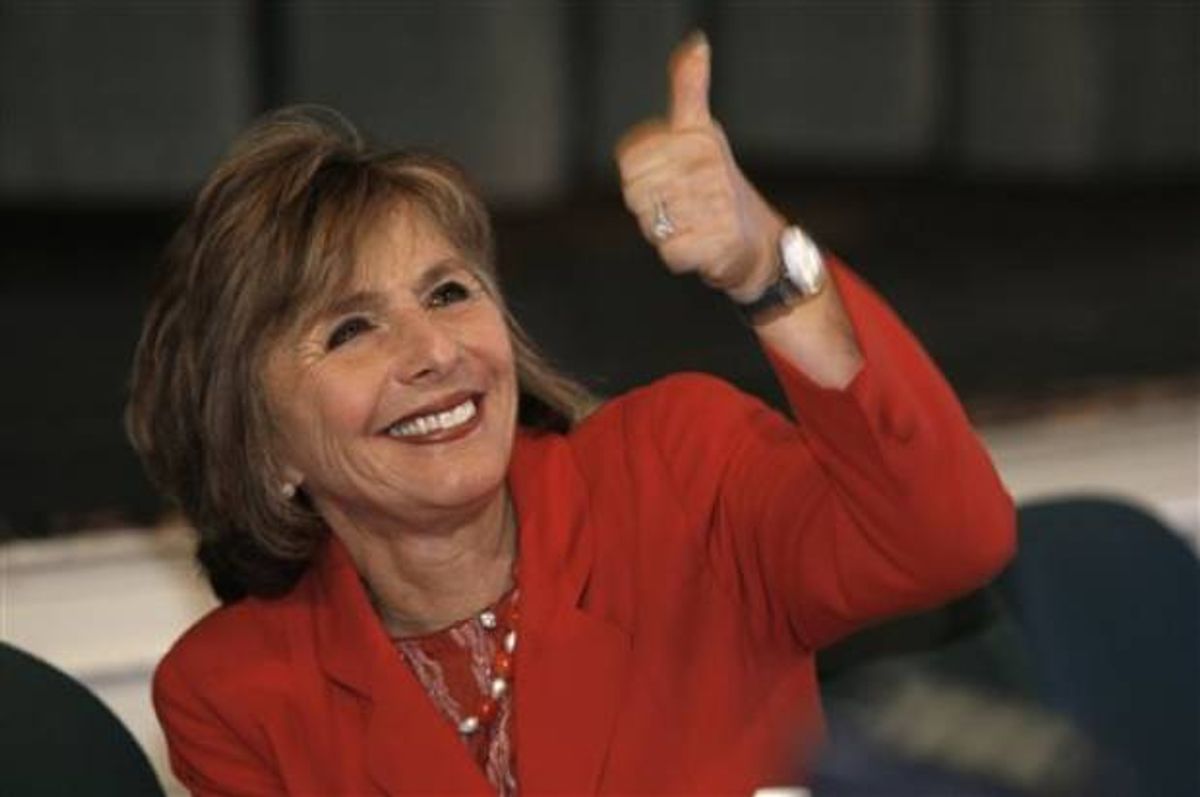 In an announcement that political observers had expected for some time, California Sen. Barbara Boxer confirmed Thursday that she will not seek re-election in 2016, paving the way for an open-seat contest that could attract some of the California Democratic Party's biggest names.

Sitting down for a video interview with grandson Zach Rodham -- the son of Boxer's daughter Nicole and Hillary Clinton's brother Tony Rodham -- Boxer announced that she will relinquish the Senate seat she first won in 1992. Asked by Rodham whether "constant fighting in the Senate" factored into her decision not to seek a fifth term, Boxer was adamant that it had not.

"You know, when you stand up there and you fight to make sure there’s a strong middle class and you protect a woman’s right to choose and you fight for jobs and a clean environment — all those things — human rights, civil rights — that’s a fight worth making. So that is not a factor in my decision," Boxer said.

The 74-year-old senator also made clear that her age played no role in her decision.

"Here’s the thing: Some people are old at 40. And some people are young at 80. It depends on the person. As for me, I feel as young as I did when I got elected," she said.

But at the end of the day, Boxer said she decided that she wants to "come home," although she vowed to remain politically active in her post-Senate career. During her nearly quarter-century in the chamber, Boxer has been one of the Democratic caucus's most forceful advocates of reproductive freedom and action to combat climate change. Until this month, Boxer was chairwoman of the Senate Environment and Public Works Committee, where she regularly sounded the alarm about the threat posed by a warming planet. Upon the Republican takeover of the Senate, climate change denialist Sen. James Inhofe of Oklahoma took over the committee.

First elected to Congress in 1982 to represent a San Francisco-based House seat, Boxer was seen as one of the likeliest Democratic retirements in 2016. She only reluctantly sought re-election in 2010, going on to defeat former Hewlett-Packard CEO Carly Fiorina by 10 percentage points.

Boxer's retirement may well set up a clash of Democratic titans in the deep-blue state. Among the candidates who may seek to succeed her are state Attorney General Kamala Harris, Lieutenant Gov. Gavin Newsom, and Los Angeles Mayor Eric Garcetti. In addition, there's speculation that former Los Angeles Mayor Antonio Villaraigosa, Bay Area congresswoman Jackie Speier, California Secretary of State Alex Padilla, and former State Controller John Chiang may also consider bids. But much of the talk centers around Harris, Newsom, and Garcetti, three of the party's rising stars widely expected to have their sights trained on higher office.

Politically ambitious California Democrats will have further opportunity to ascend the ranks in 2018, however. Term-limited Gov. Jerry Brown won't be able to seek re-election that year, and many expect Sen. Dianne Feinstein, who will be 85 then, to retire.