Nightmare at Disneyland: There's a measles outbreak in the happiest place on earth

Wouldn't it be great if there was some way to prevent the disease? Oh wait... 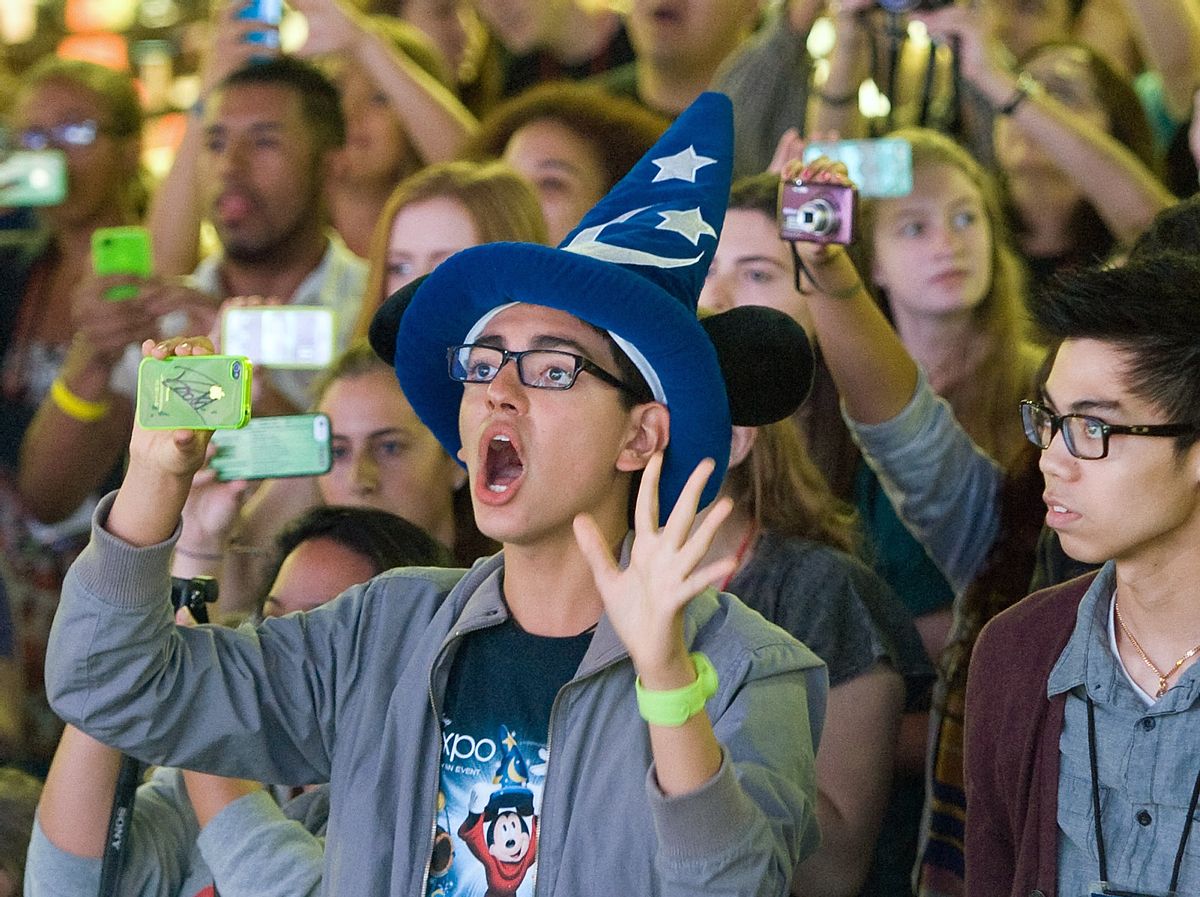 Disneyland is already largely a petri dish of disease -- so many tired children wiping their snot faces on Goofy and then riding log flumes through mechanized rivers filled with the backwash of thousands of other sweaty, unwashed, weeping toddlers. (Okay, it's also a place of magic and fantasy. Whatever. Not the point.) Now, reports are emerging that the theme park is even more petri dish-ish. On Wednesday, officials from the California Department of Public Health announced that the bureau is investigating nine cases of measles contracted at Disneyland or Disney California Adventure Park, likely during the holiday season.

Most of the cases were caught in surrounding counties in California, although two diagnosed patients live in Utah. The youngest patient to be infected is eight months old.

"We are working with the health department to provide any information and assistance we can," said Dr. Pamela Hymel, the chief medical officer at Walt Disney Parks and Resorts.

The reports are scary, to be sure -- Measles is one of the leading causes of death for children around the world and spreads through the air, meaning that an individual could contract the virus just by standing near someone. The illness starts out with a fever, then a runny nose, a cough, a rash. Doctors should be racing to come up with a viable cure to the disease given its entry into one of the most populous attractions in the country.

Oh wait. I forgot. We eliminated measles in 2000 with a highly effective vaccine. But eight of the nine people who contracted it in California hadn't been vaccinated. The ninth was too young and should have been protected by herd immunity, the public health concept in which those who are strong enough to be inoculated (the majority of the population) act as a kind of shield around those who for whatever reason cannot (usually the very young and the elderly).

In recent years, there has been a dramatic uptick in the number of measles cases in the U.S.; there was actually a record-breaking number of infections in 2014. Officials from the Centers for Disease Control and Prevention have traced the majority of cases back to people who haven’t been vaccinated.

Deeply rooted conspiracies about vaccines appear to be at least partly to blame. An increasing number of parents are choosing to skip their kids’ MMR shots based on the scientifically inaccurate belief that the vaccine can lead to autism...

Anti-vaccine beliefs are particularly prevalent in Disneyland’s home state. People in California — and especially left-wing parents in Los Angeles’ wealthy school districts — are opting to waive their children’s vaccination requirements in rising numbers. Doctors in those areas are now receiving more training about how to convince parents to make different choices.

"If you have symptoms, and believe you may have been exposed, please contact your healthcare provider," said California health officer Ron Chapman in a statement. "The best way to prevent measles and its spread is to get vaccinated."