Elizabeth Warren: Hard work is important -- but it's not always enough 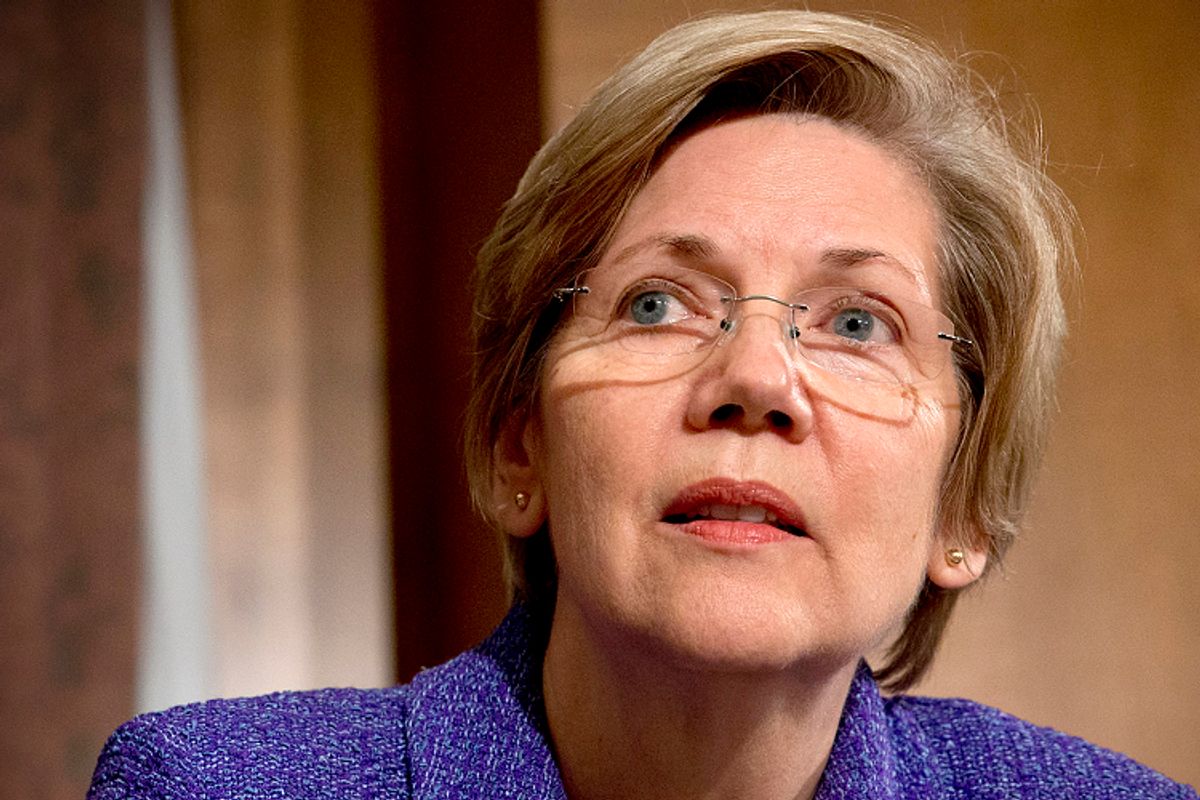 As one of the country's most impassioned champions of a more egalitarian social order, Massachusetts Sen. Elizabeth Warren has long advocated robust government action to foster opportunity for those who didn't win the birth lottery. In a video that went viral in 2011, Warren offered a forceful defense of what she described as America's "underlying social contract":

Now look, you built a factory and it turned into something terrific, or a great idea? God bless. Keep a big hunk of it. But part of the underlying social contract is you take a hunk of that and pay forward for the next kid who comes along.

Such talk is anathema to those who cling to the myth that you don't need any gubmint investments to get ahead in life -- all you need is to pull yourself up by your own there bootstraps. In an exceedingly unequal America -- where the social class one is born into is depressingly predictive of where one will end up in life -- that myth is increasingly untethered from reality. People sense this because they live it; hence the fact that Warren's brand of progressive populism has caught fire. Speaking before the AFL-CIO's Raising Wages summit on Wednesday, Warren sounded the same themes that catapulted her from Harvard law professor to one of the leading progressives in American politics. Assailing Wall Street's pernicious political influence and the forces of concentrated wealth, Warren acknowledged that America's economy is on the upswing, but she noted that for far too many Americans, the country's growth has yet to trickle down.

In one of the most notable passages of her speech, Warren told a story she's repeated many times before. "I remember the day my mother, scared to death and crying the whole time, pulled her best dress out of the closet, put on her high heels and walked to the Sears to get a minimum-wage job," Warren related. "Unlike today, a minimum-wage job back then paid enough to support a family of three. That minimum-wage job saved our home — and saved our family. My daddy ended up as a maintenance man, and my mom kept working at Sears."

Warren then explained how she went from a janitor's daughter to her current position of political power. "I made it through a commuter college that cost $50 a semester and I ended up in the United States Senate," Warren said. "Sure, I worked hard, but I grew up in an America that invested in kids like me, an America that built opportunities for kids to compete in a changing world, an America where a janitor’s kid could become a United States senator. I believe in that America."

The Bay Stater understands that she wouldn't be where she is without individual ambition and sheer grit. She is, as she has described herself on more than one occasion, a "fighter." But she also understands that a sense of public purpose helped catapult her from the Oklahoma prairie to the ivory towers of Cambridge and the hallowed halls of the U.S. Senate. Warren worked hard to arrive there, but the single mother working in fast food is working incredibly hard, too, only to earn a wage that comes nowhere near a living one. That's not the tragic but unavoidable consequence of life in America; it's a political choice, borne of policymakers' complacency with what Warren on Wednesday called a "rigged" economic system.

As dispiriting as that harsh reality is, Warren's story illustrates that a different way is possible.