"Portlandia" and "Archer" grow up: How the cool kids' shows got even better

In their new seasons, these shows are as weird and funny as ever -- but more mature 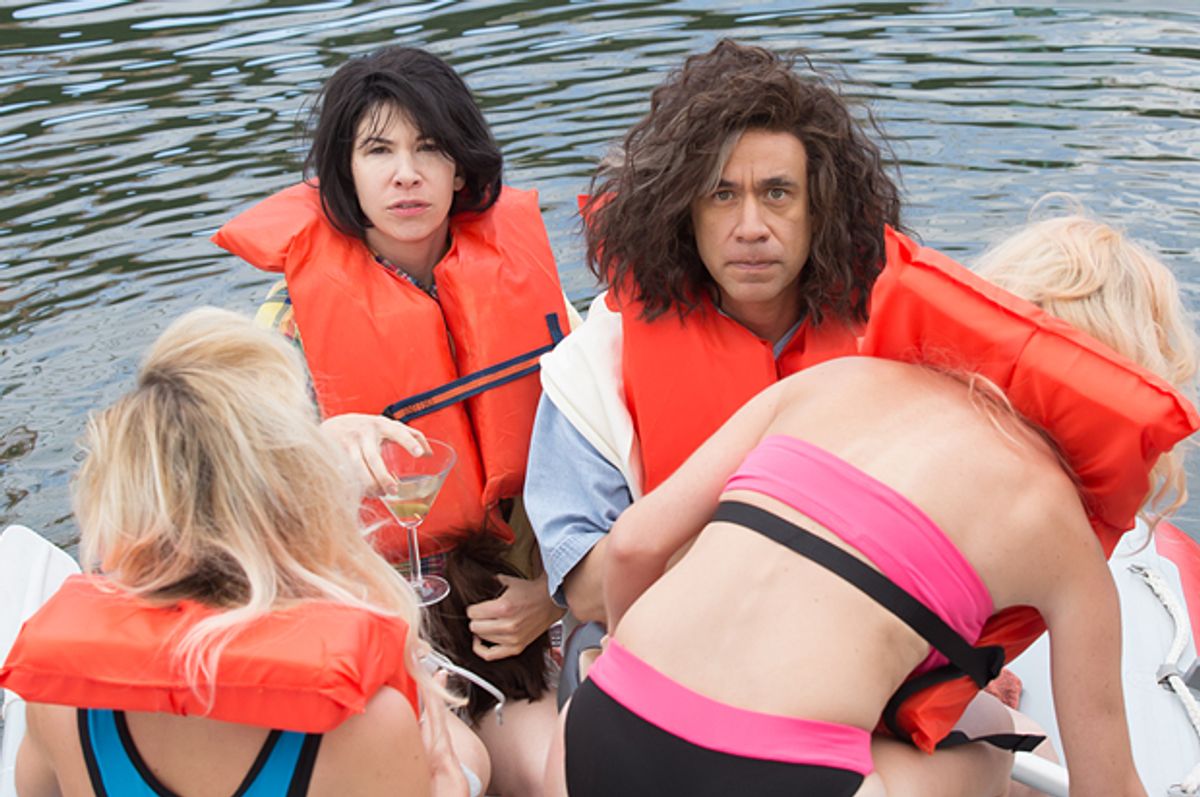 Six seasons in, with a seventh already approved by FX, the adult animated series “Archer” is no longer about a 35-year-old, but a 41-year-old—assuming, that is, that Sterling Archer and his co-workers at ISIS actually age. Animated shows like “The Simpsons” and “Family Guy” sometimes ignore the space-time continuum entirely, opting for freezing a family in time and either killing them off or resurrecting them, as the situation demands it.

“Archer” has taken full advantage of the animated medium’s freedoms, but it’s also opted for a little more continuity. Characters change, sort of: Kreiger was replaced by one of his clones; Ray was in a wheelchair for a while, but then got bionic legs; Pam developed a cocaine habit and lost a ton of weight, and then gained it all back. They might not yet have matured much, but “Archer” has a long memory for its characters, whether that’s reminding the audience of Cyril’s sex addiction or always depicting Archer’s back with the two tattoos he got (the names “seamus” and “dicky”; it’s a long story) in two different episodes.

And at the end of last season, it introduced the show’s biggest character change yet: The birth of Lana and Archer’s daughter, Abbiejean, whom Archer only found out about after she was born. Lana’s a grown woman, and she knows what she’s doing. Archer… is less so. He’s an overgrown child with serious mom issues; both frighteningly good at his job and frighteningly bad at it, too. Being a dad is totally at odds with the image “Archer” and Archer have carefully constructed: a booze-soaked, oversexed, casually violent spy, a too-honest James Bond.

But what makes “Archer” brilliant is how well it has skewered that self-same image. Adam Reed—creator, showrunner, voice actor, and writer—seems to have composed “Archer” both as a love letter to douchebags and as a set of instructions for destroying them. Having a baby might be the final nail in the coffin. Then again, maybe not; Sterling’s the resilient type. But for example, in Thursday’s premiere, Archer starts the season processing his new-parent status by banging hookers and drinking cobra whiskey in Thailand, telling a Japanese soldier, “I feel like a racist and resent you for making me feel that way.” He ends the episode by apologizing to that same soldier (who didn’t realize World War II had ended; it’s a long story) for Hiroshima and Nagasaki, adding, “Things just kind of work out for me. Which, I kind of take for granted.” It’s a redemption arc—kind of—but maybe the beginning of something more; the long overdue growing-up of douchebaggery (which is, at its core, unchecked privilege of any kind). Can you imagine James Bond reproducing, or feeling bad about the West’s many sins? Probably not. Down with Bond, up with “Archer.”

“Portlandia,” up until now, has been just as cool as “Archer,” but coming from the other direction. Where “Archer” has reveled in frat-boy humor, “Portlandia” wears flannel, drinks fair-trade coffee, and thinks art is Very Interesting. While “Archer” pokes holes in the swaggering masculinity of its heroes, “Portlandia” lovingly mocks hipster culture—its liberalism, its conscientiousness, its at times absurd efforts to be as conflict-free, organic and locally sourced as possible. So instead of having one protagonist, like “Archer,” “Portlandia” allows its two leads—Fred Armisen and Carrie Brownstein—to inhabit a multitude of characters, across a range of genders and sexualities, each with their ridiculous quirks. It’s sketch comedy from a particularly focused ensemble of two—and much of the joy comes from the ease each has with the other.

The only downside to sketch comedy is that it ends up having a somewhat niche audience. The whirlwind of characters makes it hard to settle into the artifice of the storytelling; instead of characters, the audience ends up watching comedians at work. The wigs and vocal affectations are interesting, but it’s not exactly a story.

And five seasons in, both the hipsters in Portland and “Portlandia” itself are aging—hipster culture has gone from something practiced in niche cities to a lifestyle that is basically mainstream; the snarky, inside-jokey show is a little less potent than it was when it first aired in 2011.

So “Portlandia” is taking a different approach to its fifth season: Rather than break down each episode into sketches, each episode is its own, contained sketch, focusing on one particular set of characters and their stories. It makes “Portlandia” a lot easier to watch—and a bit more profound, too. The fifth season premiere, airing on IFC on Thursday night, focuses entirely on Toni and Candace, the owners of Portlandia’s now infamous Women and Women First independent bookstore. No cutaways, no distractions, just “The Story of Toni And Candace,” which takes us back to New York City, 1991, when the two met for the first time. Toni and Candace recount how they became friends for an “interview”—it’s a blurb for a community newsletter—and it turns out, they were once rivals in a sexist corporate environment.

Armisen and Brownstein play the era for laughs, naturally—the power suits, the big hair, the dance-offs to Snap’s “I’ve Got the Power.” But lurking underneath the over-the-top hair is a story that brings more of the characters’ relationship to each other out into the open—one that’s explored in the second episode, too, “The Fiancée,” starring characters Lance and Nina. There’s something a little bit more meditative about season five of “Portlandia,” even as it’s also a bit more absurd. (In “The Fiancee,” Armisen and Brownstein play two sets of characters in the same story line, which is both very weird and very funny.)

Fans of both “Portlandia” and “Archer” will be pleased with the upcoming seasons—based on what I’ve seen of each, the shows are still in top form. But along the way, they’re slowly but surely maturing, along with their characters, and most important, their audiences. I’m five and six seasons in with these two shows; it’s nice to know they can still, at times, surprise me.