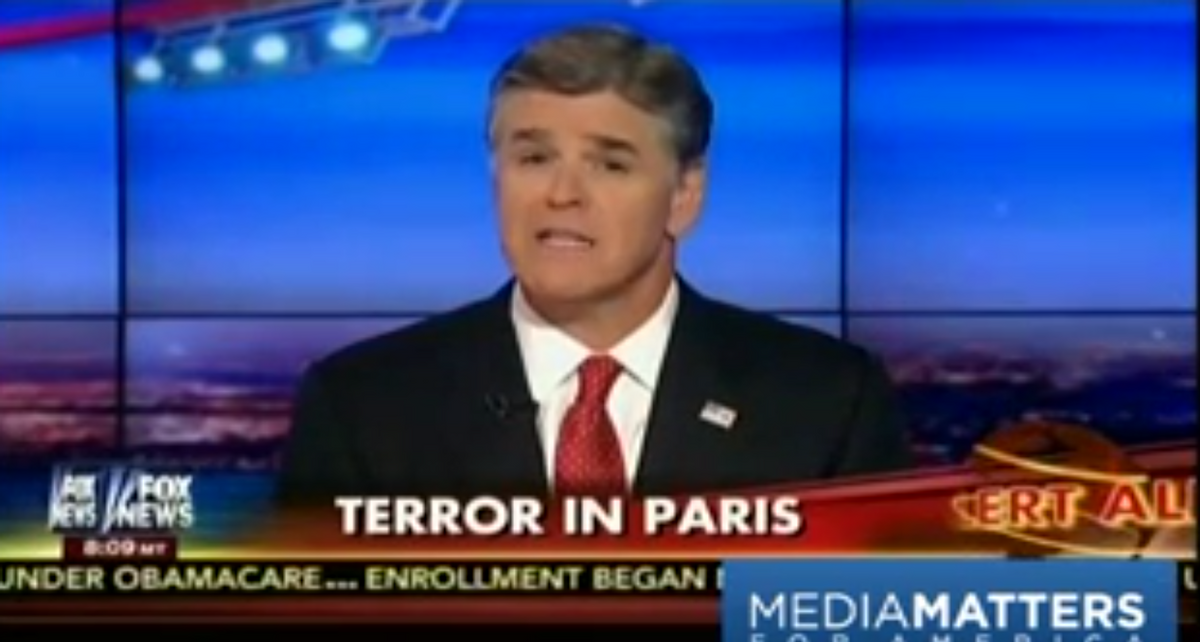 On Wednesday's edition of Fox News' "Hannity," Fox News' Sean Hannity armchair philosophized about the underlying cause of Wednesday's attacks on satirical magazine Charlie Hebdo. He blamed the problem on allowing Muslims to immigrate to France and not forcing them to become typical, snooty French.

"It seems if you watch in recent years, it's not just France but all of Europe. There's been a major influx -- immigration, people from Muslim countries. They've not assimilated, they've separated. They have 'no-go zones.' If you're non-Muslim, you're not allowed. No police, not even the fire department if there's a fire. Sharia courts have been allowed to be established. Prayer rugs in just about every hotel. Is this a major mistake, made by France, Europe in general? Are we making that mistake in the United States, not insisting on assimilation?"

Just a note here: white people have been doing this stuff for years. American equivalent for "no-go zones?" Country clubs. The Bible is literally in every hotel room in the country. But mass killings still happen regularly. Should we force everyone to assimilate to a New York Jewish lifestyle? Has there ever been a demographic less capable of physical violence?