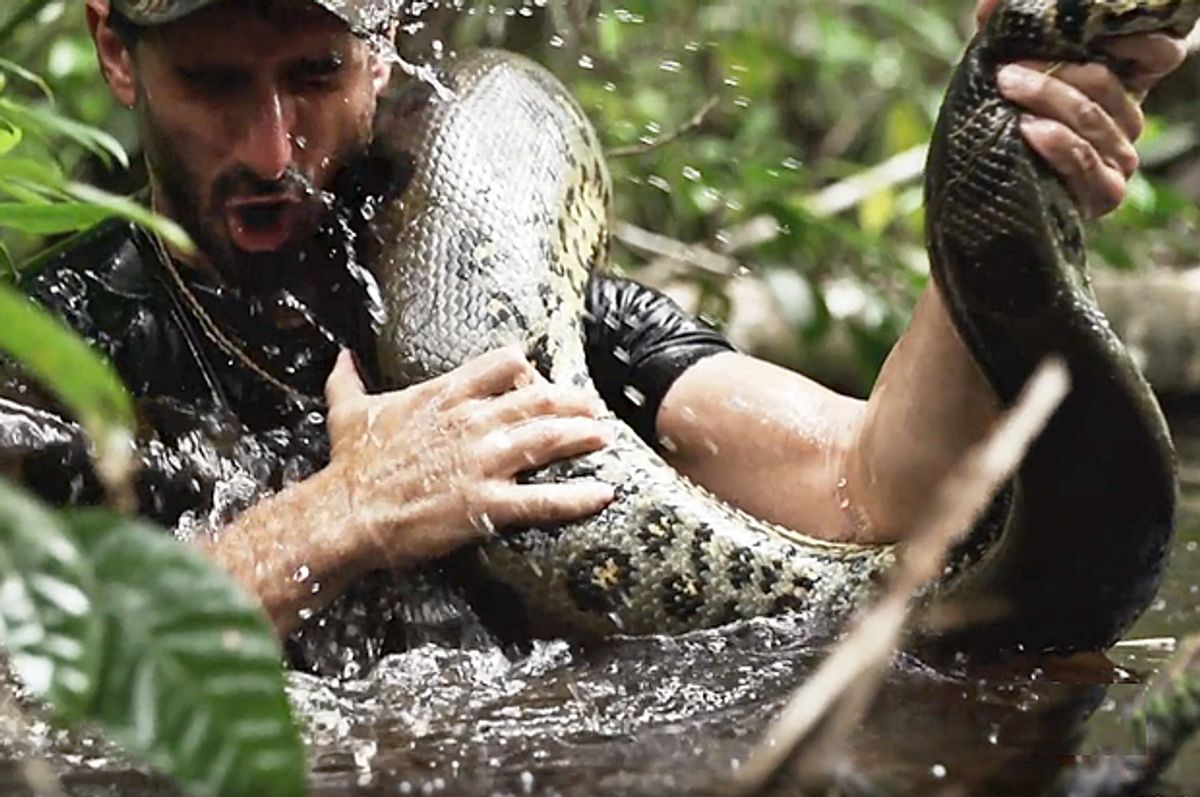 Discovery Channel was once the standard of educational television -- curious children across the country once dreamed of hosting their own shows so that they might also be able to wrestle with a leopard cub. In the past decade, however, Discovery devolved into a steaming pile of made-up excrement. The majority of the programming on its famed Shark Week is fiction. They recently aired a special in which a naturalist came very close to being eaten by an anaconda (on purpose). They did some dumb thing about mermaids.

But no more! New chief Rich Ross announced Thursday morning at the Winter TV press tour that the channel would no longer air fiction masquerading as fact.

Ross explained patiently he’d made a very strong statement this morning as to the direction in which he’s taking Discovery Channel, naming HBO veteran John Hoffman as Executive Vice President of Documentaries and Specials. “This was not just a signal, it was a message that it’s very important to us, and to me, that when people are telling stories and they’re delivering information that it is true and can be entertaining as well, which is mandatory.”

Discovery is “more narrowly niched than it needs to be,” Ross said, and that he intends to  return Discovery Channel to the “No. 1 brand for whole family and not just for the men in the family.”

Even beauty pageant questions, like “What is your dream project?” he kept on-point, responding he’s looking for programs that “impact people to do something,” hinting he thinks history programming is “underutilized,” and is looking at a couple of pieces of scripted programming along those lines. His idea of an ideal Discovery show is one that “makes people care and do something about it.”

Ross even responded to the "Eaten Alive" controversy, noting that the producers had "the right intention, with a packaging that was deeply misleading." "To me you don't have to be so sensational, and over-promise," he said. He'd rather see a special in which "the story is clearer and it is what you want to watch but you don't expect something at the end of it that can't possibly happen."

"I don't believe you'll see a person being eaten by a snake in my time," he continued. "I can't over promise that, but that's how I feel today."