Somebody needs to take this sweet, senile man off television 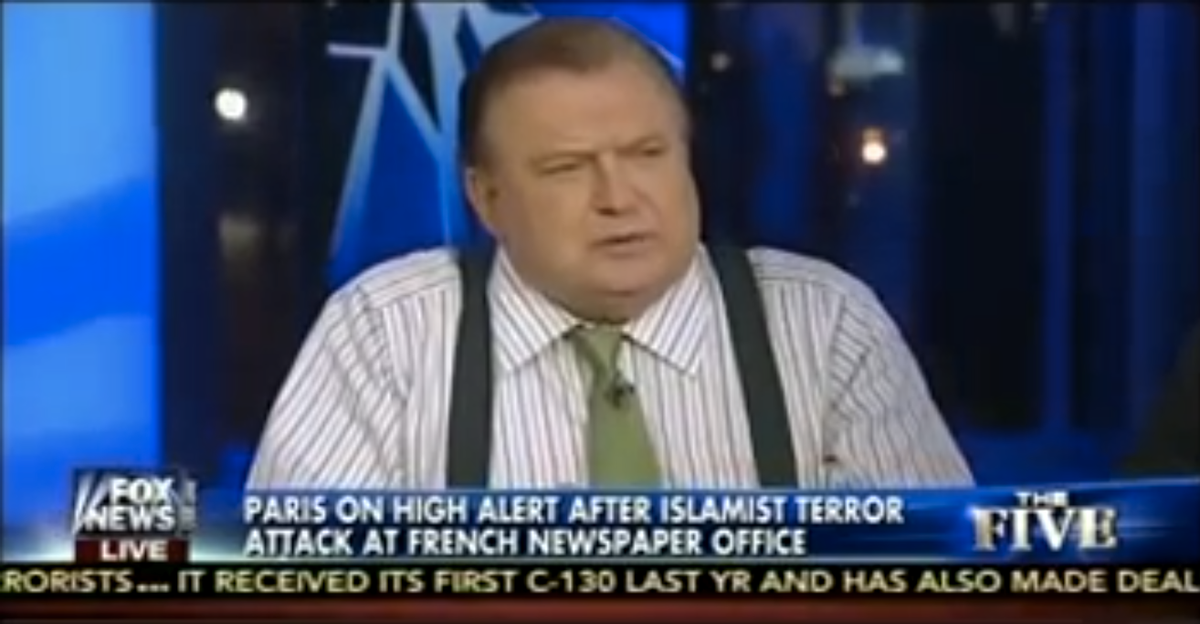 On Thursday evening, the gang on Fox News' "The Five" used the massacre at satirical magazine Charlie Hebdo's Paris offices to discuss a pesky brand of liberalism creeping its way across Europe. Bob Beckel, the show's token "progressive" had some words to say on the topic:

"Have you noticed that poll in France that young people were much more predisposed toward radical Islam than older people?" Beckel asked his co-hosts. "I think it's sort of like in the United States where younger people today, it's not at all unusual for people to see multicultural dating, for example. Back when I was young you didn't date out of your own ethnicity. But in Europe and other places, this mingling that's going on here, younger people are beginning to find this acceptable. And that's the thing that is sort of scary because they're getting exposed to it on a daily basis."

Co-host Greg Gutfeld quickly jumped in: "I don't know if you can compare affection for radicalization to mixed dating. You don't mean that."

"I didn't mean that," Beckel said.

"No, I think he messed up," said Kimberly Guilfoyle.

"It was a stretch but I was trying to find something we could relate to."

That exchange makes me want to cry a little, just because Beckel was trying to be smart and included in the conversation and ended up being so aggressively racist and wrong. It was a good, honest effort, you senile old bag of jelly. A really good effort.