Proposal stands no chance of passage, but draws line in the sand ahead of 2016 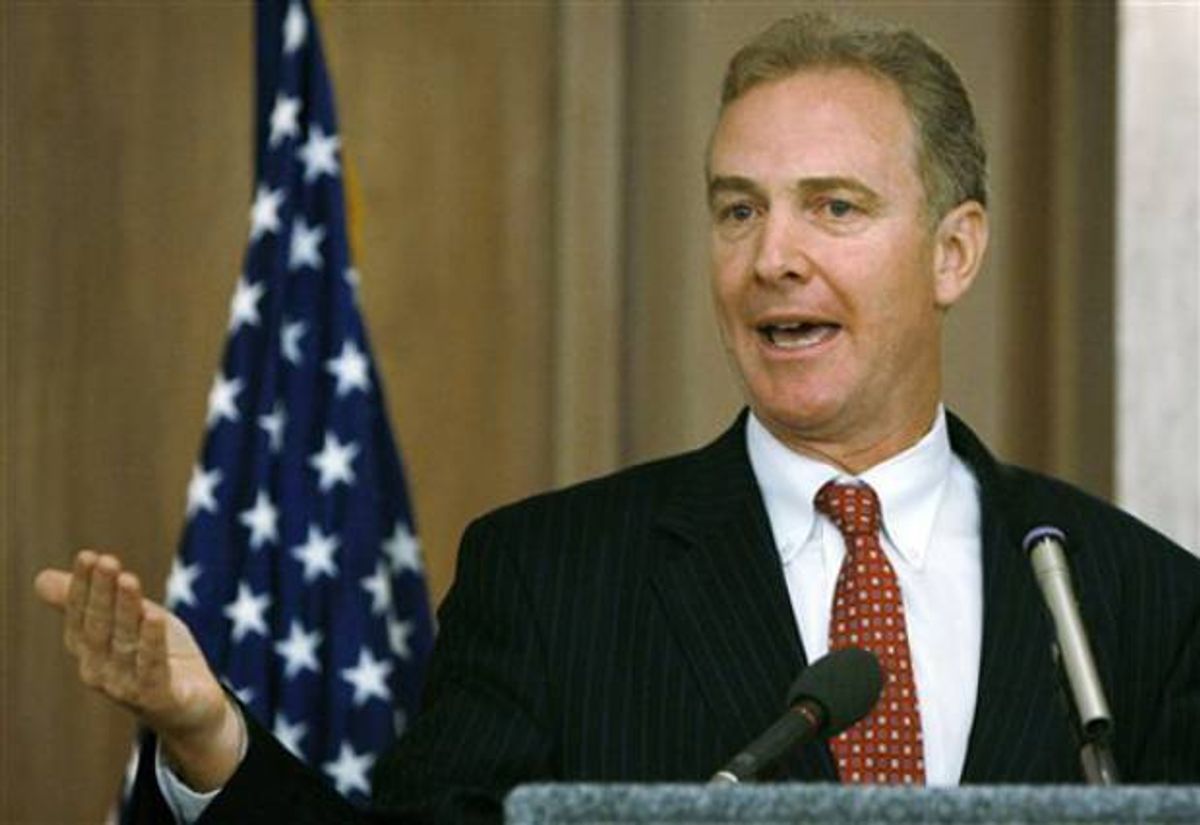 Following a midterm drubbing that many observers blamed on the party's lack of a coherent economic message, Democrats on Monday are set to unveil a bold proposal for broad-based tax relief, to be paid for by a financial transactions tax and limiting tax breaks for the wealthiest Americans.

Maryland Rep. Chris Van Hollen, the ranking Democrat on the House Budget Committee and a top lieutenant to Minority Leader Nancy Pelosi, will lay out the proposal in a speech today at the Center for American Progress. The Washington Post offers a preview:

The centerpiece of the proposal, set to be unveiled Monday by Rep. Chris Van Hollen (D-Md.), is a “paycheck bonus credit” that would shave $2,000 a year off the tax bills of couples earning less than $200,000. Other provisions would nearly triple the tax credit for child care and reward people who save at least $500 a year.

The proposal also aims to boost workers' wages -- a core concern of policymakers, given that wages haven't risen in tandem with productivity and economic growth. In addition to the paycheck bonus, Van Hollen's plan would increase the child tax credit from $3,000 per person to $8,000 (or $16,000 per couple), establish a "saver's bonus" of $250 for workers who set aside at least $500 a year for retirement or savings accounts, and reduce the so-called marriage penalty.

Van Hollen proposes to pay for the tax cuts with a 0.1 percent tax on stock trades, similar to the financial transactions tax proposed by leaders of the European Union and many economic policy experts, who argue that such taxes check against risky speculation and rising inequality. Moreover, Van Hollen would limit tax deductions for the top one percent of earners and ban corporations from deducting bonuses worth more than $1 million. Instead, to secure the deduction, the plan would require companies to show that workers benefited from their performance with wage increases of roughly four percent.

All told, the Post reports, the proposal would transfer 0.6 percent of gross domestic product from the nation's wealthiest citizens to the middle and working classes.

With both chambers of Congress now controlled by Republicans, the proposal stands no serious chance of passage. Still, it offers an early look at Democrats' efforts to shape the contours of the nation's economic policy debate heading into 2016. As many potential GOP presidential candidates voice rhetorical concerns about economic mobility and inequality, Democrats will press Republicans on what specific measures they would take that would actually tackle the deep inequalities plaguing American society. With Van Hollen's proposal, Democrats have drawn an early line in the sand.