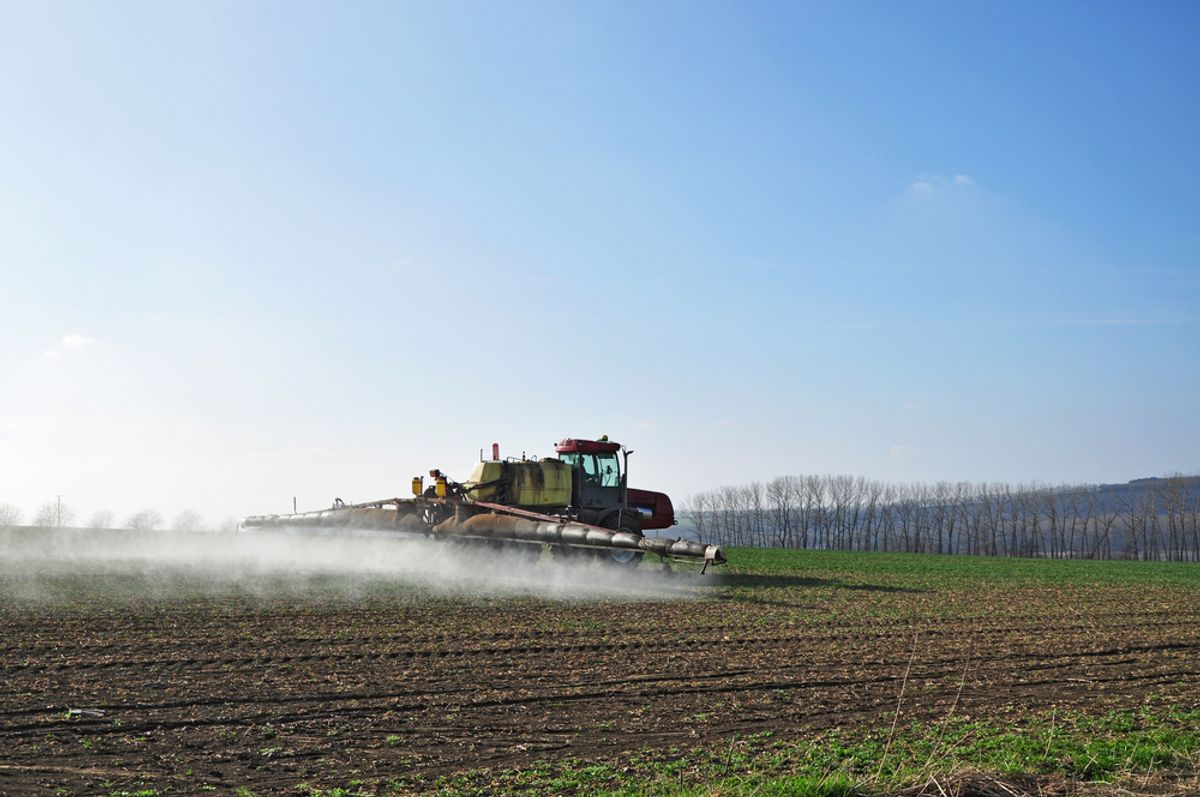 The city of Des Moines, Iowa, has a contentious new plan for dealing with its polluted water: suing its neighboring counties.

The lawsuit is being called an unprecedented solution to a very real -- and expensive -- problem. The main source of nitrate contamination is the use of synthetic, nitrogen-based fertilizer on farms, along with animal manure, which, in Iowa, end up in streams after running through underground drainage systems. Heavy levels of nitrate, which is regulated under the EPA's Safe Drinking Water Act, are associated with a number of serious health problems, including some cancers and the potentially fatal "blue baby syndrome" in infants under six months. And down the line, the pollution makes its way to the Gulf of Mexico, contributing to the gulf's massive "dead zone."

In 2013, NPR reports, the Des Moines water utility spent $900,000 filtering the chemical out of the water. Then, it had to deal with the problem of what to do with it all: according to an investigation conducted by the Des Moines Register, the city ended up dumping 13,500 pounds of the stuff back into the water, leaving it up to communities downstream to filter it back out again. The strategy, while legal, didn't reflect well on Water Works' image as a team player.

The utility's decision to sue, meanwhile, shifts the question of who should be held responsible for nitrate pollution back upstream, to the source. As Bill Stowe, general manager of the Des Moines Water Works, explained to Iowa Public Radio of the governments that built the farm drainage systems: "When they build these artificial drainage districts that take water, polluted water, quickly into the Raccoon River, they have a responsibility to us and others, as downstream users."

"We're not out there to seek damages," Graham Gillette, chairman of the waterworks board, said last week at a public comments session preceding the lawsuit. "We're really out there to seek this permitting and regulatory process. This isn't about us recouping losses or protecting our individual asset. It's about protecting Iowa waterways."

But others are not convinced that legal threats are the answer. Litigation "continues the negative, antagonistic and unproductive approach by the current leadership at Des Moines Water Works," Iowa Secretary of Agriculture Bill Northey said in a statement. "Working with farmers and investing in additional conservation practices are what is needed."