"Do absolutely nothing": How Obama wins the immigration standoff

For all their posturing, Republicans are playing this policy fight with an awful hand -- and no policy alternative 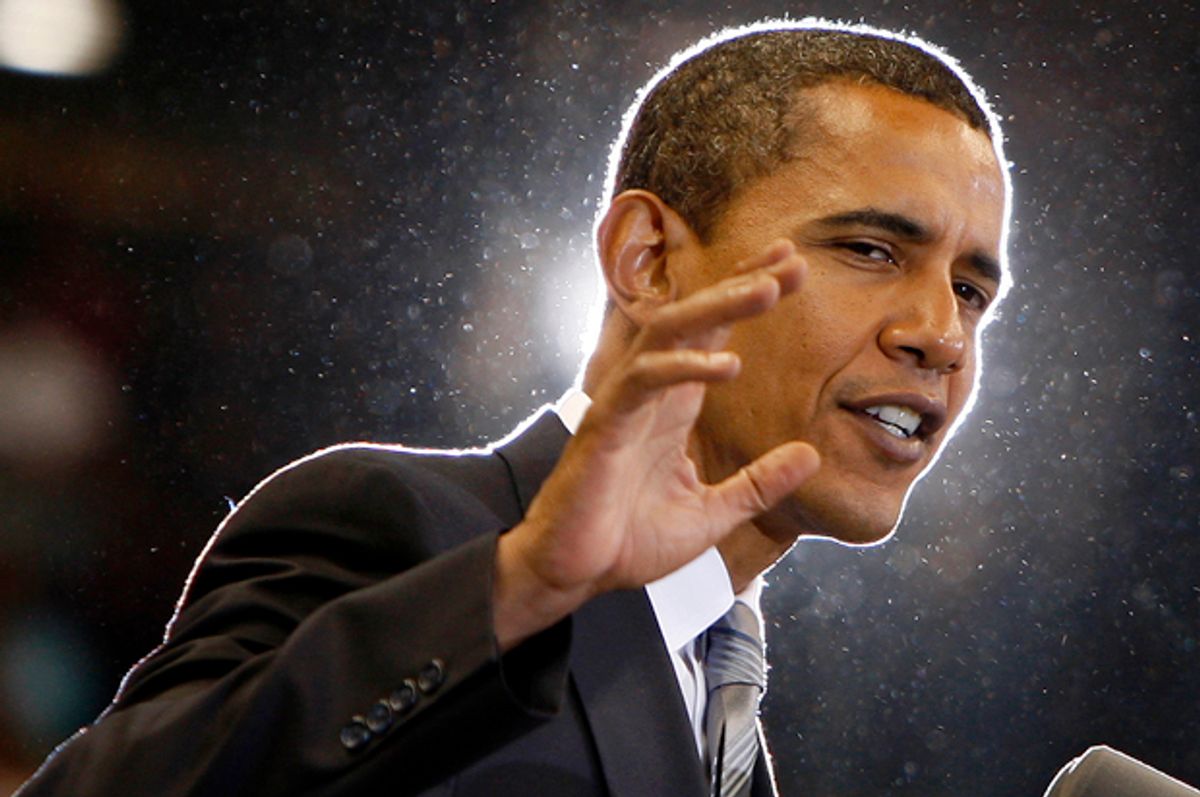 The newly installed Republican majority in Congress is wasting no time in saving us from the brink of a socialist-communist-Nazi Obamageddon. The party’s leadership is planning its opening salvo for this week, when House Majority Leader Kevin McCarthy of California will try to undermine Obama’s executive order on immigration, which grants undocumented folks with citizen children a reprieve from deportation if they’ve been in the country five years and have no criminal background, by introducing a bill choking off funding for the Department of Homeland Security (DHS).

Here’s how Obama wins the immigration standoff: do absolutely nothing.

At heart, Republicans have the same problem on immigration that they had on healthcare: They have no policy alternative. And while right-wing legislators have been moderately successful at using the courts to peel back certain key provisions of Obamacare, the Constitution grants the executive branch an extraordinary amount of latitude in regulating citizenship.

The main problem with the immediate shot-in-the-dark plan to defund DHS is that the department is largely funded by its own fees. (Despite the widespread misconception that the undocumented are simply too lazy to “get in line” and fill out the paperwork to live and work in the United States legally, getting a green card is extraordinarily expensive and difficult—especially if you’re a low-skilled worker.)

Republican legislators are, however, talking about a workaround. The details are under negotiation, but Rep. Jeff Sessions—a leading voice against immigration reform over the last several years—says the proposed legislation in the House will likely include a provision prohibiting the department from using its own fees.

Oh, but wait, there’s another problem: Obama would have to sign this bill in order for it to become law. For this reason, any legislative attempt to undermine the executive branch on immigration is doomed to fail. As long as there's a Democrat in the White House, the only meaningful course of action for congressional Republicans is to shut down the government when the current funding bill runs out in February. While costly politically and in economic terms—last year’s GOP shutdown cost the economy $24 billion, according to the nonpartisan Congressional Budget Office—Republicans have demonstrated they’re willing to screw the country if it could be perceived to hurt Obama.

But it turns out a shutdown would have little effect on DHS’s ability to carry out the president’s order. As Politico’s Seung Min Kim points out, most of the department’s personnel are considered “essential employees.” A whopping 85 percent of the department’s staff continued to work through the last shutdown, according to the Congressional Research Service.

When all else fails, sue. That was House Speaker John Boehner’s solution on Obamacare (in case you don’t remember, he sued because the administration extended a deadline). But on immigration, the speaker has some help from Republican governors. Led by Texas’ incoming Gov. Greg Abbott, 27 states have filed suit against the administration.

The lawsuit has little chance of success. Despite all the demagoguing from the right over the president’s “executive amnesty,” Obama’s order does not put in place a legalization program, which would indeed be unconstitutional; it simply says the department will hold off on prosecuting certain classes of people. Time after time, courts have ruled this sort of discretion constitutional. That’s because it’s impossible for any enforcement agency—whether it’s the local police or DHS—to prosecute every single crime that happens; agencies have to make decisions and set priorities about which types of crimes to go after. The executive branch has done this for decades on immigration, and courts have shown incredible deference in respecting these decisions, but to an even greater degree when it comes to immigration.

When Republicans freaked out over Obama’s order, the president issued a riposte: If you don’t like it, pass legislation to override it. His remark cuts to the heart of Republicans’ problem when it comes to immigration. They talk endlessly about the need to “secure the border.” Indeed, Democrats have been happy to throw a few billion dollars at DHS every time immigration is in the news. Because of these efforts, we’ve more than doubled our efforts at immigration enforcement since George W. Bush was in office, to the point that spending on immigration enforcement now accounts for more than all other federal law-enforcement efforts combined.

But the real reason our immigration system is “broken” is not because we lack sufficient enforcement—net migration from Mexico, in fact, has fallen to zero for the first time in decades. The core problem is that we have 12 million undocumented immigrants living in the country, largely because our immigration quotas failed to anticipate the economy’s demand for low-skilled labor in the 1990s and early 2000s. Obama’s executive order addressed this problem, at least temporarily.

But Republicans have no solution to the undocumented problem besides Mitt Romney-style “self-deportation,” which basically means making undocumented immigrants’ lives so miserable they choose to leave voluntarily. “Self-deportation” ended up costing Romney the Latino vote—and likely, the election. Republicans have subsequently been shy about saying they want to kick 12 million people out of the country, which besides being impractical would deal a devastating blow to the economy. But they won’t suggest any alternatives to Obama’s temporary solution.

Which makes it easy for Obama to sit back and watch the GOP self-immolate. In their current position, the most Republicans can do is pass symbolic legislation that has no chance of becoming law or filing frivolous lawsuits against the administration.