"Girls'" most shocking moment yet: Last night's Marnie scene was the perfect cap to the year of the butt 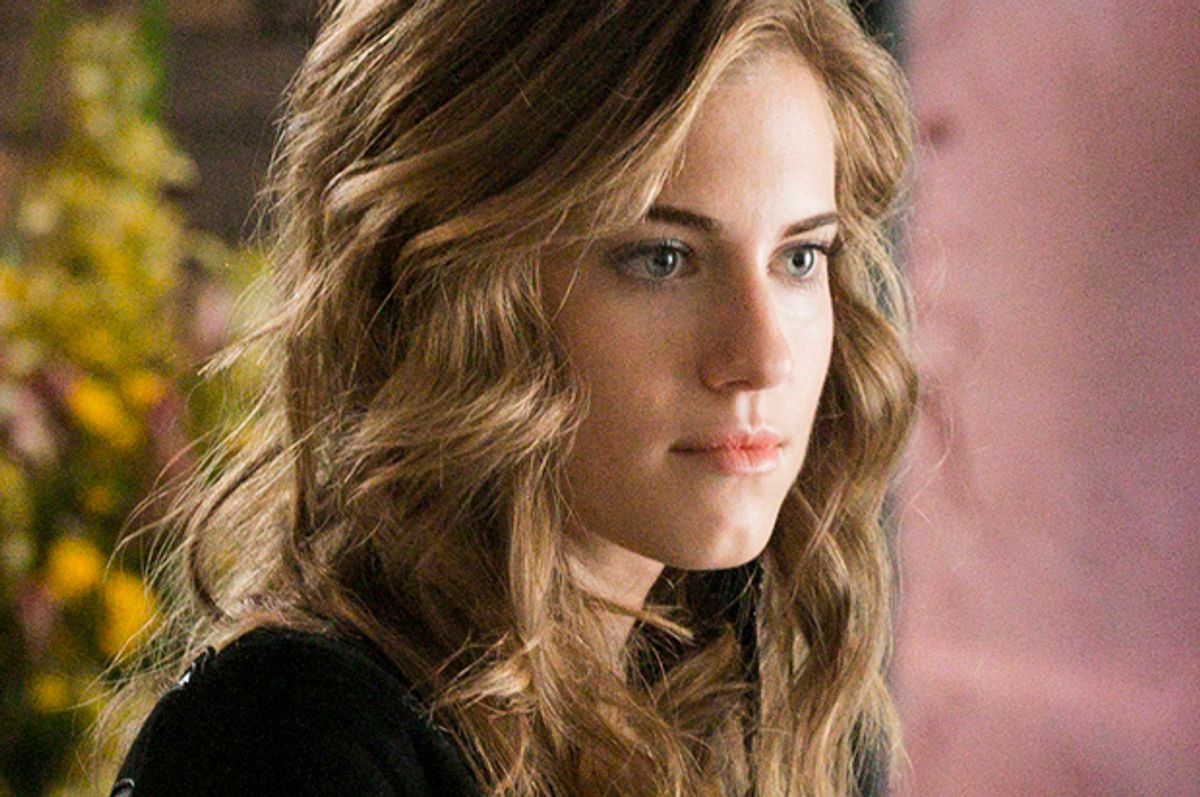 Welcome back, "Girls!" Last night, while the rest of us were slogging through the Golden Globes over on NBC, some pretty risqué stuff was happening over in the thorny wilderness that is premium cable. Namely, the return of Lena Dunham and co., who brought with them one of the show’s most unorthodox sex scenes thus far: In which Marnie gets butt-motorboated by her new love interest and musical partner, Desi.

Not only was 2014 definitively the year of the butt, it was also a big year for progressive depictions of butt-related sex on television. "How to Get Away With Murder" had a gay anilingus scene, Mindy and Danny navigated the hazards of butt-sex on "The Mindy Project," while "Broad City" declared “It’s 2014, anal is on the menu" (word to the wise, they also have a great butt-sex-related scene coming up in 2015). Marnie getting her butt eaten out (Dunham’s words) is the perfect cap on a year that has broken barriers when it comes to portraying transgressive sex acts on television — and a nice way for “Girls” to announce its return as TV’s reigning provocateur.

This was, in my opinion, a brilliant scene in so many ways. I like how understatedly it's played, more for humor than shock value. It has a nonchalant, NBD quality to it -- like, who doesn't get their ass eaten in the kitchen at midday? -- and continues with "Girls’"' commitment to reveling in the unglamorous awkwardness of sex in general, while breaking down taboos by showcasing sex acts that go against traditional heteronormative depictions of coupling (although, as Gawker said recently, we are apparently in the midst of a “booty eating renaissance").

This scene, along with others from this season, also bolsters an opinion I have long held, which is that Williams has some of the best comic timing on the show. The exchange between Desi and Marni as he emerges from her butt and says “I love that,” and she says “I love you too” is nothing short of genius. I don't really get why people hate Marnie. Her cringeworthy shamelessness as she forces herself time and time again into outlandish and awkward situations is what makes her one of my favorite characters, and Vulture's interview with Williams shows what a great attitude she had about filming the whole thing. (What with "Peter Pan Live!" and "Girls," Williams has surely burnished her reputation as one of the best sports in the biz.)

And not to read too much in to a few seconds of butt-eating, but this also looks to me like a great bit of character development. Sandwiched between scenes of Hannah leaving for Iowa and Shoshanna graduating, it points to the unique ways that we might see Marnie growing up and coming into her own over the course of the season. It’s safe to say Marnie’s sexual and emotional behavior has been pretty dysfunctional so far: After ending an unhealthily co-dependent relationship with Charlie, she got locked in a terrifying art installation by Booth Jonathan, slept with Hannah's gay ex-boyfriend, used her friend's ex-boyfriend as a sex object, and most recently, was taken as a mistress by Desi. Marnie is constantly either using or being used, and she appears unable to form a healthy connection that involves giving and taking, wanting and being wanted, in equal measure. While Desi is certainly jerking her around right now -- indeed, the rest of the episode is a cavalcade of romantic embarassments -- the mise-en-scene here tells another story: The camera is focused squarely on Marnie's face and Marnie's pleasure, not Desi's. It suggests that we might be in for a whole new Marnie, one who knows what she wants and isn’t afraid to ask for it.

"We are trying to show Marnie in this new relationship, in this new incarnation,” Konner told Cosmo. "On a network show, maybe you give them a haircut. This is what we would do.” 2015 — where characters get anilingus instead of a haircut. It’s a brave new world out there.