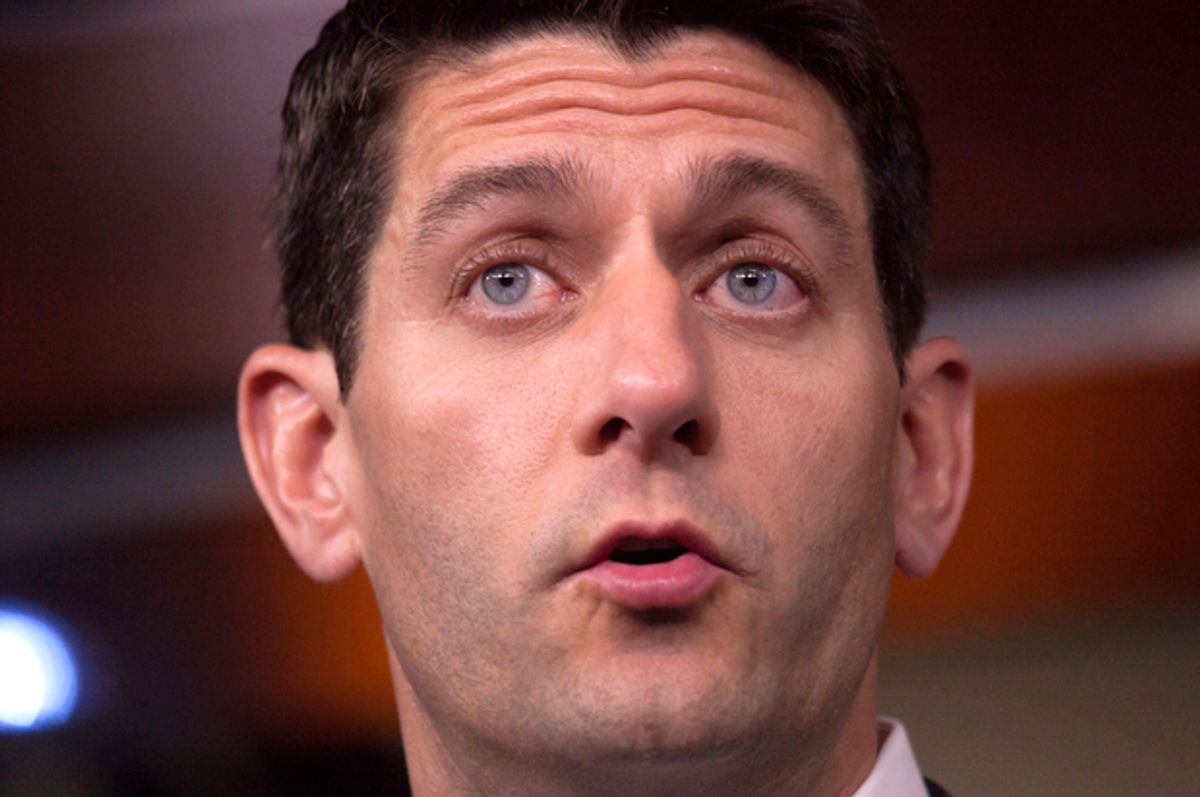 The Republican presidential field seems to be endlessly expanding, but one big name has ruled out a White House bid: Wisconsin congressman and 2012 vice presidential nominee Paul Ryan told NBC News on Monday that he won't be entering the contest.

Ryan's decision to sit 2016 out comes as little surprise. Despite efforts by some conservatives to draft him into the 2012 presidential primaries, Ryan resisted their entreaties, and as the newly installed chairman of the House Ways and Means Committee -- invariably described as "the powerful House Ways and Means Committee" -- Ryan enjoys significant clout in the GOP-controlled House, where he has served since 1999.

Despite his reservations about seeking national office, Ryan agreed to serve as Mitt Romney's running mate in 2012. Following the ticket's defeat, Romney indicated that he would like to see Ryan seek the top job in 2016. For his part, Ryan said that he wanted Romney to give it another go, and vowed not to run if Romney mounted a third presidential campaign. Late last week, Romney indicated to a group of GOP donors that he's giving 2016 a serious look.

With Jeb Bush looking like an increasingly certain candidate, Romney refusing to rule out yet another bid, and Chris Christie apparently still convinced that he has a path to victory, Ryan's withdrawal from contention means that rich Republicans who care primarily about slashing the social safety net won't have to agonize over the entry of yet another candidate who espouses their agenda. So congratulations to them!