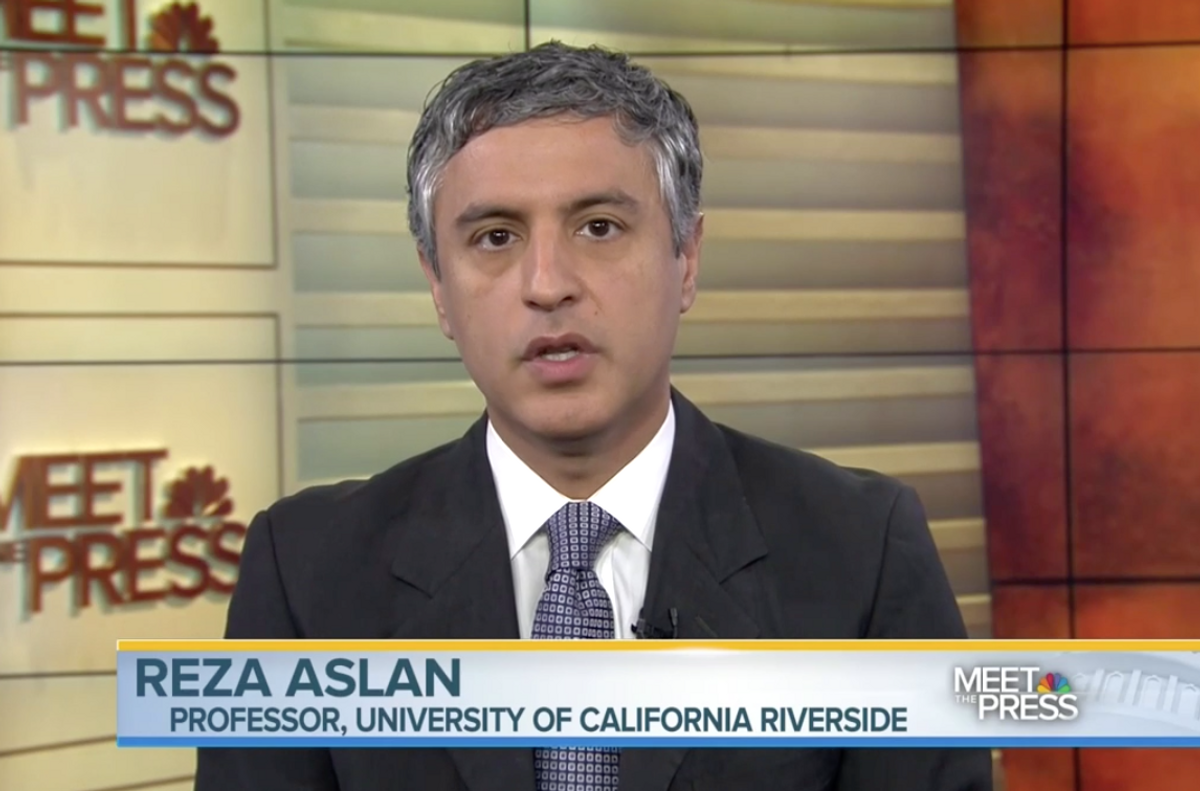 On Sunday, author and scholar Reza Aslan appeared on "Meet the Press" to discuss the attacks in Paris and Islamic extremism. Host Chuck Todd began by inquiring if "we’re at war with a strain of Islam," as opposed to the religion as a whole.

"There’s no question that there has been a virus that has spread throughout the Muslim world, a virus of ultra-orthodox puritanism,” Aslan explained. “But there’s also no question what the source of this virus is — whether we’re talking about Boko Haram, or ISIS, or al Qaeda, or the Taliban."

"All of them have as their source Wahhabism, or the state religion of Saudi Arabia,"Aslan continued. "And as we all know, Saudi Arabia has spent over $100 billion in the past 20 or 30 years spreading this ideology throughout the world."

Later in the program, Aslan went on to explain what role the Muslim community should play in combatting radical Islam. The University of California, Riverside professor also had some strong words for those who are asking for Muslims to condemn the attacks: "The voice of condemnation is deafening and if you don't hear it you're not listening." Watch below via Media Matters:

And here is part of the transcript below:

"Well, first of all, let's be clear that every single organization, major organization, Muslim organization throughout the world and in the United States, every prominent individual, be it political or religious leaders, everyone has condemned, not just this attack, but every attack that occurs in the name of Islam.

"Anyone who keeps saying that we need to hear the moderate voice of Islam -- why aren't Muslims denouncing these violent attacks doesn't own Google. But that said, I do think that we do need to do a better job of providing a counter-narrative.

"What really I think puts an obstacle in the way is opinions like Ayaan [Hirsi Ali]'s and so many others in the political and the media mainstream who continue to say that 1.7 billion people are responsible for the actions of these extremists. That doesn't help the fight against radicalism. The answer to Islamic violence is Islamic peace. The answer to Islamic bigotry is Islamic pluralism, and so that's why I put the onus on the Muslim community, but I also recognize that that work is being done, that the voice of condemnation is deafening and if you don't hear it you're not listening."