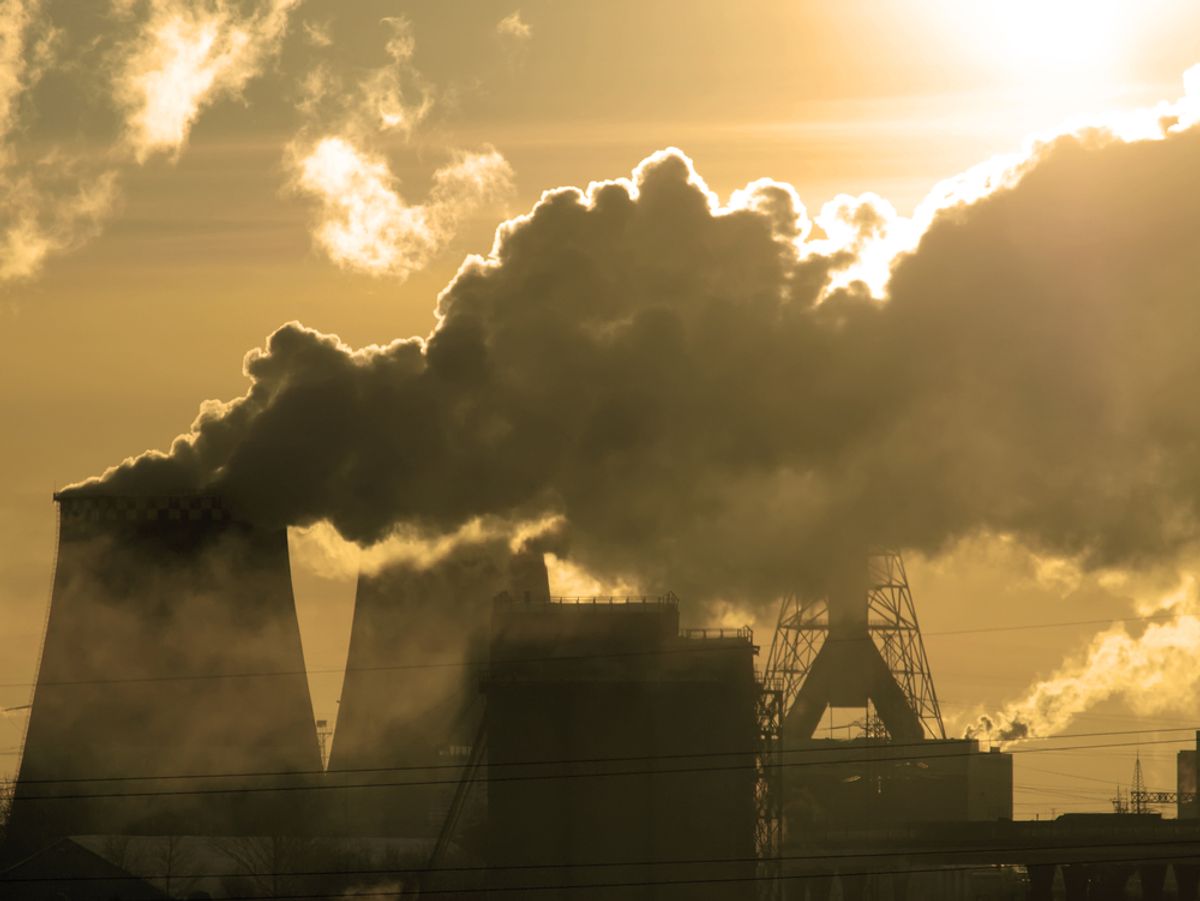 Under the cap-and-trade scheme, 525 major polluters in a variety of sectors, including power generation, airlines and manufacturing, were given a fixed number of permits for the amount of greenhouse gases they're able to emit over the next three years -- for a total of 1.687 million tonnes of carbon dioxide. That's the "cap"; the "trade" comes in for companies that emit more than they're allowed, which can then purchase permits from others.

It's the means by which South Korea intends to meet its ambitious goal of cutting emissions 30 percent by the end of this decade, and a strategy that, according to the Ministry of Environment, will “minimize emissions reduction cost and alleviate the industry’s burden." But according to early analyses, the country isn't intending to go easy on the industry. Here's more from a Quartz piece, written when the plan was first announced, on some of the ways that South Korea's carbon market will differ from that of the European Union, currently the world's largest:

“Such ambitious levels of abatement will come at a high price,” wrote Bloomberg New Energy Finance (BNEF) analyst Richard Chatterton in a detailed analysis of the carbon market, which is set to go live on Jan. 1, 2015. “If the target is retained, it may place a high cost burden on South Korea relative to other countries.”

That’s because South Korea has closed many of the loopholes that led to carbon price crashes in Europe and allowed polluting industries to weasel their way out of taking the hard steps to reduce their emissions.

For one thing, South Korea plans to restrict the use of so-called offsets. An offset is essentially a license to pollute by paying someone else to reduce emissions on your behalf. Industrial companies can buy offsets from international organizations that run climate-friendly projects such as planting trees or capturing methane emissions from landfills. South Korean companies, however, will be able to purchase carbon credits only from domestic projects and only until 2021; after that year they can purchase international carbon credits. But offsets of any stripe can be used to meet no more than 10% of their emissions-reduction targets.

However, there aren’t enough domestic offsetting projects to go around, according to BNEF—unlike in the European carbon market, where an oversupply of offsets has sent carbon prices plummeting. With South Korean carbon prices likely to remain high, companies will be forced to pay for expensive emissions allowances or take costly measures to reduce their carbon pollution. That’s good for the environment, but could make South Korean goods more expensive and hamper the economy.

Most of the impact will likely be felt by electricity producers and steel makers. But there's an upside, Chatterton told Quartz: “South Korea is looking for new export growth markets and clean tech is an area that government and the chaebols [industrial conglomerates] are looking to as a possible driver of future economic growth."

On the market's very first day, Reuters reports, the initial permits began at approximately $7.26 and rose to $7.97, putting them on level with the European market -- although forecasters say the price could rise to $30 by 2017. A total of 1,040 permits were exchanged in four deals. "We expect modest volumes initially, probably for the first six months," Anders Nordeng, a senior analyst with Thomson Reuters Point Carbon, told Reuters.