"Effortless" is typically a compliment, but July’s book calls for a slightly more pejorative reading of the word 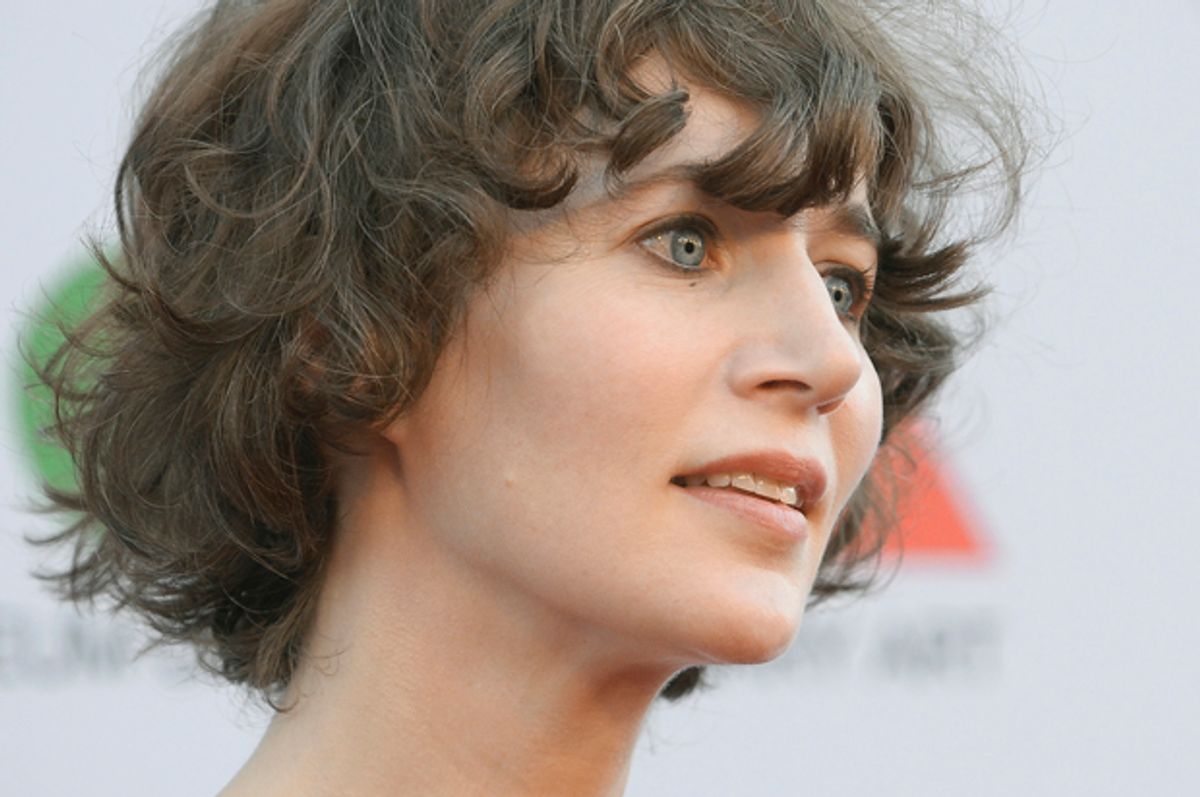 The narrator of Miranda July’s debut novel, “The First Bad Man” is a strange, ostensibly mousy middle-aged woman named Cheryl. Cheryl works at a nonprofit that teaches self-defense to women. She attends “color therapy” for a chronic globus hystericus (lump in the throat). She pines for a baby she fell in love with when she was nine, a baby whose soul is now reincarnated in various other babies Cheryl sees around town.  She lusts for an elderly man who in turn lusts for a 16-year-old girl, and who texts Cheryl for permission to commit increasingly felonious acts with her.  Surrounded by people who fail to demonstrate even the smallest measure of decency, Cheryl allows her bosses to send their child, an ill-mannered 20-year-old amazon named Clee, to live with her rent-free. Cheryl gags at Clee’s foot odor and her housekeeping; their relationship turns violent. They form a Fight Club a deux which devolves into a feverish sexual obsession and ends, surprisingly, with a pregnancy.

And that’s just the first half.

The novel is festooned with many additional weirdnesses, for example, that Cheryl’s primary color therapist is involved in a long-running S&M-type role play with her other color therapist, who pretends to be his receptionist a few days out of the year.  Or Cheryl’s office culture, which is governed by a version of etiquette that may or may not have been imported from Japan, and which requires employees to say things like: “Jim can move the table alone, he is the best at moving the table, I am joining him even though I’m not much help, because I’m not good at moving the table.” Or any of the sex, which is prodigious, although mostly takes place inside Cheryl’s head, wherein she ravages the surly Clee by proxy with the penis of her love interest Phil, or of the gardener, or a busboy, or Clee’s own father. There is a lot of this kind of thing: “Clee was bouncing up and down on Phillip’s stiff member every day, many times a day, and at first it seemed he would never get tired of creaming in her puss winged by the dark blond pubic hair.”

The word “effortless” is typically employed as a compliment, but there is something about July’s work that calls for a slightly more pejorative reading of the word. There are parts of this novel that truly seem as though they required little effort; as though July burned salvia, let her imagination romp, and wrote down everything she could imagine without pause.  And like others of July’s projects, thematically this novel seems less like a unified work of art than a bullet list of points of interest, things to consider, ideas. These are more or less: 1. Weird things we do that we think no one else does; 2. Sex stuff; 3. Self-expression is hard; 4. Love is real; 5. Sometimes we can embody other people.  July’s 2013 project “We Think Alone,” which invited people to sign up to receive old emails from the inboxes of celebrities on a variety of themes, was a sort of fun, sort of interesting thing that seemed like it required little effort beyond administration and good connections; its checklist might have read:  1. What is correspondence?; 2. Celebrities are people; 3. Personal narratives; 4. Private vs. public.  It’s unfair to accuse July of a lack of effort, since she is prolific and patently hard-working, but something about her work can convey an unseriousness that I am not alone in finding grating (over the last several years July has been the subject of many “Miranda July: Love Her or Hate Her”-type profiles and blog posts).

Like other of July’s projects that I have watched or read about, "The First Bad Man" is often goofy to the point of surrealism, and yet refuses to concede its own goofiness: “The penises were getting more abstract and unlikely—I couldn’t rein them in. Some were slightly pronged, some pointed and willowy at the end like a wild yam, or serrated like a fleshy pinecone.”  I want to call July’s style deadpan, but deadpan relies on a wink, a tacit acknowledgment of underlying absurdity; it’s not clear whether July is trying to be funny, and her wide-eyed reticence can be irritating to people, like me, whose natural inclination is to laugh at things and who instead are stuck with sustained half-smile. This style is characteristic of July’s writing; as here, in her 2006 “Something That Needs Nothing”: “When we were fourteen, we got drunk for the first time and for a few minutes everything seemed possible and we kissed. This encounter felt promisingly normal, and in the following days I waited for more kissing, perhaps even some kind of exchange of rings or lockets. But nothing was exchanged. We each kept our own things.”

It is not until the second half of the novel, when its hitherto latent sentimentality is revealed, that I started to soften to the point of being, in my grumpy way, moved.  I was certainly surprised; I was not imagining anything uplifting or baptismal about the story, not after the creaming in pusses and wild yams. But there are nice moments, as when Cheryl imagines the conception of Clee’s unwanted baby against the context of Clee’s own conception: “…it wasn’t so long ago that she was two animals, Carl’s sperm and the ovum of Suzanne. And now the same thing was happening inside her, a new sorrowful creature was putting itself together as best it could. The next morning I greeted my bosses with empathy; you would think a thing made of you would at least remain on speaking terms.”

July’s writing in "The First Bad Man" is clean and unobtrusive—less the sex stuff, which is sometimes harrowingly bad (“Three minutes later [the waiter] was back to ask how everything was. He used the question to lick Clee’s jugs with his doglike eyes.”) In Katrina Onstad’s 2011 profile of July in the New York Times, the writer Rick Moody reported being enchanted by July’s writing because of its lack of traditional embellishment: “She knew how to spell, but other than that I’m not sure she had a single conventional writer trick in her arsenal.” “Doglike eyes” notwithstanding, I did enjoy the absence of what I think of as MFA cadence, i.e., “independent clause + comma + noun phrase” (e.g., “She felt the weight of him, the heat”).

In a recent interview with Gawker, July wrote: "I often feel like the outsider in every single area in which I work. Absolutely nobody takes me seriously in any industry."  That seems specious; her films and short fiction and art projects have won awards and been published by The New Yorker and acquired by major museums. It’s true that I’m only partially buying what July is selling, but then again I’ve revealed myself here as a person who enjoys a) rampant sentimentality and b) the appearance of great effort, which taken together are perhaps the very definition of bad art—so maybe I’m the one whose taste is suspect here. But in any case, I do admire the implacable way that July demands to be accepted on her own terms. She has a written a novel that demands the same, and that is not a bad thing.