"I keep getting older, and they stay the same age": The best celebrity audition tapes, from Michael Cera in "Superbad" to Matthew McConaughey in "Dazed and Confused" 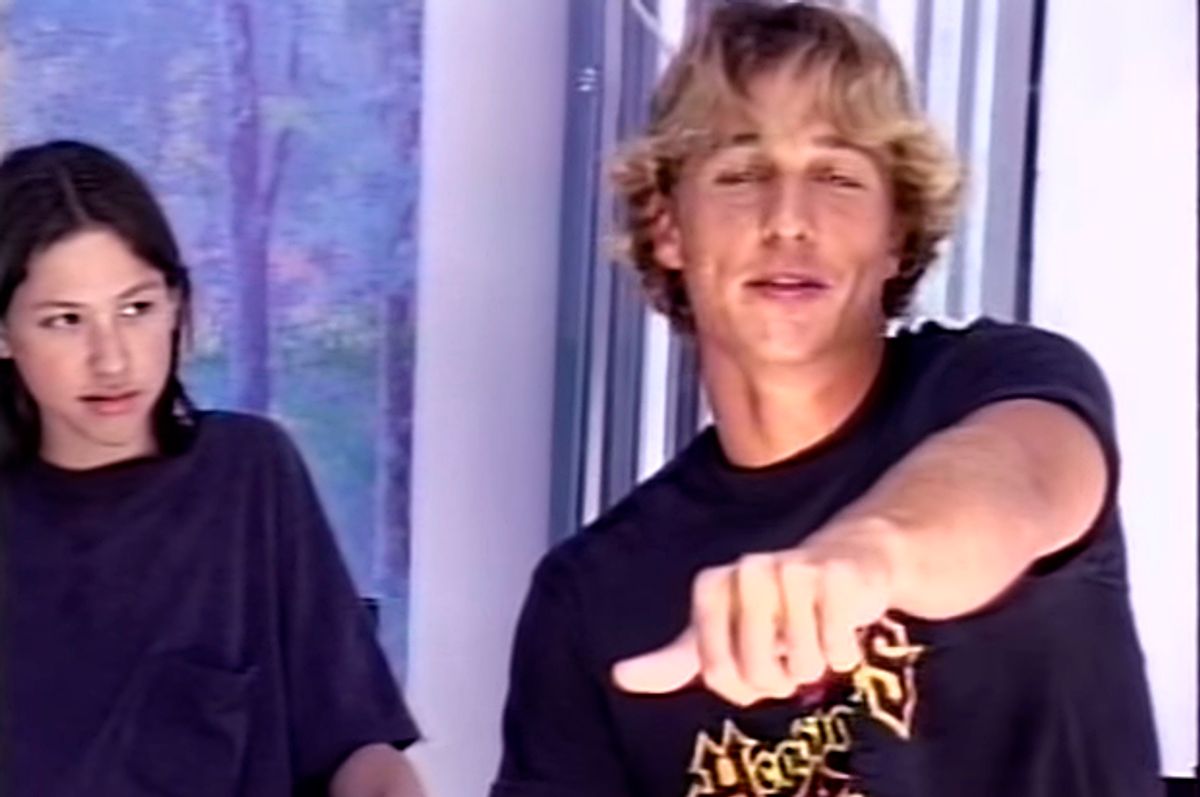 Last night, footage surfaced of Matthew McConaughey auditioning for what would be his star-making role, as David Wooderson in Richard Linklater’s 1993 cult classic “Dazed and Confused,” and the internet went nuts. There’s few things people enjoy more than celebrity audition footage — celebrity yearbook photos, maybe — as these grainy time-capsules give us a chance to peek behind the curtain and get a glimpse of the raw, unhewn material of cinematic greatness. Here are ten more:

1. Michael Cera had already been in “Arrested Development” when he did this audition with Seth Rogen for “Superbad,” the role that would launch his career as big-screen comedy star, and you can certainly see him channeling George Michael Bluth here.

2. Miley has gone through so many incarnations over the past few years it’s difficult to remember that she used to be best-known not for "Party in the USA" and twerking at the VMAs than for country music and "Hannah Montana." This will help refresh your memory:

3. I don't have much to say about this one, other than that no man's face has ever gone as red as Steve Carell's face during his audition for "Brick in "Anchorman."

4. Here’s footage of an adorable young Scarlett Johansson auditioning for the part in "Jumanji" that eventually went to Kristen Dunst. It's rare to get a glimpse of this pint-sized ScarJo— she wouldn't break out until over six years later, in 2001’s “Ghost World."

5. "Mean Girls" hadn't come out yet when a little-known Canadian actress named Rachel McAdams auditioned across from Ryan Gosling for “The Notebook,” but you can see her star potential from the early days (it's also a pretty safe bet that the movie is going to be a tearjerker if you find yourself tearing up during the audition tape).

6. Apparently as part of the "Easy A" audition process Emma Stone was asked to shoot a webcam confession video at home, just like in the movie. I'm pretty convinced Emma Stone is just playing herself here, but she does a damn good job of it either way.

7. Byrne had been acting for a while before “Get Them to the Greek,” but this was the role that showed the world the impeccable comedic timing and screwball energy that has become a Byrne signature in recent years.

8. It’s hard to imagine anyone other than Hugh Laurie playing the misanthropic Dr. House, and here we get a glimpse at one of the earliest iterations of the iconic character. Word has it that Laurie's American accent was so convincing here that EP Bryan Singer had no idea that he was British, saying "See, this is what I want: an American guy."

9. Deluded, self-absorbed ice princess Dee Reynolds is a tough part to nail, but from the moment Kaitlin Olson starts reading you can see why she was plucked to join the "It's Always Sunny" gang (which was originally just Mac, Charlie and Dennis).