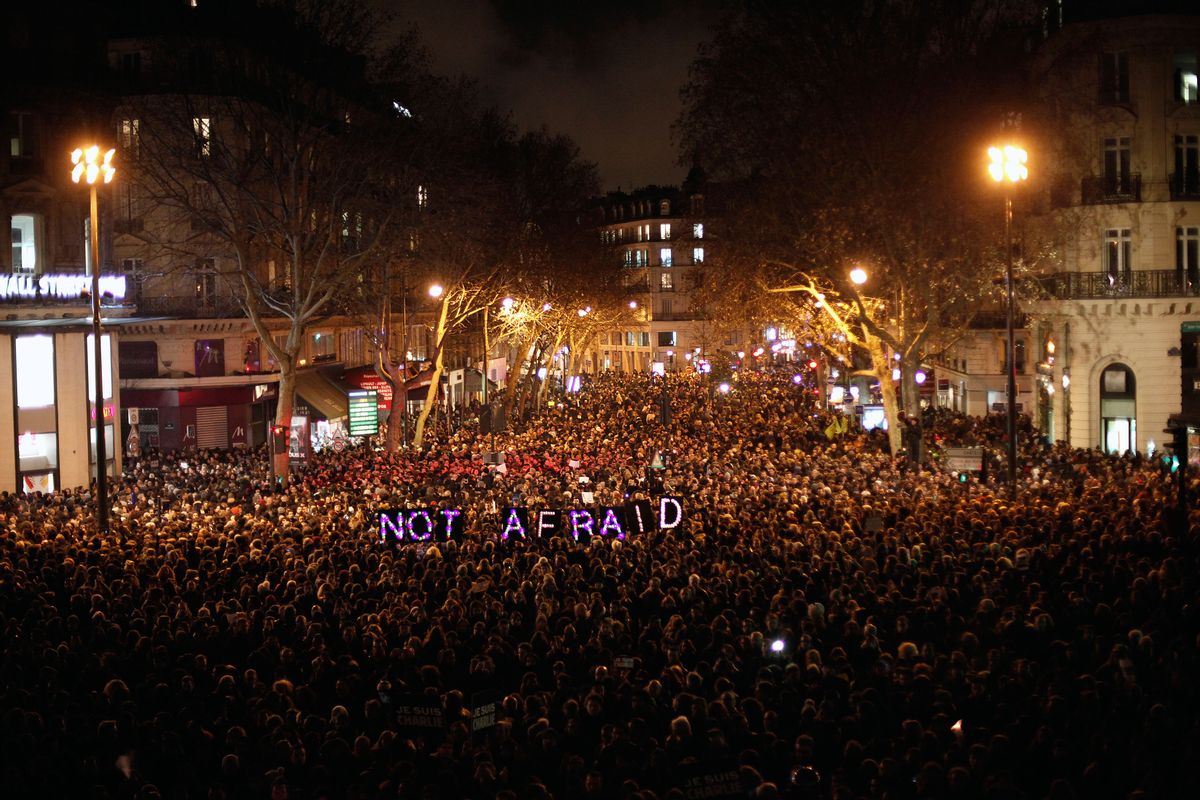 Over a million people turned out Sunday in the streets of Paris, walking with 40 world leaders in a message of defiance to those who carry out terror attacks.

In a sign that life goes on despite terror attacks, an Austrian ski jumper soared above the hills in Bischofshofen, Austria; a man walked in the fog by the Tagus River in Lisbon; a Greek swimmer kissed a cross after a competition to retrieve it from waters near Athens during an Epiphany ceremony; and the lights of the famous Cologne cathedral went dark to protest anti-Islamic intolerance.