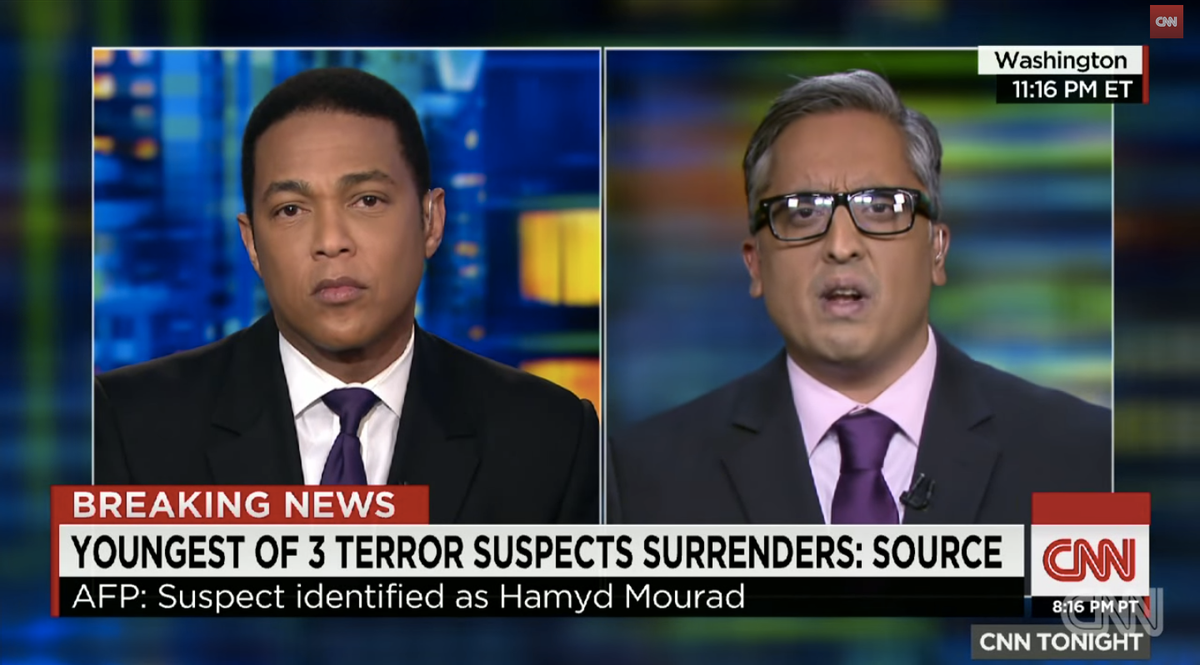 Last Thursday, Don Lemon invited human rights attorney and founder of TheMuslimGuy.com Arsalan Iftikhar onto his show to discuss radical Islam and the Paris attack on satirical magazine Charlie Hebdo. Iftikhar said a number of extremely smart, insightful things about the achievements of Islam as a whole and a double standard for Christians and Muslims when acts of violence occur. Lemon, with his head seemingly buried many feet beneath sand, asked Iftikhar, out of nowhere, "Do you support ISIS?"

Iftikhar said, "Wait ... did you just ask if I support ISIS?" and then basically let the comment go. It turns out that he didn't respond more forcefully because he wasn't even sure that he had heard Lemon's question correctly.

On Monday evening, Iftikhar published an article at the Islamic Monthly, where he is also a senior editor, titled "Dear Don Lemon: Thanks for Making Me Famous," in which he delivers a swift and effective smackdown of the host.

After nearly 15 years of journalism and thousands of media interviews, I can honestly say that I have never become more 'famous' than after this latest Don Lemon gaffe. It is a sincere honor to be added to the litany of famous "Malaysian-black-hole-penis-biting" Don Lemon media gaffes which can be added to his audition tape for his next job at FOX [sic] News Channel.

So from the bottom of my heart, I want to publicly thank Don Lemon for making me famous with his patently offensive racist dumb-ass question.

Here is the clip once again: