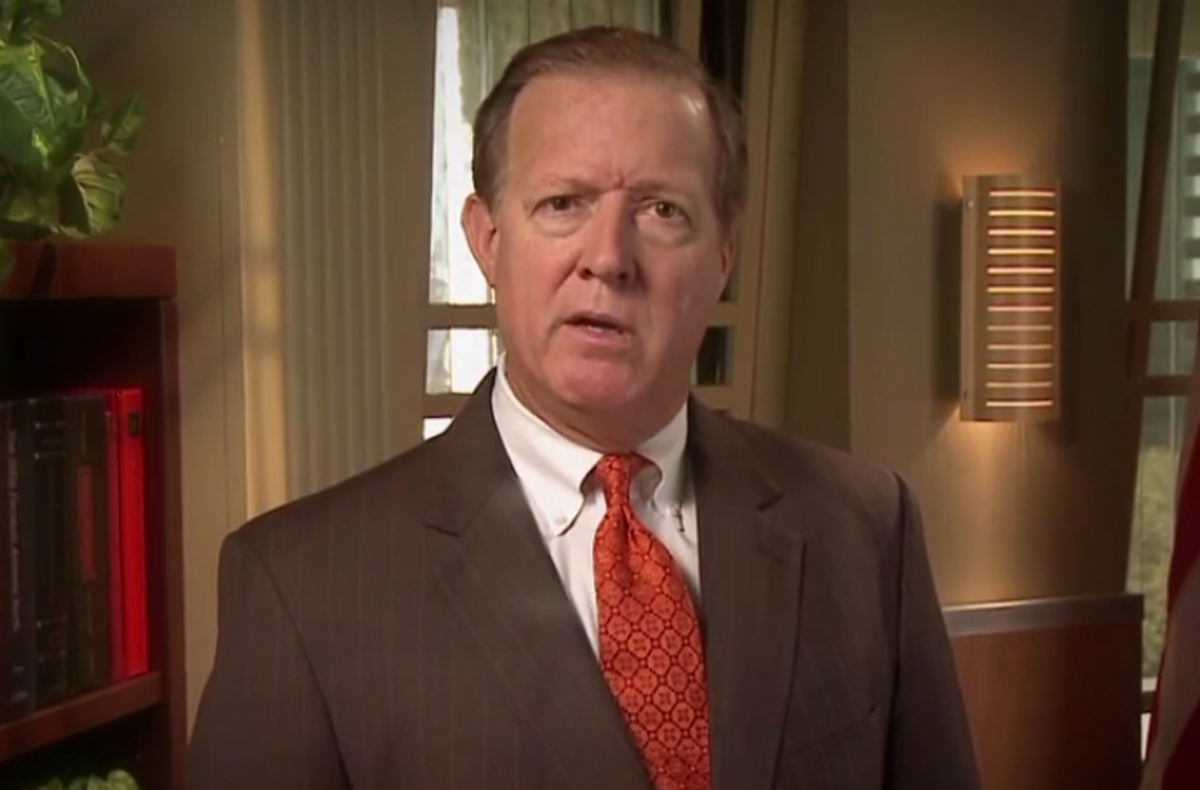 One day after invoking Adolf Hitler to criticize President Obama's absence at an anti-terror rally in Paris this weekend, Republican Congressman Randy Weber of Texas on Tuesday apologized to anybody who found his comparison of Obama and the murderous Nazi dictator offensive.

Late last night, Weber wrote a tweet castigating Obama for not attending the rally, a response to last week's attacks on the satirical Charlie Hebdo newspaper and a kosher supermarket. Referring to Germany's 1940 occupation of Paris, Weber wrote in the since-deleted tweet that unlike Obama, Hitler found it "important" to go to Paris.

After coming under withering criticism, Weber's office today released a statement brilliantly titled "Representative Randy Weber Issues Statement on Paris Tweet." Weber stopped short of apologizing for Paris Tweet, but the ensuing controversy seems to have prompted something of an epiphany: The congressman now realizes that many people find invocations of Hitler painful and traumatic. Who knew?

“I need to first apologize to all those offended by my tweet. It was not my intention to trivialize the Holocaust nor to compare the President to Adolf Hitler. The mention of Hitler was meant to represent the face of evil that still exists in the world today. I now realize that the use of Hitler invokes pain and emotional trauma for those affected by the atrocities of the Holocaust and victims of anti-Semitism and hate," Weber said.

He added that Obama's "actions or lack thereof is my point of contention." While the White House has since said it erred by not sending a higher-level representative than the U.S. ambassador to the rally, a spokeswoman for French President Francois Hollande said that the French government was not offended by the president's absence. “President Obama supported France in their common struggle against terrorism,” the spokeswoman said, calling Obama's visit to the French Embassy to sign a condolence book “a rather exceptional gesture.” She said that Obama's actions since last week's attacks have been "very important" to Hollande.