December's rainstorms were just a drop in the bucket... 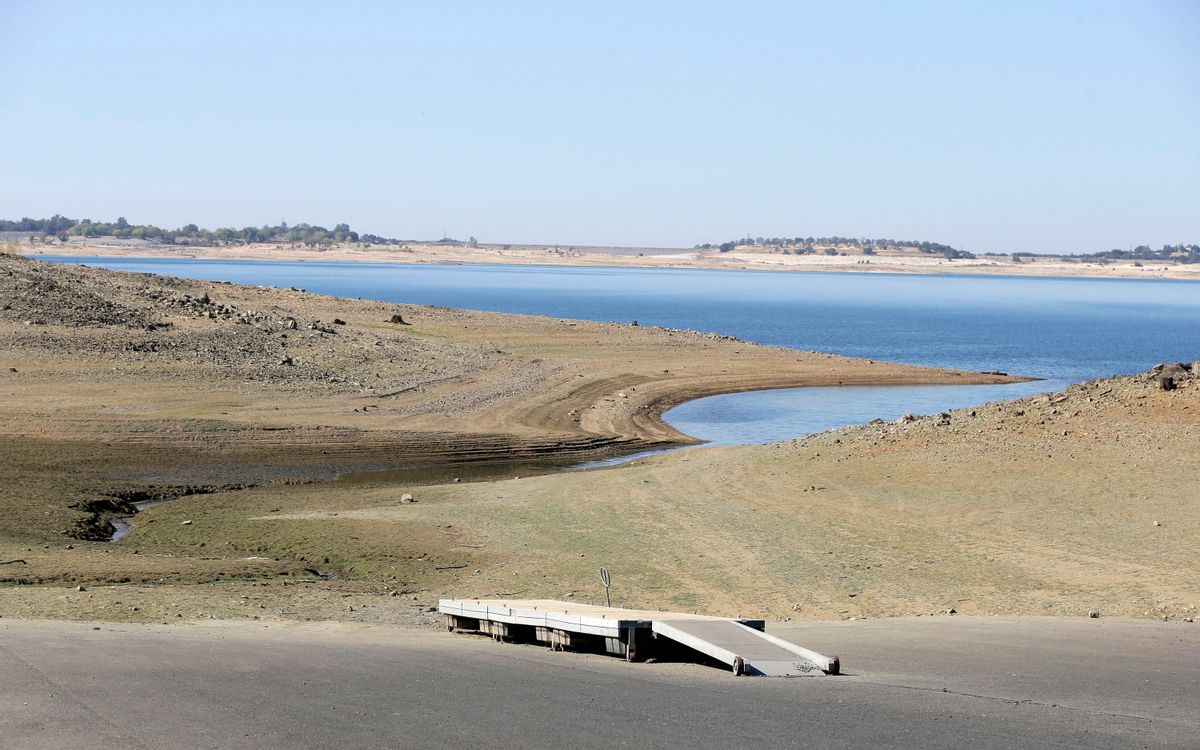 In this Oct. 6, 2014 file photo, a dock sits high and dry at the end of a boat ramp yards away from the edge of Folsom Lake near Folsom, Calif. (AP Photo/Rich Pedroncelli, File)
--

The dry, dry state of California may have finally gotten some welcome precipitation last month, but its historic drought is far from over. On the contrary: a new analysis by the National Oceanic and Atmospheric Administration shows just how far we've got to go.

The heavy rain and snow that fell during the first two weeks of December provided some relief for "exceptional drought" -- the U.S. drought monitor's driest category, which now only applies to 32 percent of the state. But 98 percent of California continues to remain at some level of drought -- a number that continues to hold -- and it's going to take an insane amount of precipitation to change that. Seriously, we're talking crazy amounts of rain here. As in, more than 100 percent above normal over each and every inch of the state.  This, via NOAA, is the amount that would need to fall by the end of September in order for California's four-year precipitation total to no longer be in the bottom 20 percent of the historic record (left) -- which is used as the baseline for drought conditions -- and for it to be considered average (right): To emphasize how extreme this is, NOAA points to the agriculturally centered San Joaquin Valley, where it would take truly record-breaking rainfall (as in, 8 inches more than the previous mid-December thru September record of 29.97 inches) to get conditions back to a historic average, and near-record precipitation just to get them out of that bottom 20th percentile.

In other words, the drought isn't ending any time soon, and it's going to take more than a few storms to make a meaningful difference for the state's dwindling aquifers. The analysis emphasizes, yet again, just how unusual this worst-in-1,200 years event is. It happened to come, by the way, during California's hottest five-year period on record, capped off by a 2014 that saw temperatures 4.1 degrees Fahrenheit above the 20th-century average.

On a call with reporters last month, University of Arizona scientist Valerie Trouet emphasized that California's drought "is not purely driven by natural variability in the precipitation," but that "the increasing temperatures in recent years have contributed" to its extreme nature. It's a problem, added scientist Jonathan Overpeck, that's only going to get more intense as climate change worsens: “[Temperature] has a big role to play in droughts of the past and will probably have a bigger role in droughts in the future," he said, "making them more severe just like it’s making this drought more severe.”