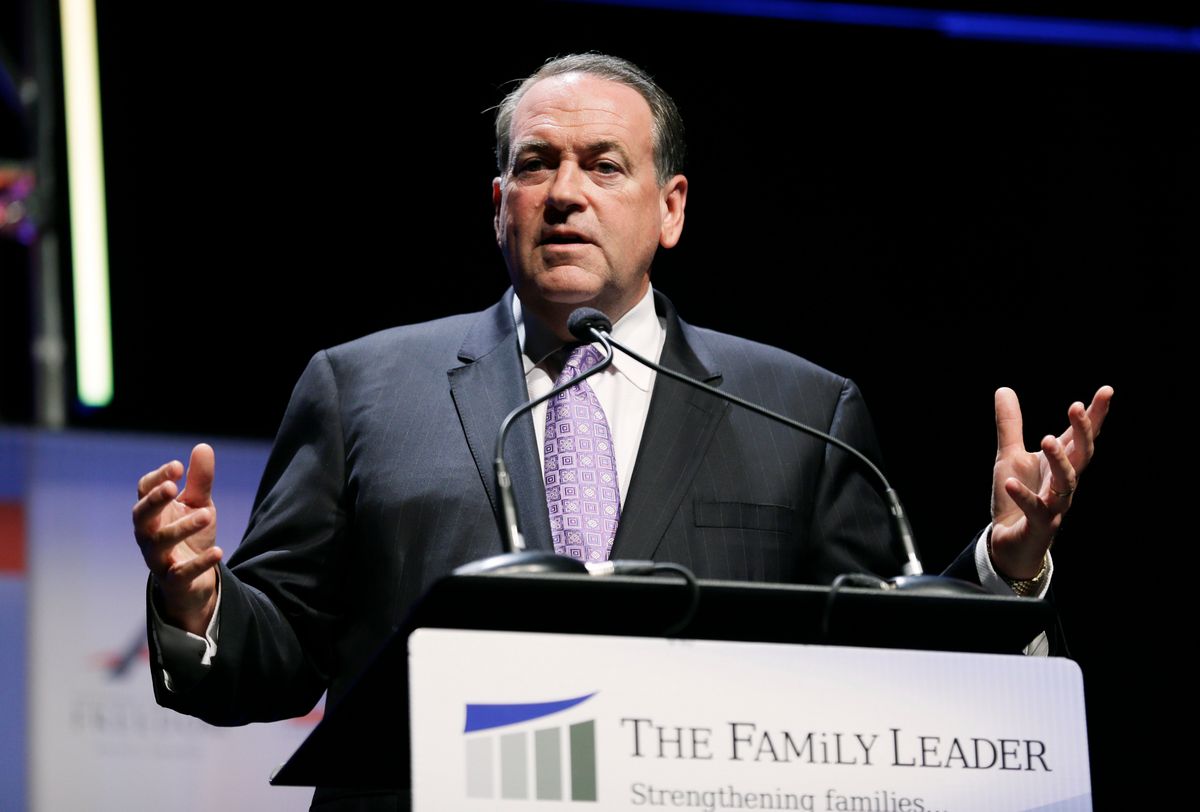 Former Fox News host and likely 2016 contender Mike Huckabee has been busy promoting his forthcoming book, "God, Guns, Grits and Gravy," and so far he's made a point of talking aplenty about Beyoncé -- which is, surprisingly, something I could almost get behind. Maybe. If only he weren't criticizing her.

After calling out Queen Bey for (from Huckabee's misguided perspective) allowing husband Jay Z to "pimp" her out as a "sex object," the Huckster has continued to lament the pop star's influence on young women -- particularly Malia and Sasha Obama. In an interview with People, Huckabee rebuked President Obama and first lady Michelle Obama for allowing their daughters to listen to Beyoncé:

The Obamas "are excellent and exemplary parents in many ways," Huckabee says.

"That's the whole point. I don't understand how on one hand they can be such doting parents and so careful about the intake of everything – how much broccoli they eat and where they go to school and making sure they're kind of sheltered and shielded from so many things – and yet they don't see anything that might not be suitable for either a preteen or a teen in some of the lyrical content and choreography of Beyoncé, who has sort of a regular key to the door" of the White House.

Huckabee claims that his critique of the star -- which includes describing her song lyrics as "obnoxious and toxic mental poison" and her choreography as "best left for the privacy of her bedroom" in his book -- is a way of illustrating "the vast disconnect" between major U.S. cities and the rest of the country. But, seeing as Beyoncé's most recent album -- remember, the one she released as an overnight surprise without any promotion? -- sold over 5 million copies in its first year, Huckabee might want to toughen up his argument.

In lieu of considering Bey a positive role model, Huckabee listed a few others for people: Jennifer Lawrence (understandable) and the Duggar family (surprise!). In fact, the former Arkansas governor told People the Duggars could be the key to his presidential campaign. "I've pointed them out as an example of something that's wholesome and wonderful and I've known them since Jim Bob was in the legislature when I was governor," Huckabee said. "Should I run, I'm hoping they'll do it again. And now there's more of 'em!" Ha!