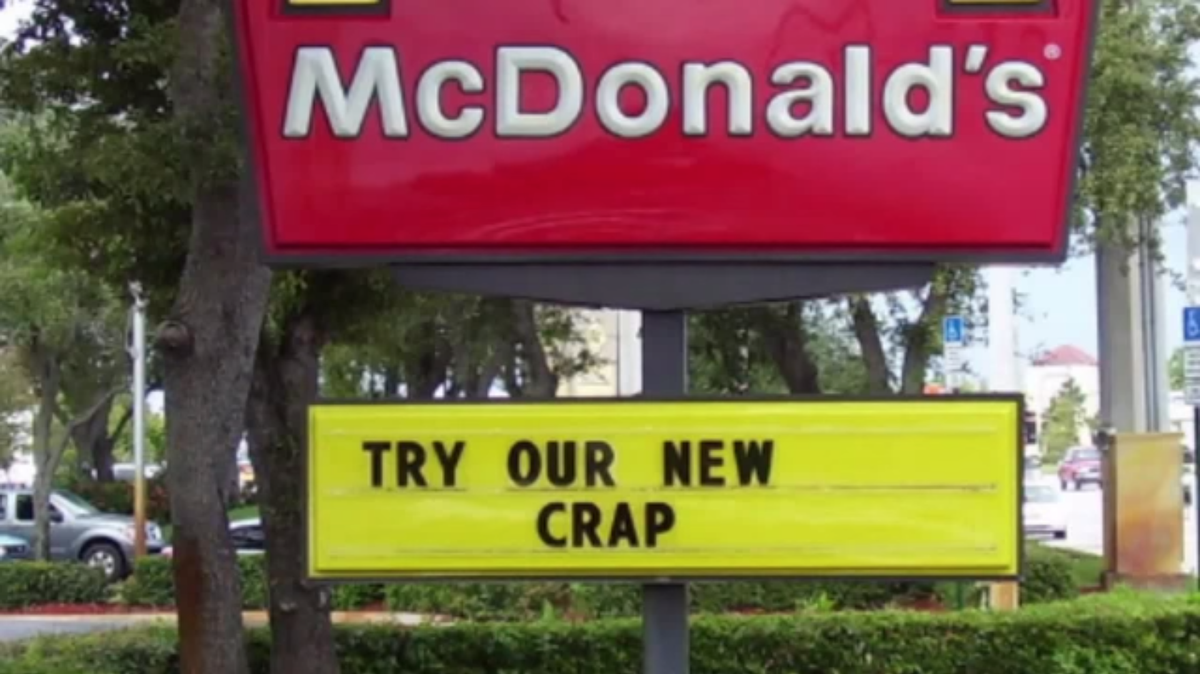 Did you guys catch that disgusting sapburger of a McDonald's advertisement that aired during Sunday's Golden Globes? The one with the children's choir earnestly singing fun.'s "Carry On" as heartwarming McD's signs with messages supporting U.S. troops and wishing Charlize a happy 40th birthday flash on screen?

Most of the Internet did, and it was not happy.

Now, YouTube user Signlover15 has responded with a parody--the exact same commercial except with real McDonald's signs advertising things like the new "anus burger" and one chain which was hiring "smiling faces for afternoon shits." It is childish, base and perfect.