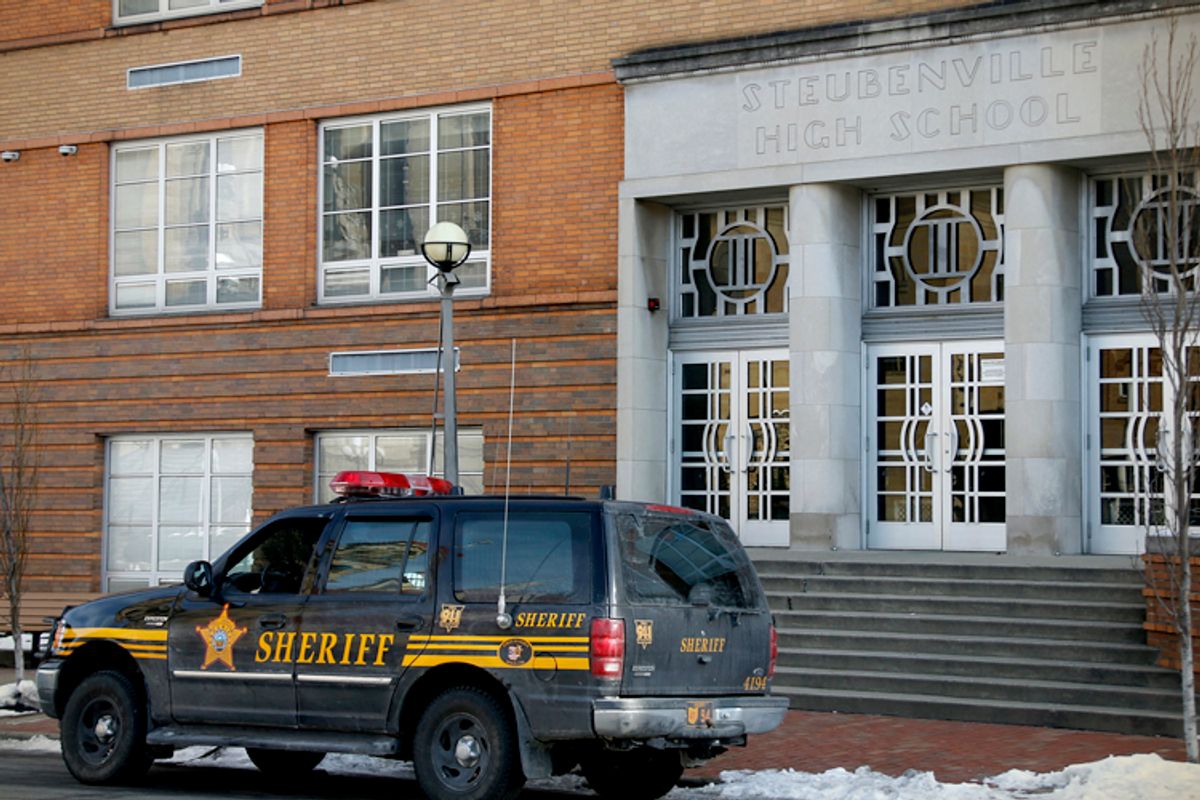 The suspended superintendent of schools in Steubenville, Ohio resigned on Monday after being accused of interfering with a police investigation of the infamous rape of a 16-year-old girl by two high school football players in 2012. The state attorney general's office agreed to drop all pending charges against Mike McVey, who pleaded not guilty to felony charges of obstructing justice and tampering with evidence, if the school official stepped down.

According to the Associated Press, McVey was one of six adults under investigation in the Steubenville case, which gained widespread attention after images and video of the assault began circulating on social media. The appearance of information about the case online led authorities to investigate some school officials' role, including McVey's, in covering up the actions of Steubenville High School football players Ma'lik Richmond and Trent Mays:

McVey wiped computer hard drives, erased emails and lied to investigators about his knowledge of the allegations against the boys, authorities said.

The charges stemmed from an investigation of McVey's actions after he learned of the allegations made by the girl in 2012 against the two members of the Steubenville High School football team. The teens eventually were found guilty in juvenile court and were sent to youth detention centers and classified as sex offenders. Both have since been released. [...]

Along with his resignation, McVey cannot be employed by the Steubenville school district in the future and can have no contact with anyone involved in the case and related investigation, said Dan Tierney, a spokesman for the Ohio Attorney General's office.

Pending charges against McVey will be dropped once the school district officially accepts his resignation.