The 5 most haunting masturbation-related injuries 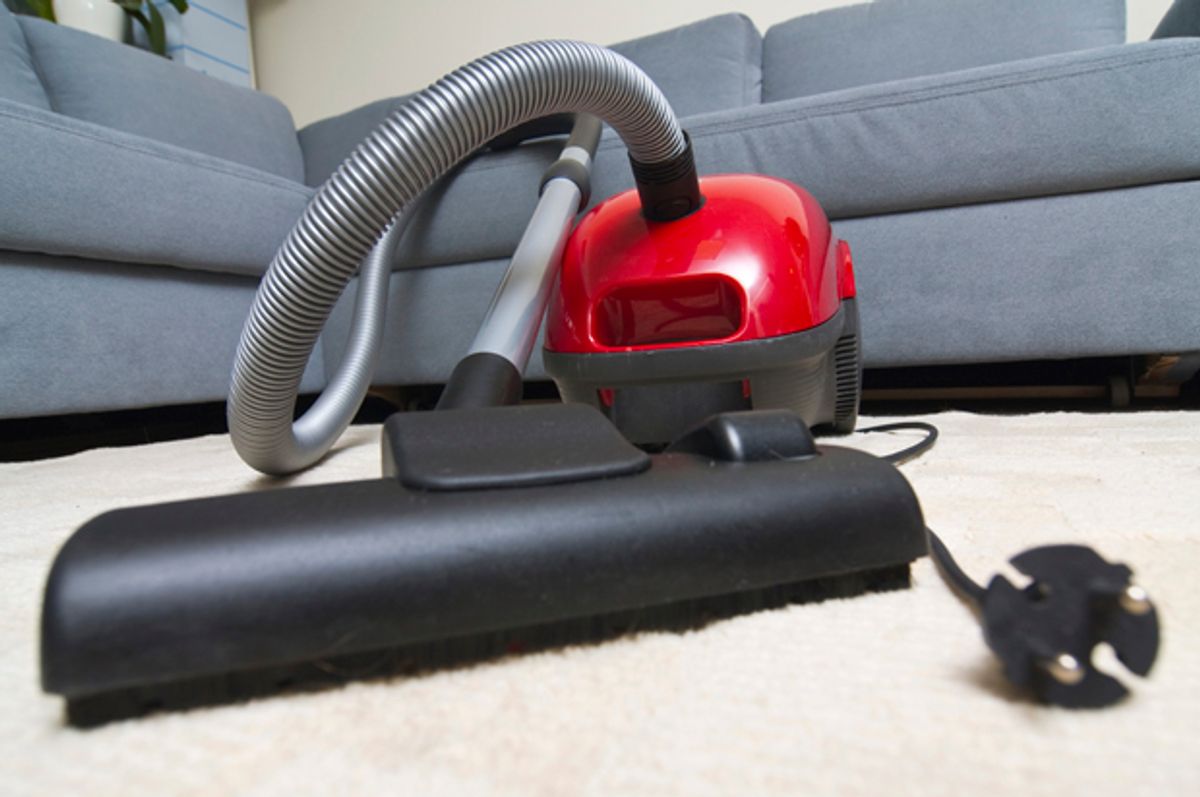 Now we bring you the best of the worst that can happen when trying to get off.

1. Don’t Put That In There! Vacuum Cleaners Are No Place For Penises

I see the appeal in wanting to make love to a vacuum cleaner. It’s got an inviting little hole that seems like a perfect home for a lonely member. But before you go sticking anything in deep, dark, mysterious places, make sure you know the equipment. Otherwise you could end up like one unfortunate New Jersey man.

Back in ‘98, a 51-year-old Long Branch resident made an urgent call to the cops claiming that someone had stabbed him in the crotch as he slept. Turns out, that wasn’t exactly what happened. The man was actually getting intimate with his Hoover.

Long Branch public safety director Louis Napoletano told the local news, “What he didn’t realize is that there’s a blade in the vacuum cleaner right under where the hose attaches that pushes the dust into the collection bag.”

About a half-inch of the man’s penis was sliced off. He was rushed to the hospital, and had to undergo microsurgery to stop the bleeding. As one ER physician explains, “People do a lot of weird things when they don’t have a partner.”

2. What Goes In Must Come Out…Eventually

Penises can fit snugly in a lot of different places. But what happens when the penetrative object is itself penetrated?

The International Journal of Surgery Cases published a report detailing the case of a 70-year-old man admitted to the hospital with “bleeding urethral meatus,” which in layman’s terms means his pee hole was in bad shape. Turns out he stuffed a 4-inch fork into his urethra in an attempt to “achieve sexual gratification.”

The fork was successfully removed using forceps and “copious lubrication.”

The report reads, “Autoerotic stimulation with the aid of self-inserted urethral foreign bodies has been existent since time immemorial and have presented an unusual but known presentation to Urologist.” You can read the report here, but be warned: it includes graphic images of the fork being removed.

Despite the risks, there are tons of guys out there putting things where they don’t belong. According to an article that appeared in Urology Journal, one guy had a carrot stuck up his urethra for two weeks.

3. Be Careful With Your Butt!

Why should penises get all the attention? Butts can be just as much fun. But as we learned from the previous example, some things just shouldn’t be shoved up there.

One case reported by the American Journal of Forensic Medicine and Pathology truly stands out.

The story goes like this: A 20-year-old man showed up at the emergency room complaining of rectal pain. He was sober, looked healthy and didn’t seem upset. But a digital examination presented a less-than-average affliction.

According to the report, abdominal plain films showed a vertically oriented, low-lying object in the rectum. They referred to it as a “stony hard mass.”

Turns out, four hours earlier, the guy was fooling around with his boyfriend when the two decided to stir up a batch of concrete mix. And then pour it into his butt with a funnel.

The report reads, “The patient laid on his back with his feet against the wall at a 45-degree angle while his boyfriend poured the mixture through a funnel into his rectum. After the concrete mass hardened, it became so painful that he sought medical care.”

The doctors managed to get the concrete mass out of the guy’s ass. They did, however, recommend a psychiatric consultation. The patient decided to pass.

The saw cut clean through the plastic sex toy. Most of the reports don’t go into too much detail about the injuries the woman sustained. What they do make clear is that the woman was suffering from heavy bleeding.

It was an accident, but you can see how an investigator’s ears would perk up after hearing a story like that. So they decided to talk to her. The woman told them the act was consensual, and that she and her partner were trying something new. The sheriff’s office concluded no crime had been committed.

It’s normal to get bored at work. And when you work in a machine shop, there are plenty of fun toys to entertain yourself with, but they really aren’t that great for pleasuring yourself with.

A machinist landed in the hospital after he decided to stimulate himself by rubbing his groin on an engine’s canvas belt. It ended badly. He wound up splitting his scrotum wide open. But these kinds of injuries are embarrassing, and not everyone is good at asking for help. He decided to take care of things himself… by stapling the wound together. That did not work.

When he finally arrived at the hospital, three days later, he refused to tell the nurse what had happened. He insisted on speaking to a doctor “who took care of men’s troubles.”

The doctor, who published the story in Medical Aspects of Human Sexuality, wrote, “After I asked the nurse to leave us, the patient permitted me to remove his trousers and shorts, and two or three yards of foul-smelling stained gauzewrapped about his scrotum, which was swollen to twice the size of a grapefruit and extremely tender. A jagged zigzag laceration, oozing pus and blood, extended down the left scrotum.”