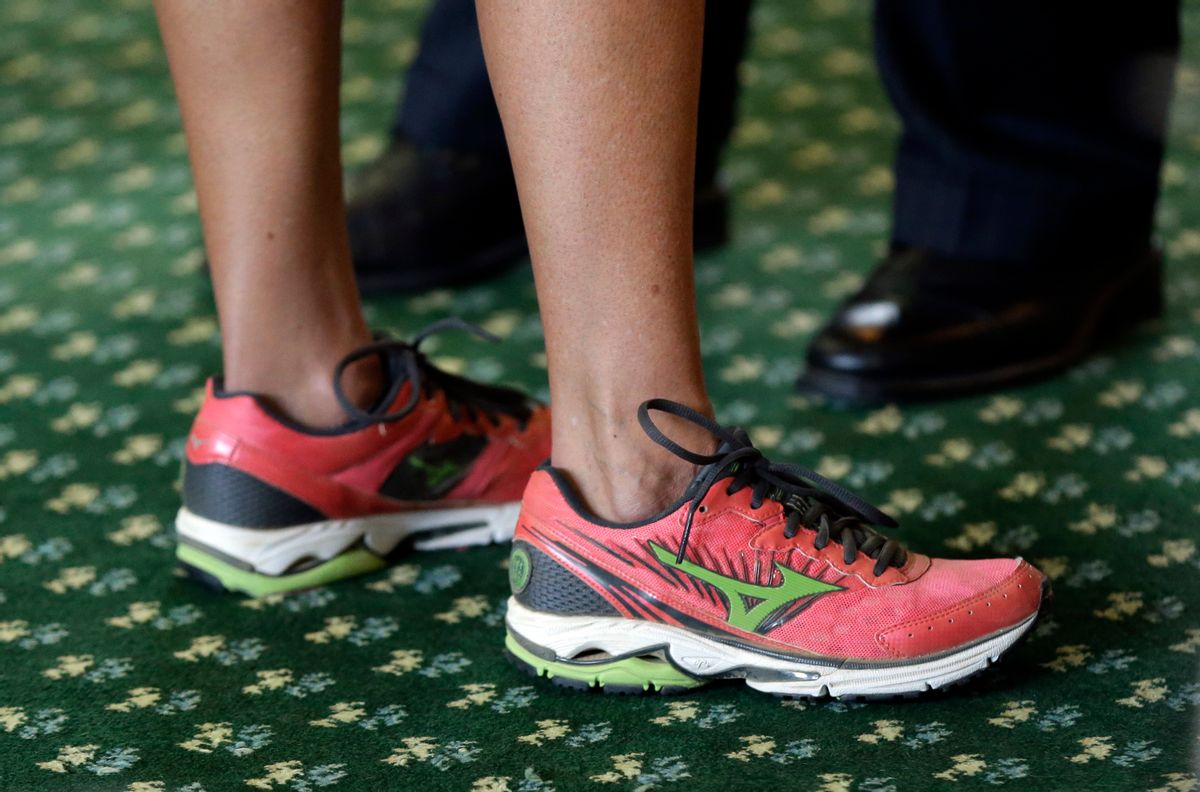 Sen. Wendy Davis, D-Fort Worth, wears running shoes as she filibusters in an effort to kill an abortion bill, Tuesday, June 25, 2013, in Austin, Texas. The bill would ban abortion after 20 weeks of pregnancy and force many clinics that perform the procedure to upgrade their facilities and be classified as ambulatory surgical centers. (AP Photo/Eric Gay) (AP/Eric Gay)
--

During Wendy Davis' notorious 2013 filibuster of the law that would become HB 2, one of Texas' contested (and extremely restrictive) antiabortion measures, the then-state senator drew attention not only for her hours-long defense of women's healthcare access, but also for her choice of footwear as she stood her ground. Davis' iconic hot pink sneakers, which acted as a prominent symbol of Texans' fight for reproductive justice, won't appear on the floor of the Texas Senate any longer, though; the former legislator was forced to give up her senate seat during her bid for governor (and subsequent loss to Republican Greg Abbott).

It turns out Davis' replacement -- Tea Party favorite Konni Burton -- figured this would be just the thing to highlight at her swearing-in ceremony. On Tuesday, Burton attempted to poke fun at Davis' loss by posting a photo of the shoes she planned to wear on her first day at the state capitol: a pair of cowboy boots emblazoned with the phrase, "Stand for Life."

"It's a new day and because of that, I wanted to step out and represent that in a visible way," Burton wrote on Facebook. "No more pink shoe drama for SD 10!"

HB 2, which passed during a special session in the weeks after Davis' filibuster, was contested before the Fifth Circuit Court of Appeals last week. The court has previously upheld parts of the law but is currently debating a provision that would require abortion clinics to meet the standards of ambulatory surgical centers, which would shutter the vast majority of providers across Texas.