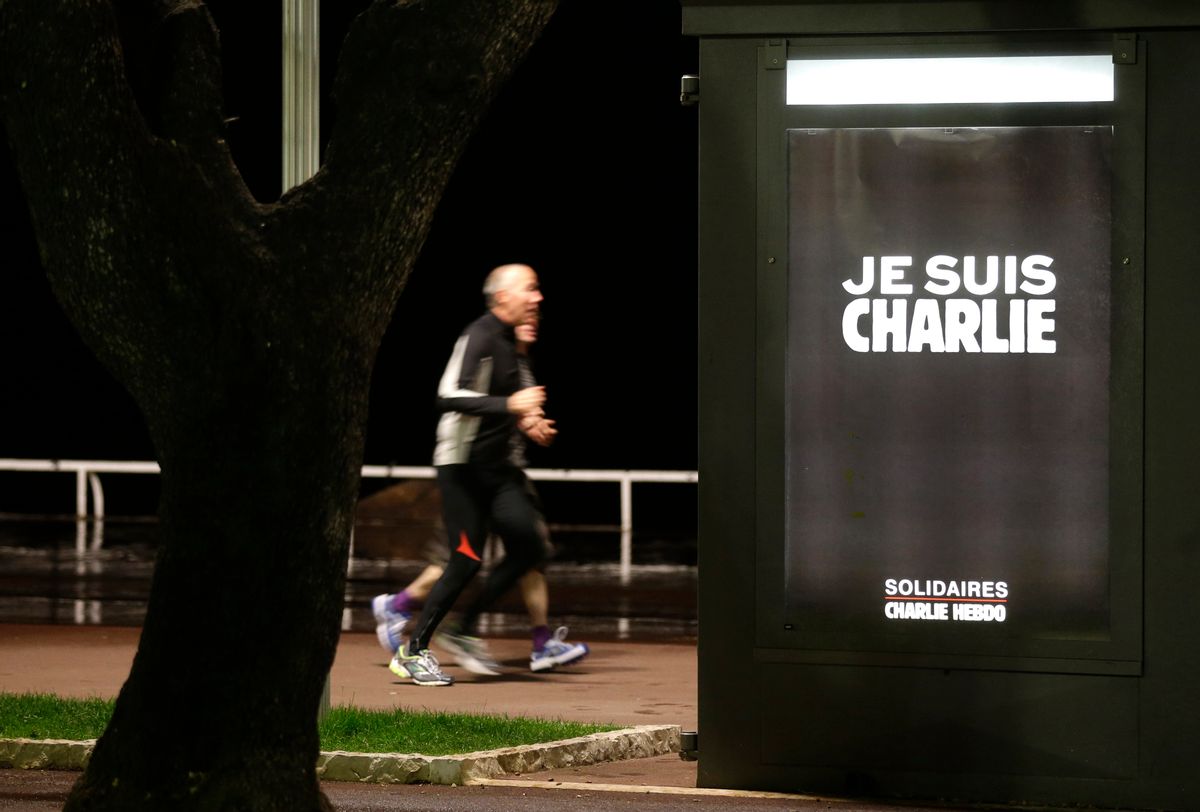 Mens runs next to a kiosk with a poster reading "I'm Charlie" on the "Promenade des Anglais" in Nice southeastern France, Wednesday, Jan. 14, 2015. Twelve people died when two masked gunmen assaulted the Charlie Hebdo newspaper's offices on Jan. 7, including much of the editorial staff and two police. (AP Photo/ Lionel Cironneau) (Lionel Cironneau)
--

1. WHO IS CLAIMING RESPONSIBILITY FOR PARIS ATTACK

The latest edition from the satirical weekly, fronting the Prophet Muhammad, has Parisians lining up before dawn to secure a copy.

More than half a million people pack the pontiff's Mass in Colombo where he declared the nation's Rev. Joseph Vaz a model for national unity and reconciliation.

4. CONGRESS PUSHES AHEAD DESPITE VETO THREATS

Republican lawmakers are ready to pass measures staunchly opposed by the White House, including one that would block Obama's executive actions on immigration.

5. WHY GOP RIGHT WINGERS ARE WELCOMING A ROMNEY RUN

Conservative Republicans are glad there's as much competition among establishment candidates as there's within their own fold.

The party lost Senate control and was trounced in state legislatures and governorships across the nation in 2014.

The director admits that the initial target date of late next year for the much-awaited movie was too ambitious.

A day after an Albuquerque district attorney charges two policemen with murder, a third one kills a suspect who returned fire.

The legendary director agrees to write and direct all the episodes of a half-hour series, expected to premiere in 2016, for the online retailer's Prime Instant Video service.

10. WHOSE LUCK RAN OUT AT THE SLOTS

Caesars Entertainment, owner of the famed casino empire, is close to a bankruptcy filing after its bet on gambling fortunes failed.