"Amazon has a formula": Why going from "Transparent" to Woody Allen is such a letdown 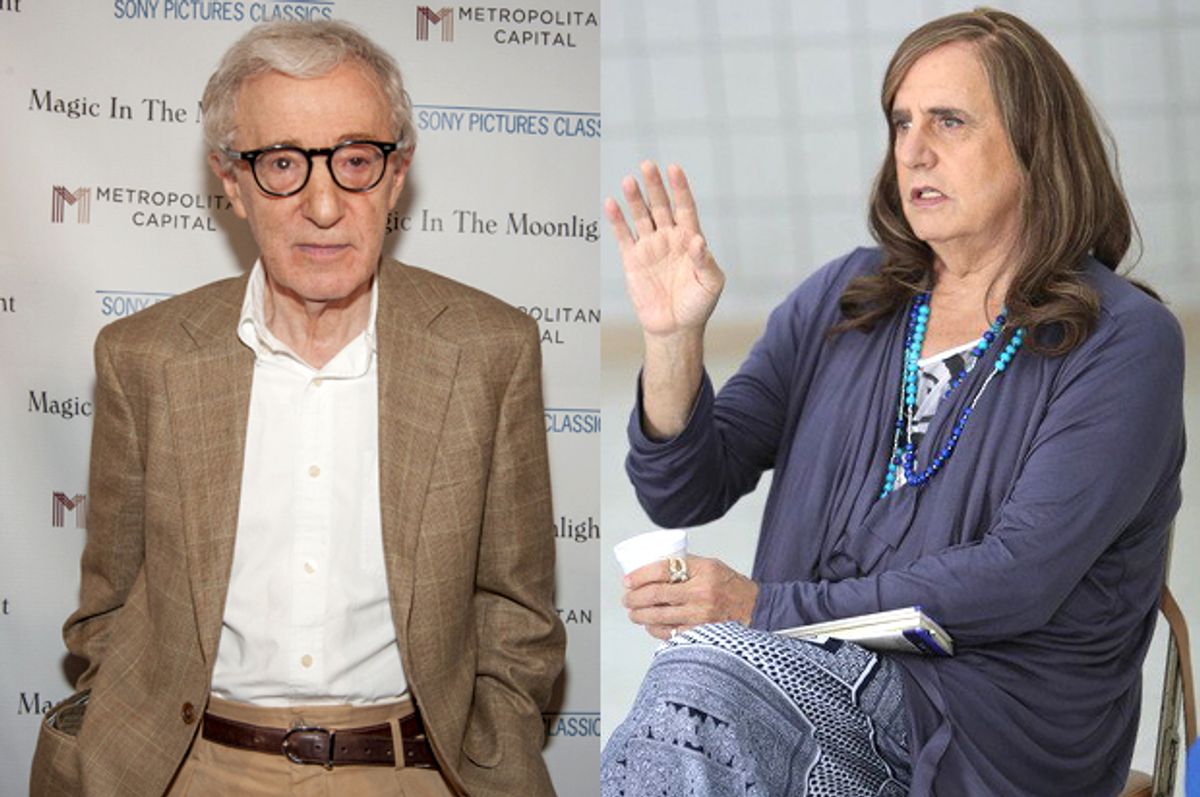 I believe Dylan Farrow and think Woody Allen is a rapist, so my immediate response to the news that Amazon had given him a deal to write and direct a series was, “Oh man, it sucks that a rapist just got a deal to write and direct a series.” And I had the same questions as others about why Bill Cosby’s career took a major hit (though I won’t claim, as some have, that a man who is currently touring and receiving standing ovations has had his career destroyed) while Allen has emerged unscathed. I mean, Cosby got nailed at this year’s Golden Globes while Allen was given a lifetime achievement award at the event in 2014. The sheer number of victims is undoubtedly a factor, as is, I think, race and the perceived credibility of the alleged perpetrators and victims in both cases.

But I also think that the Amazon deal is another example of how far the perception of being a white guy genius can get a person, and how networks are pretty skilled at making predictable and boring choices about which stories to tell and which people should tell them.

Amazon is riding a serious wave of critical acclaim following the Golden Globes. Its first series, Jill Soloway’s “Transparent,” was a hit. And launching its online originals with a series about a trans woman (played by a cis man, but baby steps, I guess) that was funny and heartbreaking and complex was interpreted by many as a harbinger of what was possible through new digital platforms -- that Amazon was going to put its considerable financial heft behind telling new, compelling stories that traditional television networks wouldn’t touch.

But now they have given Allen, who has had no trouble getting his films greenlighted and is prolific to an extent that feels absent a capacity to self-edit, another platform to tell slightly modified versions of the same old stories. The project, about which there are few available details, feels like an underwhelming choice in the shadow of "Transparent" and all of this talk about the bold potential of original online content. And a formulaic choice, as one media analyst put it. “Amazon has a formula; they know what sells,” Pivotal Research analyst Brian Wieser told the New York Times. “Presumably they are making a calculation in terms of not offending some of their customers while concurrently appealing to others.”

And in so many ways, I get it. Amazon sees an audience, and moved on it. I have read, watched and loved movies, books and television shows about neurotic, affluent people with really good taste in couches who are emotionally complex and do good and bad and sometimes self-sabotaging things to themselves and one another. Allen does this well, but, then again, so does Nicole Holofcener.

There are countless other people who do not look like Woody Allen who have compelling, complex stories to tell. And there are lots of other kinds of stories -- stories that some audiences don't even know they want to hear yet precisely because they haven't heard them yet. Different voices, new perspectives. That's what giants like Amazon have said about the promise of digital content. So why go for the safe artistic bet? And why go for the safe artistic bet that is also alleged to have raped a child?

Allen is, I believe, a rapist. He is also an uninspiring choice to make at a moment when shows like "Transparent" and "Orange Is the New Black" have shown that different ideas and perspectives can make money and push audiences. It's also a choice that limits our storytellers and reinforces a mostly closed system that exalts legacy artists and gives white guys lots of opportunities to tell the same stories over and over again. Maybe Amazon is comfortable with both of those things. But if it wants to be seen as a brave new force in creating original series, it will need to be a little braver about the stories it wants to tell, and whom it wants to tell them.