Good news, Steve Scalise! K Street still has your back 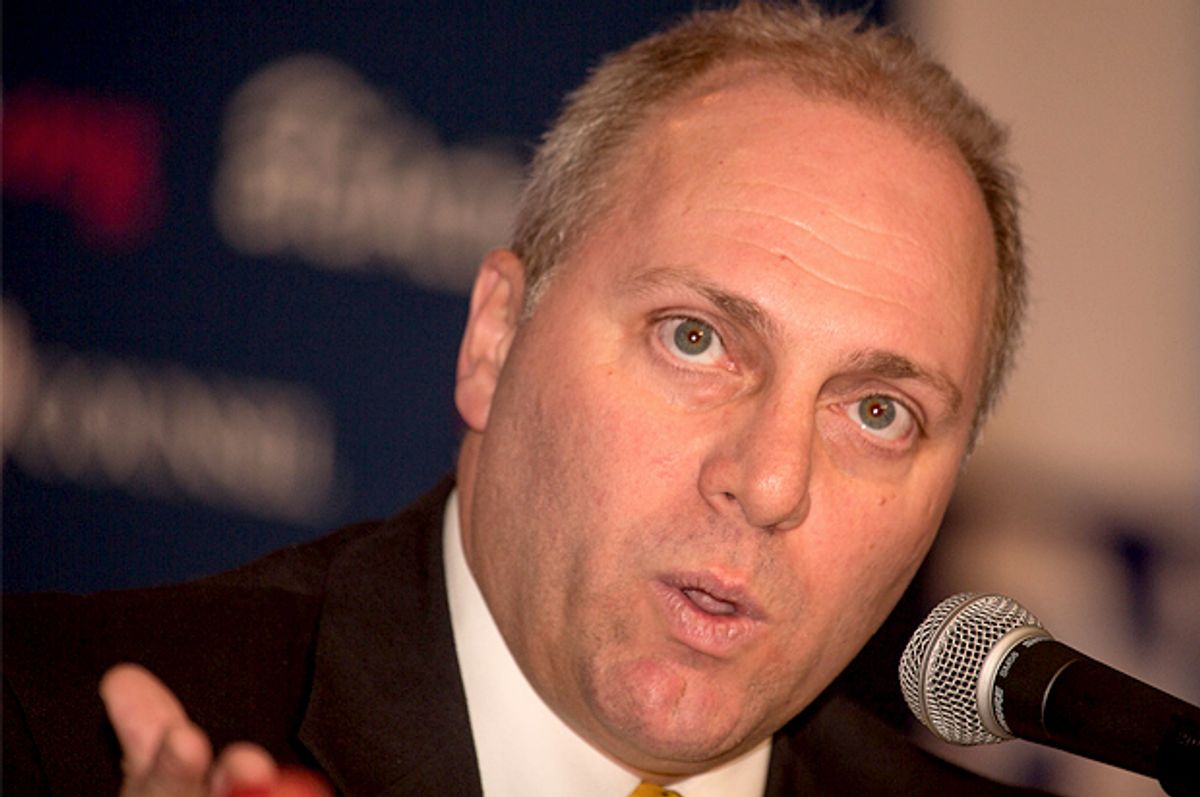 Just when House Majority Whip Steve Scalise thought he may have weathered the controversy surrounding the revelation of his 2002 appearance before a white supremacist group, the Louisiana Republican found himself once again making headlines for all the wrong reasons, after The Hill newspaper uncovered a 1996 report on Scalise's vote as a state legislator against a resolution apologizing for slavery. Add Scalise's votes against making Martin Luther King, Jr.'s birthday a state holiday to his 2002 speech and 1996 slavery resolution vote, and a pattern starts to emerge.

But even as a strange-bedfellows coalition of civil rights advocates and anti-establishment Tea Party conservatives agitate for Scalise's ouster, there's one constituency that's keen to curry favor with the third-ranking House Republican: K Street lobbyists.

On Tuesday, the congressman hosted a "Meet Steve Scalise" reception at the Capitol Hill Club, where 300 lobbyists, consultants, and assorted politicos lined up to get acquainted with Scalise and his fundraising operation. According to Politico, representatives from such companies as Comcast, American Airlines, and T-Mobile attended the event, where the publication reports that Scalise's 2002 speech before former Ku Klux Klan Grand Wizard David Duke's European-American Unity and Rights Organization never came up.

Outside the event, a group of demonstrators protested against the congressman, chanting, "Racist, sexist, anti-gay, KKK, go away!"

Despite the firestorm concerning Scalise's troubled racial history, House Speaker John Boehner has defended his lieutenant, telling reporters he knows “what’s in his heart.” But for those who protested on Tuesday, it's precisely what's in Scalise's heart that most bothers them. For Beltway wheeler-dealers, however, there's business to be done.