A jury decided not to indict the officer 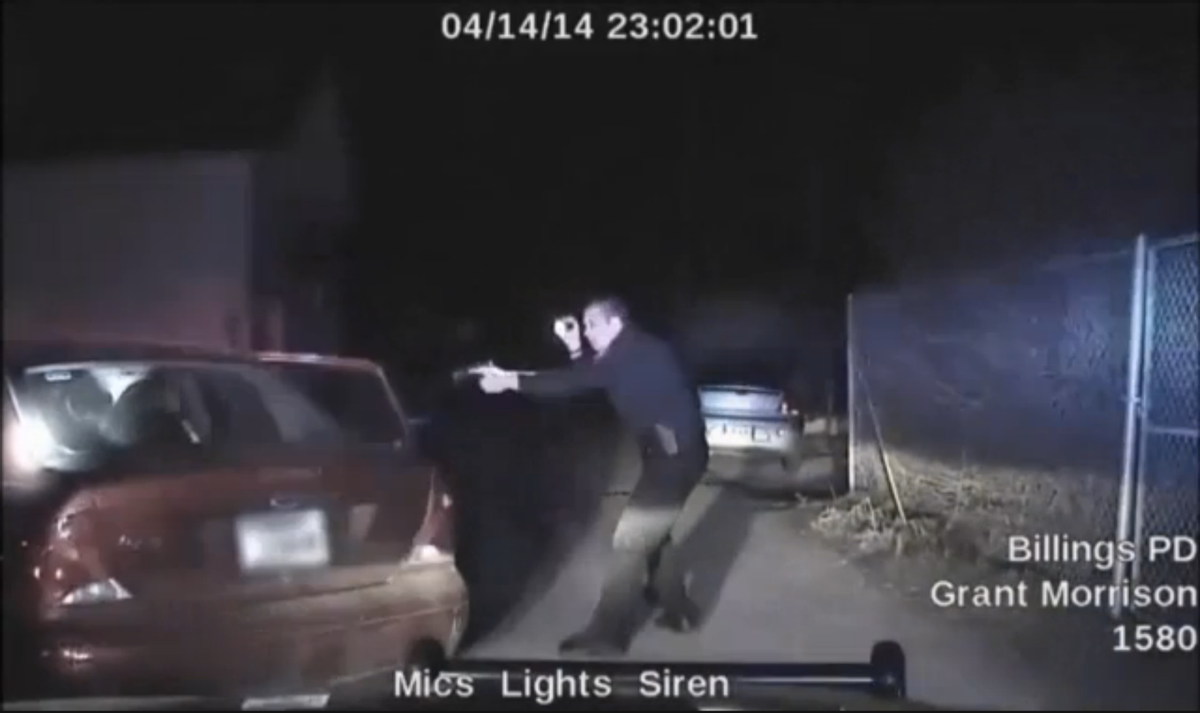 A newly released dashcam video shows Billings, Montana Police Officer Grant Morrison breaking down after fatally shooting an unarmed man during a traffic stop last April. In the video, one can see Morrison instructing the suspect, identified as Richard Ramirez, to put his hands up, then shooting three times from outside the car. The video then shows the cop sobbing after the incident.

Regardless, a jury decided on Wednesday that Morrison was justified in his decision to shoot Ramirez, who was high on methamphetamine at the time of his death.

It was the second time Morrison has shot and killed a civilian in a traffic stop, according to the Billings Gazette newspaper. In February 2013 he killed James Shaw after shocking him with a stun gun, an incident which was also caught on video by a dashcam, the Gazette reported. An advisory panel decided that the cop was justified in shooting Shaw.

Ramirez's family plan to file a lawsuit against Morrison and the Billings Police Department.