The magazine blamed its UVA reporting errors on a commitment to survivors. Then hired an alleged predator 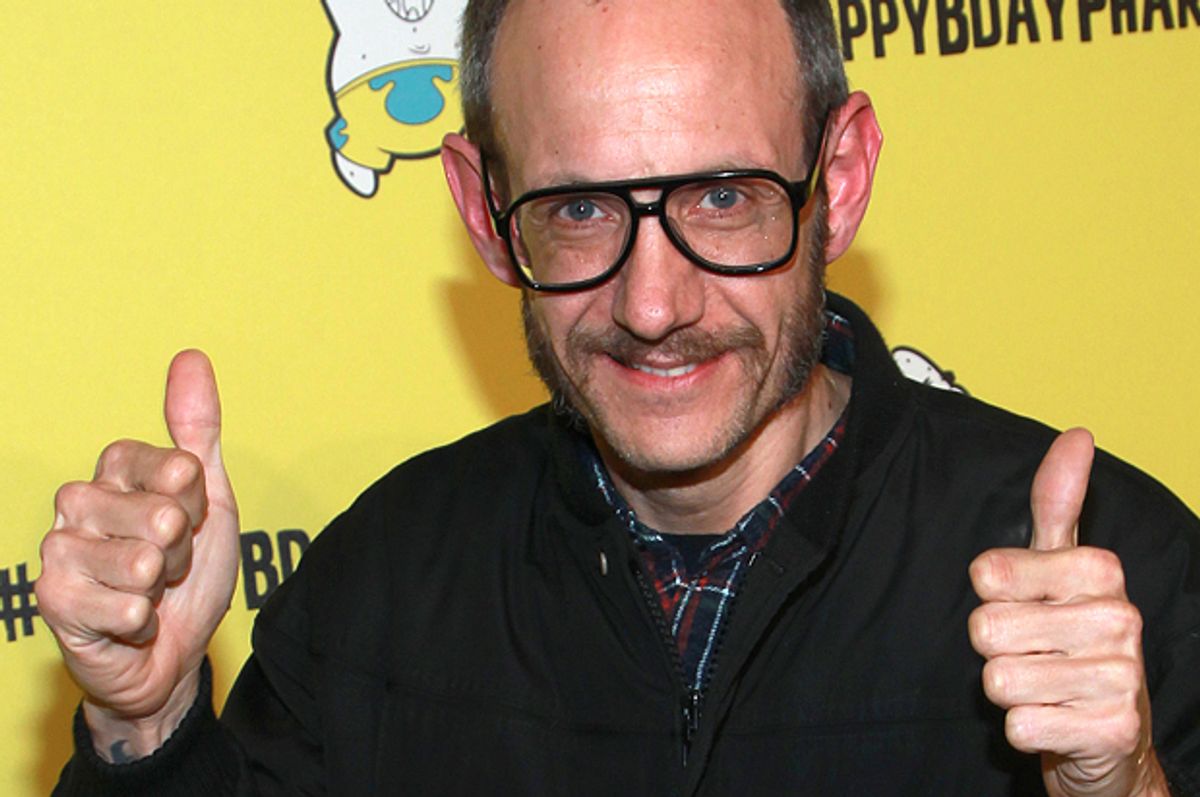 Photographer and alleged serial predator Terry Richardson may have seen a little of his cover work dry up in 2014, but it appears that after an eight-month slowdown, “Uncle Terry” is back at it.

As Jessica Testa reported Thursday at BuzzFeed, while magazines like Vogue and W have cut most ties, Rolling Stone and Harper’s Bazaar enlisted Richardson to shoot their February 2015 covers. His work has been featured in a number of magazines and advertising campaigns over the last year, but his images hadn’t made it on the cover of a mainstream American publication since May 2014. Rolling Stone and Harper’s Bazaar are the first to break with what seemed like an informal cover boycott in the wake of mounting allegations of sexual misconduct.

Richardson has now been accused of predatory behavior or sexual abuse by more than a dozen women. The stories women have shared are often about being young, new to the industry and sexually degraded while assistants looked on. Here’s what model Jamie Peck had to say about her experience working with Richardson when she was 19:

I’m not sure how he maneuvered me over to the couch, but at some point he strongly suggested I touch his terrifying penis. [...] This is where I zoom out on the situation. [...]

I must have said something about finals, because he told me, “if you make me come, you get an A.” So I did! Pretty fast, I might add. All over my left hand. His assistant handed me a towel. I was supposed to get a signed print as payment but I felt so gross about the whole thing that I never went back. A while later, someone told me my picture was in Purple.

The move to work with Richardson signals a specific kind of departure for Rolling Stone. Last year, the publication claimed that its ethical and reporting failures on a feature about rape at the University of Virginia were in the service of protecting victims. In a correction to the piece, managing editor Will Dana wrote that the magazine had failed to properly investigate the story in an effort “to be sensitive to the unfair shame and humiliation many women feel after a sexual assault.” Rolling Stone's recent history on the issue makes the decision to work with Richardson an odd one.

Particularly when it's so easy to not work with Terry Richardson. Even if a magazine truly loves his unique ability to get celebrities to wear his glasses and stick up their thumbs, the decision to hire him isn't just at the expense of the women who say they are his victims, it could also potentially compromise the safety of the women being photographed.

And if women’s safety really isn’t a magazine's thing, what about creativity? Think what you will about Richardson’s faux-authentic harsh flash candids, but he has been producing the same work for more than a decade now. Aren’t we bored? And if that’s really the look these magazines are gunning for, there are lots of other photographers with similar sensibilities who don’t, you know, pressure women into giving hand jobs during shoots.